Don’t You Want Me? A Guide to Ghosting

‘Ghosting’- a relatively common dating colloquialism in which a communication blackout occurs. Instead of facing up to the reality that one person does not want to pursue something with the other, the latter is left suspended in confusion. It most often occurs after having gone on a date or two, but can happen at any point whilst you are seeing someone… depending on how heartless the other person is. Albeit a convenient get out clause for one person, for the other it can provoke a very visceral reaction; and it has happened to most people I know. 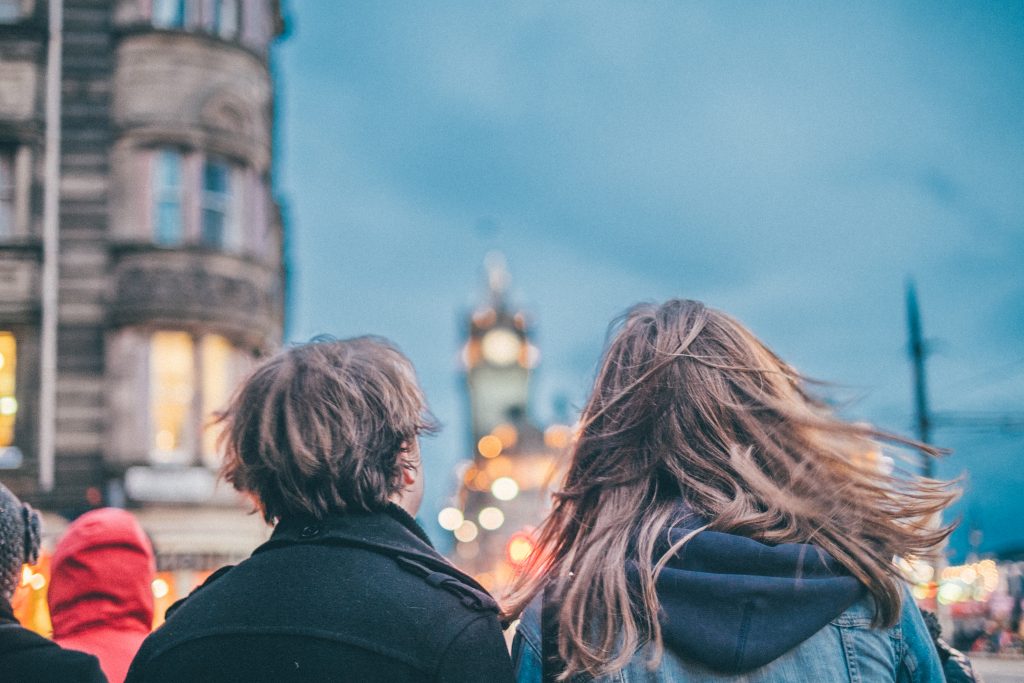 Unfortunately, there’s a logic behind ghosting. In the mind of the ghoster, it is easier to ignore the issue and hope it fizzles out rather than deal with confrontation and let someone down. Of course, no one wants to upset someone. But, what would hurt more: telling someone upfront that you don’t see it going anywhere, or leaving someone in the dark, anxiously waiting by their phone for days with the inevitable realisation that they are not worthy of a response?

This is problematic because if ghosting happens again and again, you become conditioned into accepting this as a given trajectory. Why go out on a limb when, as previous instances have informed you, your efforts will be quashed? It is much safer to accept the inevitable ghosting than to risk the embarrassment of being left on read, after all.

Once ghosting becomes a pattern, catastrophizing begins. Let’s take as an example a situation in which someone you have gone on a few dates with doesn’t reply to your text. You’ve seen that they have been online, however you also see that your message remains unread, but nevertheless delivered. Anyone who hasn’t been on the receiving end of ghosting would assume that the other person is simply busy. We don’t all have time to reply to texts and messages as soon as the notification pops up. Yet, that ‘last active’ time stamp emblazoned at the top of the screen is quite possibly the most frustrating aspect of social media. For someone who has been ghosted before, this situation plays itself out like a broken record. You panic. It is the helplessness of the situation that is the worst. You cannot do anything, and god forbid you double message. So, you wait. Maybe you mute the chat so that if they do reply, you can give them a taste of their own medicine. About half an hour later you’ll realise that muting the chat is causing you more anxiety, so you unmute it. But, let’s place the phone on night time mode, then you won’t be disturbed if they reply, right? This is ultimately futile because your notifications pop up on your laptop, regardless. You then resolve to avoid going on Facebook so that it looks like you have a busy life and that you are definitely NOT sitting by your phone, waiting. You then decide that this is ridiculous. So, you go on Facebook, only to see that they have been active once again, yet your message remains unread. This is when the fear kicks in. Am I starting to sound insane, yet?

By now, you have half accepted that you will be ghosted… but equally, you are still clinging on to giving them the benefit of the doubt. Your next port of call is your friends, who undoubtedly assure you that you are jumping to conclusions and to only worry if you haven’t heard back within a day. Three hours later their advice changes its tone from optimism to damage control. ‘Anyone who doesn’t reply to your message is not worth your time anyway’ messages pour into the group chat. Although this is true, it doesn’t help to explain why someone thinks that it is ok to ghost someone, nor does it relieve your growing inferiority complex.

In situations similar to this, I have seen friends panic. It may sound extreme, but you can’t help but allow it to affect your self-worth. You spiral into realising it was yet another futile romantic endeavour. Why invest time into someone for them not to even communicate their intentions to you? Being kicked down again and again inevitably takes its toll. You cut yourself off from any potential romantic situations and you start to become very cynical about anyone who actually does reply to you, thus sabotaging any future flings. All because someone didn’t text you back. Simple, but destructive, nonetheless.

I’d have a lot of respect for someone who could send a message to someone after seeing them for a few dates to communicate their intention to prevent this from going any further. Like taking off a plaster, it’s quick, and only temporarily painful. Just because someone doesn’t think there is a connection between you, does not mean that you are worth any less. It is simply that you’re not compatible romantically, but it implies a modicum of respect for the other person. However, if someone doesn’t think that your message warrants a response, and doesn’t think that you deserve to know that they are terminating the situation, it has a direct impact on your self-worth. Nothing is resolved. Was it because you did something weird in bed? Was it because you drunkenly got with their friend in a club in first year? Was it because they thought you were unattractive? Well, with all these contentious questions, it is no wonder I’ve seen friends panic and breakdown when they are on the cusp of being ghosted. In fact, if someone doesn’t ghost me, I find it completely disconcerting. That’s healthy, right?

Although it is easier said than done, the worst thing you can do is fixate on why someone has ghosted you. There are countless potential reasons, and you’d be doing yourself a disservice obsessing over why whilst you listen to The Human League ‘Don’t You Want Me’ on repeat, crying and replying to those innocuous ‘hey x’ messages you received on Tinder a month ago. Even though your friends’ advice may seem misguided and you may have wanted this person to be the ‘right’ one for you, the premature ghost is a big red warning sign, and, most likely, a blessing in disguise. Much better to be ghosted within a few weeks of knowing someone than five months down the line.

Ultimately, although difficult, it is much better to take ghosting in your stride. If you accept being ghosted as the inevitable, you will avoid investing in people. So, while this may save you from a lot of upset, you may end up driving away people who would never dream of ghosting you. Not everyone is cut from the same cloth; and it’s important to bear that in mind.