Categorising “Sexual Minorities”: Is LGBT the best we can come up with? 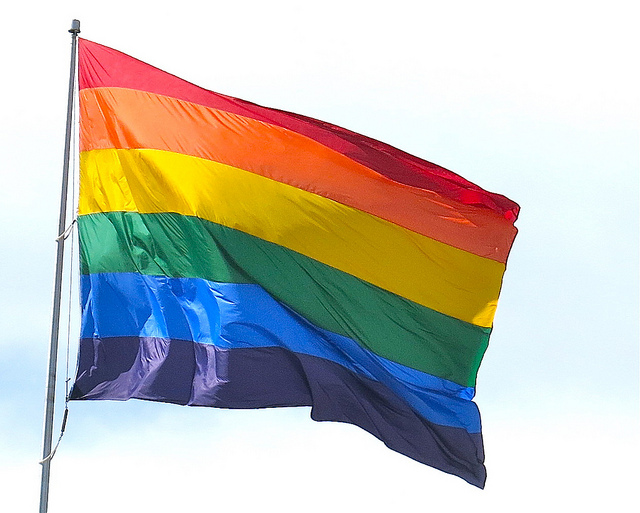 Is LGBT too narrow a category?

What is the first word that comes up to your mind when you try to describe two members of the same sex kissing each other? Gay? That is what most people would say. However, not everyone who is engaged in activities deemed non-heterosexual is gay or lesbian, surely. They may be bisexual, asexual or even trans who feel attractions towards members of the new sex they have had a sexual reassignment surgery to. As you can see, the world is not as simple as many of us assume it to be.

A few months ago, I saw a post on Facebook trying to categorise people whose gender and sexual identities differ from those of the mainstream in the Thai society. Interestingly, despite it being a mere joke about how sexually diverse society there is, the post holds a truth most people who scrolled through it would probably forget soon after. Over 20 other groups who are not straight, but yet do not fit comfortably in the grouping of LGBT, are listed. This poses the question that I am aiming to tackle in this article. If there are so many other gender or sexual identities present out there, such as asexuality, pansexuality and transvestism, to name a few, is LGBT a good enough term to be used?

This current and most common abbreviation can have a devastating effect on those struggling with their identities, when they do not see themselves as being a member of any one of the groups. They may feel like they do not fit in anywhere, sexual or gender-wise. Moreover, there are people who do not seem to be able to go under any label, as mentioned previously. Through keeping the use of the term LGBT, we can unintentionally emphasise that they are the minority within a minority, causing further feelings of alienation. Being discriminated by some members of the dominant sexuality is already enough to deal with. There is no need for those who don’t fit in any of the current labels to have to deal with the accusation of being confused, as well as being constantly told to make up their mind by the majority of the LGBT community. This pressure for each individual to find out which label they belong under leads to unnecessary stress.

The name for the non-heterosexual community can be very important in combating such prejudice and alienation. As long as the most common term used remains limited to four subgroups out of many more, many members of the sexual minorities will naturally limit their circle of empathy to lesbians, gays, bisexuals and transgenders. An addition in the number of letters would help to make the dominant four classifications feel more related to those different from them, through acknowledging their existence and the presence of great diversity within their community. This should improve treatment and inclusion of some other parts of the community.

Sexual and gender identities are increasingly becoming seen as something fluid. As shown by the Kinsey Homosexual-Heterosexual Rating Scale, sexuality is more of a spectrum with different individuals having dissimilar levels of attractions towards members of the same or the opposite sex. Some people who refer to themselves as ‘gay’ may occasionally feel attracted towards the opposite sex, while those calling themselves ‘straight’ may also experience this towards their same gender group a few times over the course of their lives. To illustrate further complications, categorising sexual minorities is even harder than what the Kinsey Scale suggests, because it does not explain those attracted to the genderqueer or asexuals who do not feel any romantic attractions at all.

Despite all of these problems posed to humanity’s aim to categorise sexual minorities, the term LGBT does have its merit of reminding people that there is more to non-heterosexuality than L and G, as Carol O’Flaherty, Castle’s LGBT Welfare Rep, points out. This helps to raise awareness of the range of problems faced by non-heterosexuals which still have to be solved in today’s society. It also provides an easy and simple basis for legislation when equality for people of different sexual and gender identities has not yet been achieved, as transgenders have different legal needs as compared to the first three groups in LGBT. The term, therefore, does have its benefits. Although it has to be said that the limited letters contained in the abbreviation can make the causes for other groups, such as the polyamorous, harder to be recognised.

The letter Q for ‘queer’ or ‘questioning’ is nowadays sometimes put behind the more common acronym, reminding us that sexual and gender identities are much more extensive and far-ranging than what we would have thought at first. The word queer is an all-encompassing term, referring to all non-heterosexuals, as well as heterosexuals who like to engage themselves in the culture of sexual minorities. It therefore has the potential to be a better word to use to refer to what is at the moment termed as the ‘LGBT Community’, with the users keeping in mind that this can be separated into a large array of generalised subgroups. Nonetheless, the word has a pejorative root and can still cause offence to some people.

It seems that the better way to reverse the negative effects of the current categorisation of sexual minorities is not to add more letters to LGBT, but rather to accept that sexuality is not something that can be easily divided into clear, concrete groupings. Labels are abstract concepts we have come up with to make things easier for us to understand, but it should not create negative impacts on people’s lives. Everyone is different, and maybe there is no such thing as ‘sexual minorities’. All of us, including ‘straight’ people, are only at different points within these spectrums of gender and sexual identity. In order for all non-heterosexuals to be fully accepted amongst the wider society for who they are with their own unique identity, we have to break down these mental barriers set up by labels. Only with this can true equality for everyone, no matter where they stand on the spectrum, be achieved.