“Living in a very heteronormative and increasingly sex-enthusiastic culture is very isolating if you don’t conform to it.”[1] Interviews with people who identify as asexual often follow this narrative. They reveal that, despite increased awareness, asexuality is still misunderstood, stigmatised and underrepresented in the media. Yet, according to estimates, 1-3% of the UK population identify as asexual.  This equates to up to 2 million people.  So, what exactly is asexuality?

Asexuality is often misconstrued as an aversion to romantic relationships.  Yet in reality, it is a sexual orientation where a person does not experience any form of sexual attraction to others.  By taking ‘sexual’ as the operative word, this means an asexual person may still desire love and affection. However, this definition of asexuality is rather reductive. It is best to see asexuality in terms of a spectrum:

The problem that asexuals face is that while society are beginning to recognise their orientation more, it is still not properly understood. This is largely due to the lack of discourse on the matter. Michael Doré, campaigner for The Asexual Visibility and Education Network (AVEN), sums up the issue:

‘Asexuality still isn’t really an option that’s talked about. People think if you’re not straight you’re probably gay or you might be bi. So even though there has been more awareness of asexuality in recent years, it is still a relatively young movement, and there is still a long way to go.’[2] 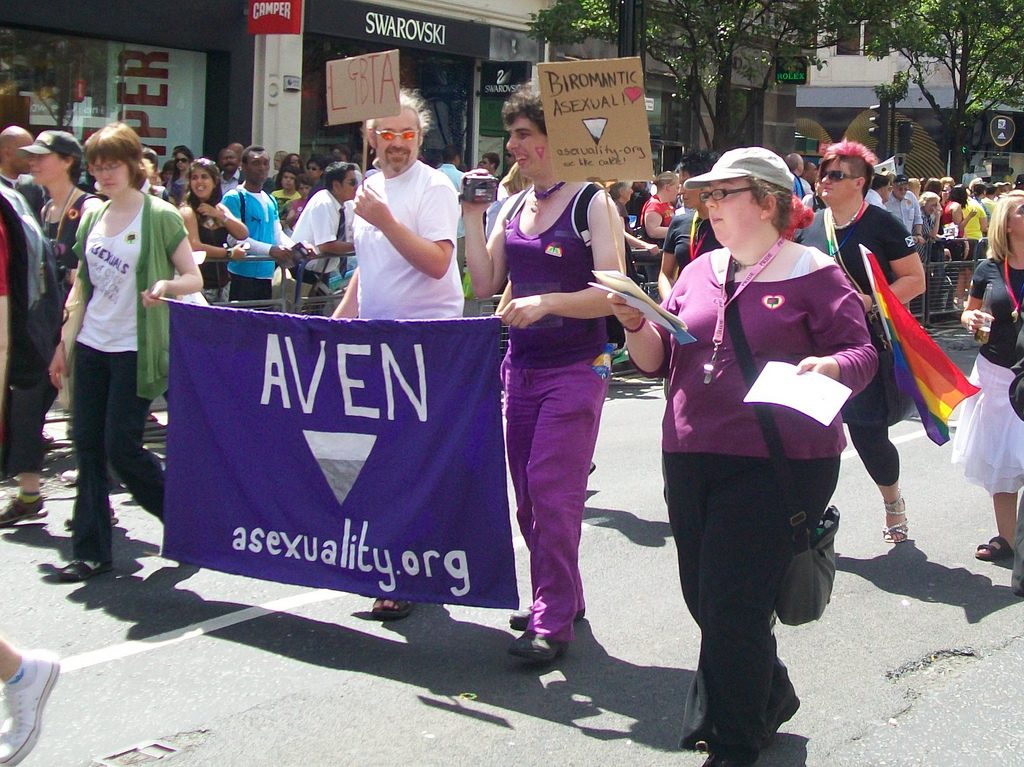 How many films or TV programmes have you seen that involve an ace (asexual person)?  I daresay none, or very few.  It is no wonder, therefore, that asexuality is still considered a taboo.  In our hyper-sexualised society, which often values beauty and sexuality over anything else, asexuals are seen as misfits and outsiders.

As I see it, there are two major changes that need to be implemented in order for asexuality to be fully integrated into society’s conventions.  Firstly, asexuality needs to be represented more in the media- from advertisements, to TV series, to fiction.  The second (and arguably much more difficult) solution is to challenge the hyper-sexualisation of individuals.  Why should a person be defined by the number of Tinder dates or sexual partners they have?  As a society, we shouldn’t have to conform to the overly-exaggerated sex drive presented in the media and perpetuated by the modern-day dating culture. Having said this, there have already been some positive developments which include:

Thanks to these initiatives, asexuality is becoming more accepted and it’s bizarre to think that it was once a medicalised condition in the Western world.  It is not seen as a problem to fix, but rather an orientation with which people identify. Ultimately, asexual people are HUMAN.  They have feelings, emotional needs and often desire close relationships with others.  Sex is not the be all and end all.  Through education and activism, let’s hope that people who identify as asexual will gain due representation and society’s recognition.

For further information and advice on asexuality, visit the Asexual Visibility and Education Network- http://www.asexuality.org/