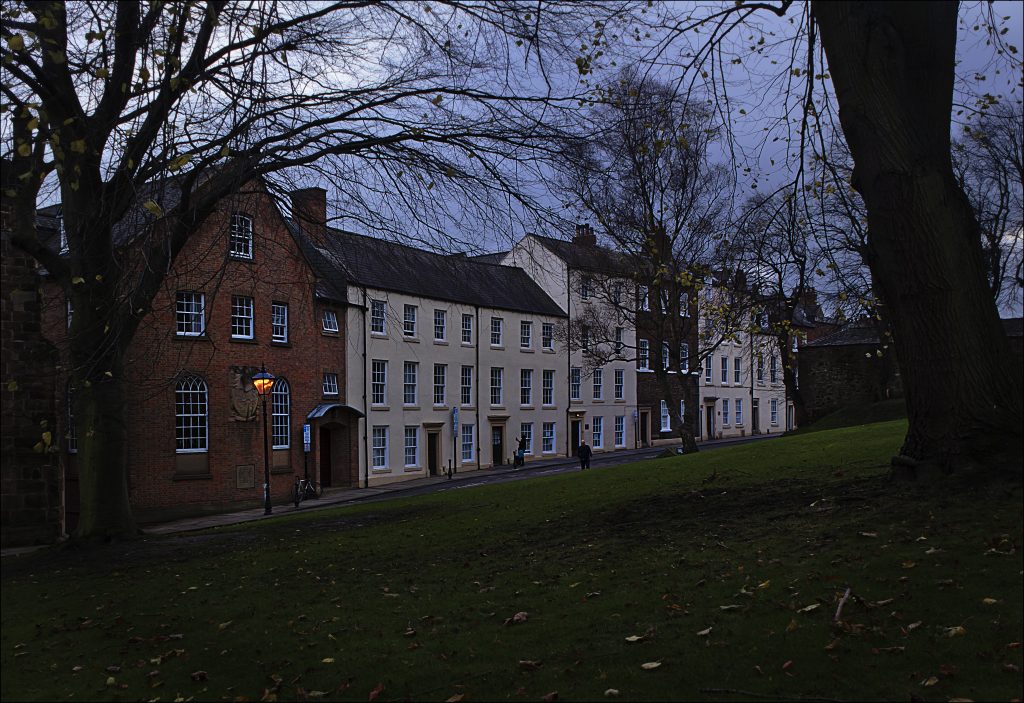 Price for 1: like £8k or something idk. A rip off anyway.

Three things are certain in life; death, taxes, and shockingly bad college food. When I first looked round Durham, I was told Chad’s had by far the best food of any of the colleges. That was a lie. Or maybe it wasn’t, in which case I feel bad for everyone else. I was promised Daim cheesecake. I chose Chad’s for that damn cheesecake. I’m still salty I’ve never been given any. Unless they had it last year when I lived out, in which case I feel betrayed. Anyway, brunch is great, I’ll give them that, and their soup at lunch is decent, but everything else is just abysmal. Take Monday night’s dinner for example….

I’ve given atmosphere a 10, because I do genuinely love college, and because when you’re with your friends you’re all brought together by a mutual hatred of college food in a nice room.

The catering staff are also, for the most part, lovely, but god forbid you forget your meal card. “You never remember that damn card”. Yes, sorry Sandra, but when was the last time you remembered to add seasoning or any kind of flavour to my food? Exactly. The point of the cafeteria set up is to get served quickly, but I’ve waited for shorter periods for Paddy’s at 2am. Service is even slower on a Friday. During the grand kitchen refurb last year, it didn’t strike the designers that they might need to install more than just the one fryer to supply over 150 people with fish and chips.  When you do finally get served, there’s a ‘selection of quality options’. Ha. On Monday option one was Japanese style prawns. Apparently deep-frying counts as tempura now. As usual though, there were about five prawns left. And that’s a recurring problem. They don’t stock up frequently enough, especially on the deli counter, meaning if you’re not there immediately you’re left to fight for scraps of cucumber, like a desperate vegan in a post-apocalyptic world. Option two was some roast veg chilli in a taco (brown sludge), whilst three was roast pork loin, supposedly covered in mango glaze, which I went for.

Bad choice. Would rather have starved.

It was served with crispy potato balls, mange tout, and mixed carrot and swede. Potatoes are so prevalent and dreadful in college that when I went home for the holidays in first year, I refused to eat them at any meal. Doing so gave me horrible mashbacks… I mean flashbacks. Anyway, the crispiness had turned to sogginess in the measly dribble of anaemic gravy on my plate, so they were a write-off. The mange tout hadn’t been cooked properly so they were crunchy, yet still totally devoid of flavour, somewhat like the rice college serves with some meals. How they can screw up rice so badly it’s crunchy I’ll never know, but it’s just something I’ve come to expect. It’s now more of a shock when they do get it right. The carrot was crunchy as well, which was odd, given the swede it was cooked with was soft. Neither were particularly edible. The pork itself was just terrible. The mango glaze was nowhere to be seen/tasted, and, once I’d managed to laboriously hack my way into the meat (more exercise than I’ve done all year), it was chewy and fatty. I could have used it as a door stop it was that hard. At least it tasted of pork, so I guess I should be thankful for that.

The saving grace of the meal was the slice of cake for dessert, which was moist and delicious. But it would be – it wasn’t made by Chad’s.