The pitfalls of the modern mode of mass tourism need little explanation. The industry is responsible for 8% of global greenhouse emissions a year with a (pre-pandemic) growth rate of 3-5%. The impacts are tangible, 93% of the Great Barrier Reef is dead and the ‘paradise paradox’ of the Maldives means it is projected to become the first country to relocate its entire population as a result of rising sea levels. The social, economical and environmental devastation impacted internationally does not require elucidation. Yet, when Googling the ruinous ramifications of tourism on these locations, a plethora of articles encouraging mass tourism to these ‘bucket list’ locations are readily available. Each seems to come with a mandatory yet brief stipulation that visiting these destinations must be accompanied with a commitment to ‘ensuring sustainability’. The paradox is self-evident.

COVID-19, however, has all but halted international travel for now, sparking continued and vital discourses surrounding the definition and the nature of ‘tourism’ and the ‘tourist’. The term nanotourism was coined by Aljoša Dekleva and Tina Gregorič in 2014. They define it as a “constructed term describing a creative critique to the current environmental, social and economic downsides of conventional tourism, as a participatory, locally oriented, bottom-up alternative.” Its definition is twofold, by “finding and learning from existing experiences and by identifying and creating new site-specific case studies.” 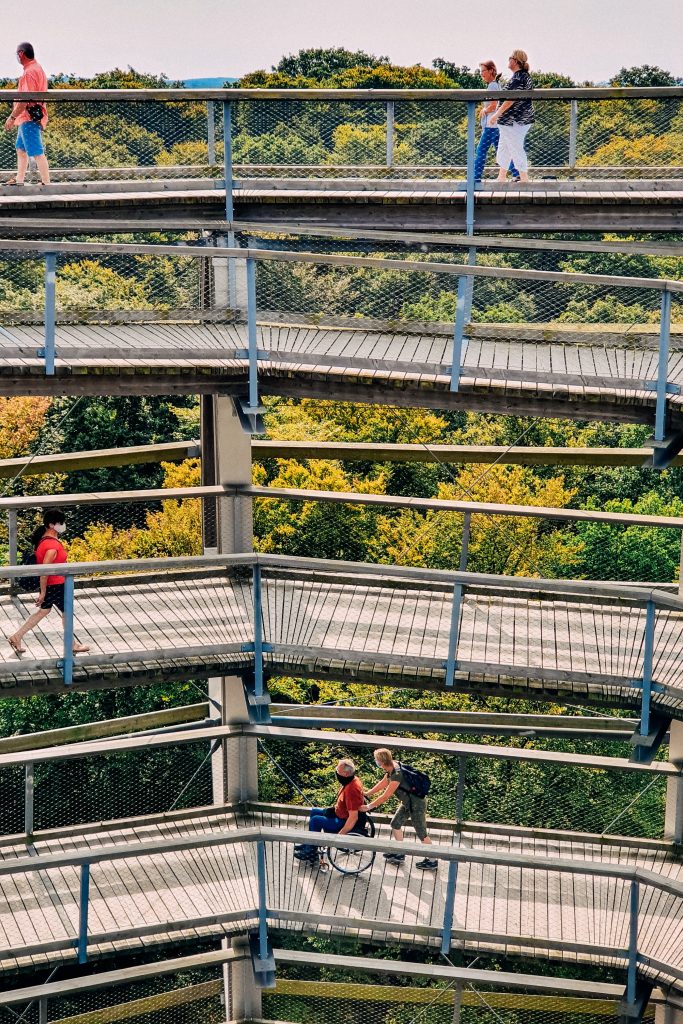 Image by Daniel Frese via Pexels.

Nanotourism can therefore be imagined as a mindset, a concept or an approach, existing antithetically to our current consumption-based mode. It encourages an increased self-consciousness and debate around the activities we engage in. It presents an opportunity to challenge our associations with the term tourist from a diachronic perspective. Dekleva and Gregorič claim that the term tourist has developed with negative connotations, as a “shallow interest in the cultures or environments” and of “one-way observation.” This imbalanced relation has become entrenched and naturalised within the industry to the extent that it is now, for many, unquestionable.

Nanotourism stretches far beyond the reaches of our current mode of mass tourism in representing an attitude that seeks to improve “specific and everyday environment and to open up new and local economies.” Fundamentally, the notion is based on exchange rather than one-sidedness. This is evident in the characteristics that nanotourism seeks to assign itself, situating itself as antithetical to the current conformist, passive, top-down (to name a few) characteristics of consumption-based tourism. Nanotourism chooses to opt-in to critical (‘confronting realities and presumptions of tourism’), participatory (‘fostering co-creation and exchange between users and providers’) and bottom-up (‘processing local information to form higher level systems’) approaches.

The concept is, admittedly, novel and perhaps abstract, but it can easily be put into practice in the community in which we live. The pandemic has restricted almost all forms of travel, both nationally and internationally, forcing us to reconceptualise where we can exist as tourists. Perhaps what is needed is a reconfiguration of the antiquated notion that a long-haul flight necessitates a transition from local to tourist, and therefore to consumer. There exist smaller-scale opportunities for tourism that are more local and less intrusive and consumption-driven.

Indeed, we can adopt the nanotourist approach in Durham. Local community projects encompass the kind of “mutual interaction between provider and user by co-creation or exchange of knowledge” that nanotourism strives for. Generations Together is a social inclusion project in Durham that connects students with the older local generation. Alice Slade, a project leader, said that the project presents an opportunity that is profitable for both volunteer and user, enabling both parties to “share their stories and experiences of Durham” from a new perspective. Alice has been in regular contact with a local resident for over a year and has helped linked numerous others with students. She claims that the project has enabled her to experience Durham from a different outlook, such as an appreciation for the historical richness of the city. The project is one of many paradigmatic examples of the nanotourist mode of thought and action, and there are no shortages of them in Durham.

As travel restrictions are expected to slowly easy off, we can (perhaps idealistically) hope that the restrictions that have been imposed have triggered a reconceptualisation within the tourism industry. It is important to note that the nanotourist emphasis on social interaction and enhancement of local heritage does not seek to circumscribe your travel tendencies to solely a local level. The desire for international travel is acknowledged and encouraged, yet we might somehow try to mitigate the inexorable impacts of this by developing responsible and inclusionary economies and social communities in the places that we visit. As such, nanotourism can be applied anywhere.

Visit the Nanotourism platform if you are interested. Users can form a network and discuss experiences and proposals for the project here: https://nanotourism.org.