Why I love Undertale

The featured image and all screenshots in this article are from the PS4 version of Undertale, taken by and used with permission from Chris Chitty.

Undertale is one of my favourite RPGs, and is probably a contender for my favourite game of all-time. And yes, I know people think of Undertale and then remember that the fanbase got a reputation for being awful, but please don’t click away (not yet anyway)!

It’s a game that is beautifully unique, funny, has a wonderful plot and an incredible soundtrack, but because it is associated with a horrible and toxic fanbase, it doesn’t have the appeal to most that it rightfully should have. And I’m not denying the fact that a portion of the fanbase was terrible (I think it has died down, as of now), because it’s pretty much undeniable. I am just arguing that this really lovely game shouldn’t be defined by its fans.

And I also don’t want to fall into the trap of saying this game is for everyone, because it absolutely is not. No game has a universal appeal, as we all should know, and Undertale is a bit of a weird one in that it has a wacky sense of humour and a combat system that people might not be familiar with (it is a spin on the ‘bullet hell’ genre, so it’s really down to what games you like as to whether you will have encountered it before). Some might find the battles too frustrating to want to continue, for example, or they might not find the plot appealing. And some people just don’t like RPGs! 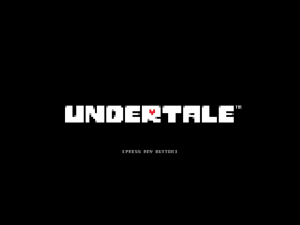 This game can be said to have two main routes (one where you refuse to harm anything, and one where you do the total opposite). Some fans decided to tell people streaming or playing the game on YouTube that they were playing the game wrong by playing it differently to how they personally had played it, something which angered a lot of people.

I think the game’s reasonably short length and the fact that it is pretty inexpensive (I got it on sale for around £9 but a look at the Switch eshop tells me it normally costs £11.99) means it is definitely worth a try. Here are my main reasons why Undertale is such a good game:

I am certainly not exaggerating when I say that Undertale has the most lovable cast of characters in a game that I have played (Persona 5’s cast probably comes in at a close second, but I rather think I’ve talked about that game enough). The excellent (though obviously not flawless) writing makes each character wonderfully fleshed-out. In the first hour of the game (I won’t go any further than that because of spoilers) you (a child who fell into the Underground from the surface) meet Toriel, as well as the skeleton brothers, Papyrus and Sans. Oh, and Flowey.

Toriel is very protective over the human. Papyrus wants the recognition he feels he deserves, and thinks he will get it by capturing a human (plus, he LOVES puzzles). Sans is quite mysterious but clearly thinks his brother is great, and would do anything for him. And Flowey is a flower that talks. 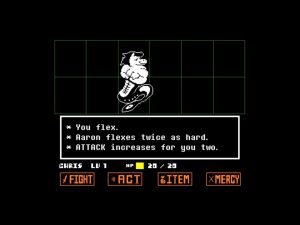 Also, I love how each monster you encounter is an individual character in themselves. The game doesn’t present them as faceless enemies you need to take down in order to progress, and in fact one of the ways (because you can fight them) you can end the battle successfully is by negotiating with them, a system clearly inspired by Shin Megami Tensei. So once you figure out how to get on their good side, you can spare them, ending the battle AND learning a bit about their personality. It’s extremely sweet, and really gets across the impression that these are the denizens of the Underground, just getting on with their lives.

Undertale has a fairly uncomplicated, yet compelling story. Characters drop crumbs of information in the first three areas, and it really picks up the pace in the game’s fourth and fifth areas, falling into place in a very satisfying way. As with many RPGs there are different endings, and without giving too much away, there are several endings that all depend on your actions in the game, and in previous playthroughs too. Some are good, some are bad. Some are terrifying.

It is therefore probably obvious from this that Undertale is a game about consequences. And be warned: if you do something, particularly something terrible, the game will NOT forget. Keep that in mind before you start the game!

Contrary to popular belief, it’s more than Megalovania. Even though it’s really good and there’s a remix (also excellent) of it in Super Smash Bros Ultimate.

Many, if not most songs in the soundtrack are connected to one another in some way, and some songs are slowed-down or sped-up versions of other songs. Some of my personal favourites from the soundtrack are the themes of the third, fourth and fifth areas, as well as Spear of Justice, An Ending, and Death By Glamour. It’s a fantastic soundtrack with many more highlights than I can list here, but some track names give away story details, so it’s probably best not to.

And on that topic…

The Omega Flowey fight is the most terrifying thing I have ever seen in a game, but it was a lot of fun to finally beat. I really liked how this game uses something so innocuous and overlooked as ‘saving’ and ‘loading’ a game, and turns it into an extremely important plot point. Sometimes it did feel as though the game knew how clever it was being and therefore felt slightly contrived, but overall it was executed really well.

The portion of the game following the Neutral ending, provided you have fulfilled the requirements for it, leads you to the True Pacifist ending, and I loved this section. Pairing up Alphys and Undyne, exploring the True Lab, fighting Asriel (but this time, not as Flowey) and saving your friends, everyone finally reaching the surface (complete with an adorable montage of what everyone is getting up to during the credits): it was a really good ending. 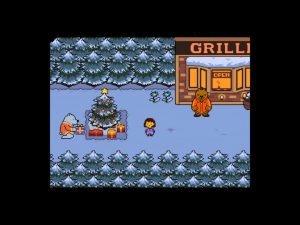 So, I hope I’ve given some good reasons as to why you might want to play Undertale. Disregard the unfortunate reputation given to it by its fans and you have a fun, unique game. And anyway, if you were still defined by who you were in 2015, you’d probably want people to forget about it, too. Let’s be honest.