Why I don’t rate games out of ten

Not gonna see me handing this out any time soon

If you’ve read some of our older articles, you might have noticed that, unlike a lot of gaming sites, our reviews don’t have any sort of stars system or rating out of ten at the end. To be completely honest, the reason reviews I’ve written previously haven’t got numbers at the end was simply to stay consistent with the columns style. I’d have been perfectly happy to stick something around 7/10 at the end of – after all, I thought it was pretty good. Not a must play by any means but there are worse ways to kill a few hours. It’s not like I’ve been crying out to the previous editors to let me simplify my opinion at the end to a fraction, it’s just not something I’d have thought twice about doing. But recently I’ve realised it’s really not something I’d like to do.

Over the summer I started playing Batman: Arkham Knight, the latest entry in Rocksteady’s series. As you’d expect from a game of this magnitude, the production values are high and the graphics are up there with the best on PlayStation 4. The combat is the same two button based, fluid hand to hand action that the series introduced in 2009, but refined to be better than ever. The map is huge, there’s constantly different things to do and so on. Long story short, it’s a very well made game. No surprise then that it received great review scores – it sits on an impressive 87 on Metacritic. But here’s the issue: I don’t like it. 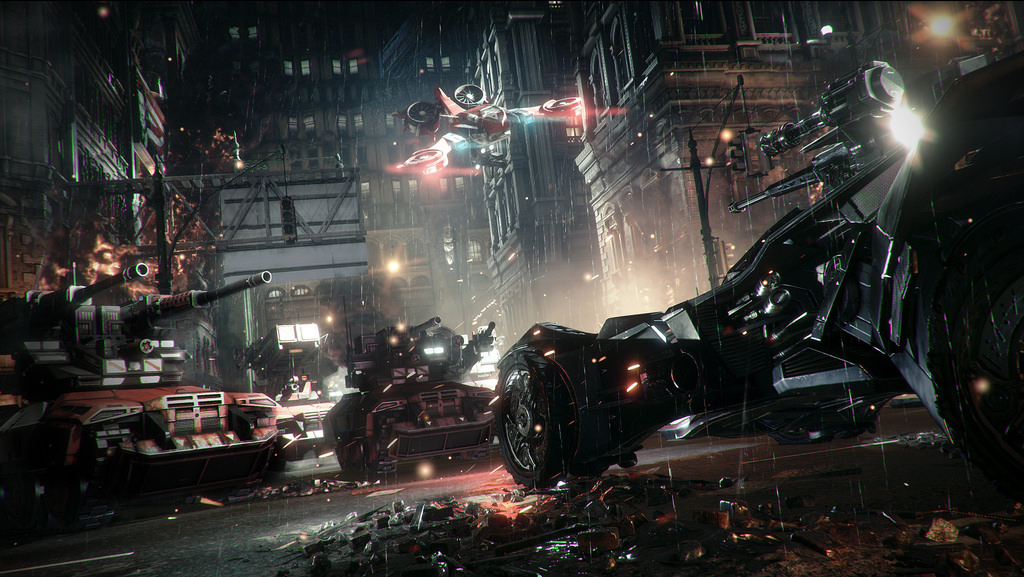 Apparently I don’t find this fun

So the obvious question is why not. Batman: Arkham Knight clearly does a lot right, so where does it go wrong? The open world action adventure genre is one of my favourites. I’m a fairly causal Batman fan – I’ll watch the films when they come out but don’t read the comics – so it’s not like they can anger me by messing with the source material, or that I don’t like the character. I’ll be honest; I’m not really a fan of the introduction of the Batmobile. The cartoonish vehicle seems out of place in the gritty urban environment. With its video game cliché weaponry and Batman spouting lines like “I need to power up the secondary weapon to level two before firing,” (yes that is a direct quote) it feels forced in. Plus why would Batman drive? Using the grapple and gliding with the cloak is just as quick and Batman announcing his arrival with the roar of a V8 engine comes off as out of character. Outside of this though, I can only nit-pick. As criticisms against this universally acclaimed games, I’ve got that the Batmobile doesn’t really fit the universe, enemies can sometimes survive explosions and that the distances are wrong (you can be standing next to something and be told it’s 10m away). The fact these criticisms are enough for me to not enjoy this game doesn’t seem to make sense.

The problem is that I don’t really enjoy the parts that are really well done. 6 years on and I’m pretty tired of the series’ trademark combat. I preferred the smaller world of Batman: Arkham Asylum. I don’t like having hundreds of side missions or distractions in a game like this – the urgency of the story is undermined if I spend hours doing nothing to progress it. So here’s my point: what number am I meant to give, when a game is clearly well done but I don’t like it 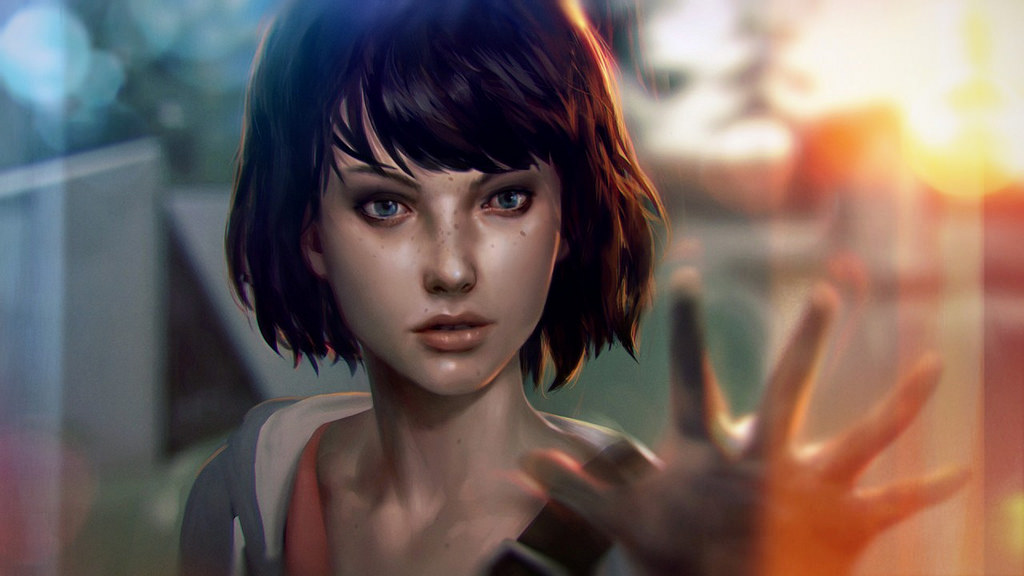 Apparently walking and talking is all I need in a game

On the opposite end, I’ve been playing Life is Strange. For those of you that haven’t heard of it, you play as Max, an art student at an American school who one day discovers she can rewind time – oh, and she’s having visions about some kind of end of the world storm. Gameplay involves walking, selecting dialogue choices and reliving the last five minutes. And while the walking mechanic is pretty much spot on, a fair portion of the dialogue is what middle age game designers think 18 year olds say, which makes for a number of awkwardly written conversations. Graphics aren’t particularly impressive and the lip syncing is distractingly off too. I could keep going, at least for a little longer, but the point is that from an ‘objective’ point of view, I can make far more significant criticisms of Life is Strange. But for some bizarre reason, it’s one of my early contenders for game of the year. So I have missed what it does well; the story is engaging, the characters are particularly well developed and its choices have so far appeared more significant than those in other games in the same genre, such as Telltale’s various episodic series. But even with this, I could not ascribe a higher number to it than to Batman: Arkham Knight because the latter has better game mechanics; is more varied; has more content; looks better and so on. If I had to score them objectively, Batman has to win. Ask me which I prefer, the answer’s Life is Strange, absolutely no doubt. The difference in how well made a game is and how much I enjoy it cannot be captured by a score out of ten.

In case I haven’t seemed inconsistent already, here’s another thing; I generally rely upon review scores before buying a game. I tend not to do much research about a game before I play it so that I can discover as much as possible for myself. Since first drafting this piece I’ve started The Witcher 3: The Wild Hunt & Metal Gear Solid: The Phantom Pain having completely ignored all pre-release build up. I much prefer to quickly hear if something’s worth playing and then if so try it out for myself and discover why. Although simplistic, those numbers at the end do an effective job of passing a verdict without having to even hint at any of the game’s content. So although I won’t be using them any time soon, I’m glad that other sites do.