Why Game Freak should remake Pokémon Diamond and Pearl

My relationship with the Pokémon games has been a long one. I bought a preowned copy of Pokémon Pearl in maybe 2008: it’s the one of the first games I remember getting. When HeartGold and SoulSilver released a few years later, I actually ended up playing both, and loved them. Being able to explore not only Johto, but Kanto too in the post-game, was extremely exciting, and having your Pokémon walk alongside you was so charming.

The next games, Pokémon Black and White, felt very futuristic to me back in 2011, mainly due to the way in which they utilised the internet with the ‘Dream World’ feature, and how impressive the games looked despite using the traditional sprite-based style. 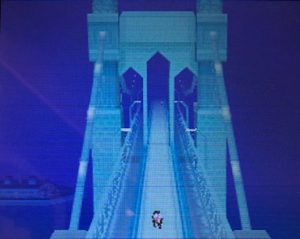 Black 2 and White 2 were an excellent continuation of the story of Black and White but with new protagonists, though I don’t remember these games as well as I remember Black and White. The games after B2W2, X and Y, again, I don’t really remember so well: they were the series’ first foray into 3D (releasing on the 3DS in 2013) and, while still being perfectly good Pokémon games, I found the game a little too easy. I do remember thinking at the time that the 3D graphics looked pretty impressive, and that the new player character customisation options were a lot of fun. However, looking back on it now, they are very clearly Pokémon’s first 3D iteration, and while the games don’t look bad by any means, the next original games in the series, Sun and Moon, and their expanded editions Ultra Sun and Ultra Moon (I never played Omega Ruby and Alpha Sapphire) look far better. Indeed, Ultra Sun and Ultra Moon even improved upon Sun and Moon. 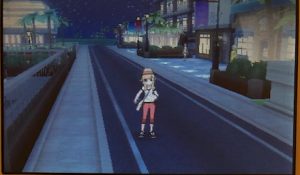 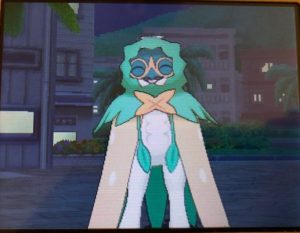 Spending time with Decidueye in Pokémon Refresh, also in USUM

I played Ultra Sun in 2018 after a reasonably long break from the series, and adored everything about it. The region of Alola was so fun and unique, the Pokemon were well-designed (particularly Rowlet, my favourite Pokemon of all), and the replacement of Gyms and Gym Leaders with Island Challenges and Kahunas was refreshing. Although again the game was a little easy (and it was very easy to become overleveled, in my opinion), it had more than enough charm to make up for it. I’ve also started Let’s Go, Pikachu!, but it never grabbed me as much as Ultra Sun did, and I intend on playing Sword and Shield eventually, even if it’s just out of curiosity, because these games have received a lot of hatred from some Pokémon fans. 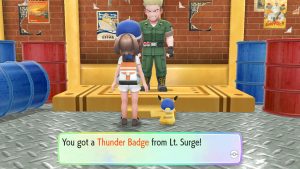 So that brings us to the modern day. But one thing is missing from this timeline.

Older Pokémon games get remade. It is the way of things, ever since the very first games, Red and Blue, were remade as FireRed and LeafGreen in 2004 for the Game Boy Advance (on a side note: Red and Blue were released as Red and Green in Japan, and this naming convention continued for the remake, but the originals were named Red and Blue in the West… why not rename the remakes in the West to make them fit with the original titles?!). But the last traditional remake, if we’re not counting Let’s Go (which is technically a remake of Pokémon Yellow, but doesn’t share the same protagonist or rival), was Omega Ruby and Alpha Sapphire, remakes of the GBA’s Ruby and Sapphire, in 2014. Next on the list, as the games that followed Ruby and Sapphire, should be Diamond and Pearl, but there’s been absolutely no word about any sort of remake.

Which is a huge shame, because these games deserve remakes!

Well, actually, I should probably be clearer. I would like Diamond and Pearl to be remade, for several reasons. For a start, the music is gorgeous, with the soundtrack in each town and on each route having two versions, a day version and a night version, so hearing each one orchestrated would be fantastic. Furthermore, I’d love to see what environments such as Jubilife City and Floaroma Town look like not only in 3D but in HD too. Pivotal moments like Palkia and Dialga (depending on which version you played) appearing at Spear Pillar would be incredible in a remake, and just imagine fighting Champion Cynthia in HD! Although I much prefer the 2D, sprite-based style of the Pokemon games on the DS (and almost wish the games had never made the jump to 3D), I would really enjoy seeing the detail that a 3D remake would bring to Sinnoh. 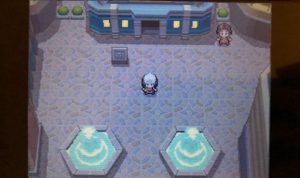 Jubilife City from Diamond and Pearl 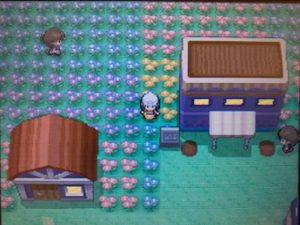 Floaroma Town from Diamond and Pearl

All of the reasons are not exactly beyond understanding. Really, they’re the main reasons why people want any classic game to be remade. Updating the music, graphics, even tightening up the gameplay and incorporating features from later down the line (as long as it isn’t the catching minigame from Let’s Go, because while it’s fun, battles are better), allow for these games to be accessible to new fans, and allow for things that were not so great in the original versions (whether it’s due to graphical limitations of the time, or just features that didn’t work so well) to be fixed. Diamond and Pearl suffered from the same situation as X and Y to some extent, being the first games in the series on a new console: they still looked good, but as impressive as they could have done on the DS (especially compared to the following instalments that appeared on the handheld), but by the time these remakes might appear on the Switch, Game Freak should be more or less used to making Pokémon games for this console, and therefore should be pretty competent remakes.

So my final point is really just asking why Diamond and Pearl haven’t been remade yet, when these games deserve the same treatment as the games that came before them. Hopefully, something’s in the pipeline, and someday we’ll see these fantastic games given the attention they deserve.