For me, gaming has always been part of the way I relax and what better time of the year is there to relax than Christmas. Christmas, in my opinion, is one of the laziest holidays – we eat lots of good food and then end up on the couch back in the festive PJs ready to unwind after the stress of spending all day with the extended family (or, at least, we do in my family!).

So, here are some of my current favourite games that radiate the warmth, comfort and cosy vibes of the season! 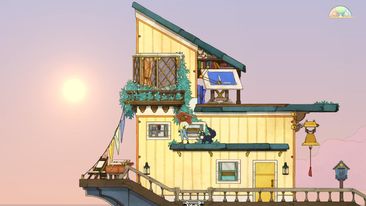 This is a recent addition to my gaming library, but had been highly recommended to me since its release in August 2020. Described by its developer as a “cosy management game about dying”, in Spiritfarer you play as Stella, a young girl who transports the spirits of the deceased. Whilst you may think that would make the game bleak and painful, the game is as joyous and thought-provoking as it is heartbreaking. As you befriend and care for these spirits, you gain insights into the lives they led, and lead them towards saying goodbye in a way that is not overly sad but actually very natural and positive.

This game dispels the common beliefs we have about death – that it is scary, cold and painful. Instead, by providing this fictional world of spirits and ferrymasters to the dead, I am oddly comforted. Having faced my own personal grief this year, this game doesn’t feel agonisingly dark, but feels as if it is a celebration of life.

Aside from the main quests and storylines, the game is visually beautiful and full of content that appeals to that slower, cosier gameplay feel. As you sail across the seas of what is a gorgeously detailed and seemingly never-ending map, you are able to farm, cook, mine and craft – all aspects which are integral to the kind of cosy, relaxing games that I love. 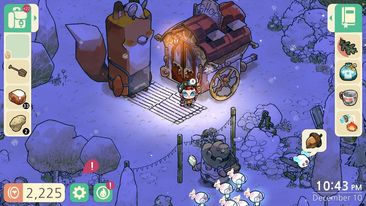 The name says it all. This game, particularly its art style, radiates warmth and cosiness. You play as a Spirit Scout camping on a haunted island in pursuit of your scout badges. Situated in real-time, each day you can wander around the forest, completing tasks set by the ghosts who haunt the isle. Through completing these tasks, finding hidden items and crafting, you eventually bring colour back into the map and soothe the souls of wandering spirits.

A key aspects of this game, which may divide opinions, is that there are only 30-60 minutes of new quest content available each day. The overall campaign is over forty hours long and destined to span over several months of play – therefore, if you’re a hardcore completionist, this may not be the game for you.

However, if you’re like me, and your gaming is more casual and part of your selfcare/relaxation, then this may be a perfect fit. The ability to only play for small amounts of time and not feel as though you’re missing out or lagging behind is something I really appreciate. You’re able to take the game at your own pace without getting bored or burnt out.

The game is stunning in a very unique way. The art style is different to anything I have ever seen and helps negotiate the game’s balance between cosy-ness and spooky-ness. While very autumnal in its colour palette and vibe, this game is still the perfect way to spend Christmas nights on the couch. 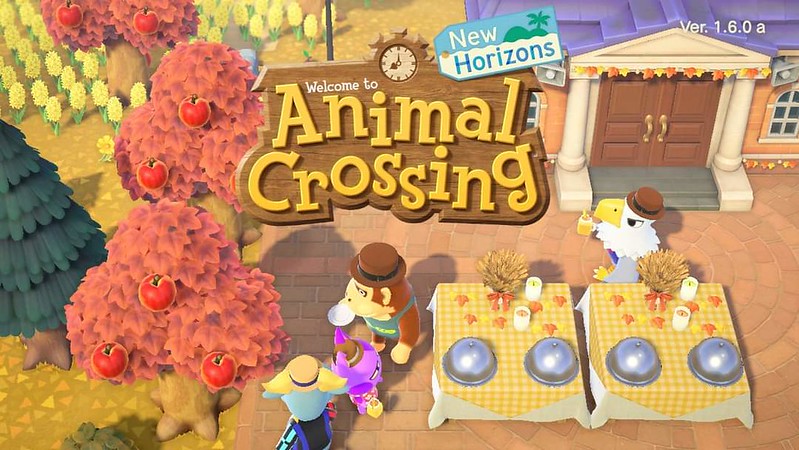 Whilst everyone and their dog is probably familiar with Animal Crossing due to its crazy growth in popularity over the pandemic, many players began to feel burnt out with the game late last year, probably due to the intense amount of hours they put in during lockdown. So some people may not be aware of the new update that came to the game in November, along with the addition of the Happy Home Paradise DLC which adds a tonne of new content to the game.

The free update, which released on November 4th, added farming and cooking dynamics to the game, new shops featuring characters from previous iterations, Brewster’s café as an addition to the museum, boat rides to new mystery islands with Kapp’n as well as gyroids, an incredible amount of new furniture, villagers being able to visit your home, group stretching at the plaza, customisable fences – essentially a whole lot of stuff to the point that the game feels completely and utterly new.

As a long-time Animal Crossing player from the days of Wild World on the DS, I was disappointed and frustrated when I became burnt out with the game after a couple of months, however the arrival of the update has inspired me and made playing the game a part of my daily ritual once again.

The new Happy Home Paradise DLC adds another dimension to the game and provides endless content to go through, although much of which may be repetitive if you don’t like interior design. With this added extra, you can go to work where you design custom vacation homes for villagers. Each villager has their own theme and specific furniture pieces to use, making each design varied and unique. The gameplay isn’t simply just that either – as you progress and design more homes, you unlock more content, for example making houses bigger or adding multiple stories as well as public facilities to design such as a restaurant and hospital.

Whilst we are often used to Nintendo hyping up things that don’t always deliver, this is one of their biggest successes to date. It is hard to make a game that has been so widely played interesting once again, but they were able to do that and more.