The Wii U and the Switch – Nintendo’s port problem

Sometimes, a game gets a second chance at life.

It might have been on a console that under-performed, or maybe the game just came out quite late on in the console’s lifespan and would also be at home elsewhere. Regardless of the reason, a game being ported to another console is often quite exciting, because it’s an opportunity to play a game that you maybe couldn’t play the first time around, or if you did play it, take advantage of any new bonus content. And something that’s relevant to both the topic of ports and an under-performing console is the Wii U’s library.

Oh, the Wii U. Sabotaged from the beginning with confusing marketing and a disappointing set of launch titles, it was one of Nintendo’s most notable (modern – the less that is said of the 1995 Virtual Boy, the better) missteps, but it is still beloved, for being a good console that released at the wrong time, by those who actually owned one. All 6 of you.

Nintendo flipped that failure on its head with the Switch, however, and they’ve been taking the opportunity to port most of the Wii U’s better titles over to the new console. The final first-party game to release on Wii U was The Legend of Zelda: Breath of the Wild, but it also simultaneously came out as a launch title for the Switch — this doesn’t count as a port, but rather a multi-platform release (like another Zelda game, Twilight Princess, releasing on the GameCube and Wii. Coincidentally, Twilight Princess was the final first-party GameCube game). 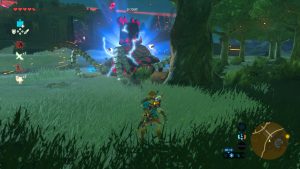 Breath of the Wild

Aside from that, there’s been a steady stream of Wii U games being ported to the Switch. Sometimes the port is a ‘definitive’ or ‘deluxe’ version of the game, with any and all DLC included: Mario Kart 8, for example, released on the Wii U in May 2014, received DLC over the next year or so, and then the April 2017 Switch port, Mario Kart 8 Deluxe, included that DLC. This is also true for New Super Mario Bros. U Deluxe (man, what a title), as well as the newly released Pikmin 3 Deluxe. 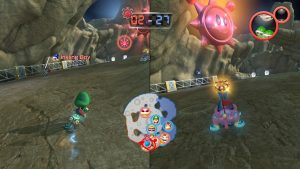 Some games were not given the ‘deluxe’ title but are still enhanced ports (I don’t think there’s a single non-enhanced first-party Wii U to Switch port), such as Donkey Kong Country: Tropical Freeze, which originally released for the Wii U in February 2014, and the Switch port in May 2018. This port added an easy mode, or ‘Funky Mode’ (which frankly should be in every game), allowing you to play as Funky Kong. Captain Toad: Treasure Tracker, based on the isometric puzzle levels in Super Mario 3D World (more on that later), is another one, originally releasing in January 2015 in Europe, and then on Switch (and, confusingly, 3DS too) in July 2018. This port added new levels and received DLC about a year and a half ago. I think this game is pretty unique for appearing on Wii U, 3DS, and Switch, and from what I’ve heard the game works well enough in each of its formats. I have the Switch version and it’s a great time-waster. 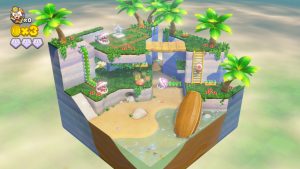 Some games were never ported, but were superseded by a sequel on the Switch that basically did everything the first game did. The three major examples I can think of here are Super Smash Bros. for Wii U (or Smash 4), Super Mario Maker, and Splatoon. Smash 4 originally released in November 2014 and received DLC up until February 2016, consisting of seven new fighters. Smash Ultimate released in December 2018 and had pretty much everything from both the Wii U and 3DS versions of Smash 4. Consequently there was no real need for Smash 4 to come over to Switch (although one day it might be good to have a ‘Smash Collection’ of sorts, with each game in the series represented). It’s a similar situation with Super Mario Maker (superseded by Super Mario Maker 2) and Splatoon (superseded by Splatoon 2). 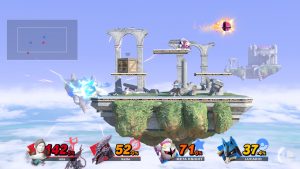 And, unfortunately, some games have not received a port yet. Although that list is dwindling, there’s still several quality titles that haven’t made the jump: Yoshi’s Woolly World, for example, was only ported to 3DS in February 2017 (in Europe) as Poochy and Yoshi’s Woolly World, following its original Wii U release in June 2015 (again, in Europe). You might argue that we’ve got Yoshi’s Crafted World now instead, but Woolly World is such a beautiful game and also, the soundtrack is in my opinion far superior to that of Crafted World. Given that the Switch launched only a month after the 3DS port was released, I would have rather seen it appear on Switch, but I still love the 3DS game.

Very notably, we also have the two HD Zelda remakes missing. Wind Waker HD and Twilight Princess HD released in 2013 and 2016 respectively, but they’ve remained trapped in Wii U hell ever since. Bundle these together on Switch, Nintendo, please and thank you — the series’ 35th anniversary is next year, just like Mario’s was in September of this year, so maybe we’ll see a similar collection (though hopefully one that’s better executed). 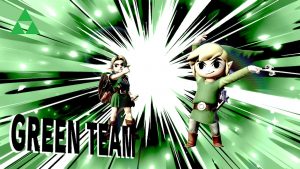 Toon Link, the protagonist of Wind Waker, as he appears in Smash Ultimate

Another Wii U port is on its way, however. Super Mario 3D World + Bowser’s Fury was announced for a February 2021 release, as part of the Super Mario 35th Anniversary celebrations back at the beginning of September, and the response of a lot of people to this news was “well, finally”. It always seemed like the obvious port that never got made, being one of the Wii U’s better-selling games, and now that we have Super Mario Odyssey, the awkward middle child between 2D and 3D Mario can make a return. While the original game was released in November 2013, Bowser’s Fury is the ‘Funky Mode’ of this game — extra content that makes it more appealing compared to a straight port.

And that is Nintendo’s port problem. Pretty much without fail, the Switch port of a game will cost the same as the Wii U version did at launch, and we’re talking about games that were four, five, six, even seven years old at the time going on sale for fifty quid now. And yeah, the addition of new content is nice, but does ‘Funky Mode’ actually make an old game worth the same as a new game? (Your answer to this may vary depending on how strongly you feel about Funky Kong). Many games in the selection, including 3D World, were dropped down to £20 as part of the ‘Nintendo Selects’ label (Tropical Freeze and New Super Mario Bros. U Deluxe are two more). So why are the Switch versions being re-valued at £50?! 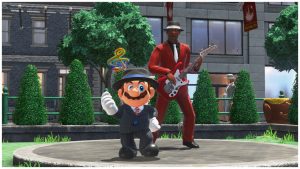 I’m not saying that these games are not high quality. In fact, I’m very glad they’re getting a second chance to reach a new audience. I’m just not sure about Nintendo treating old games like they’re brand new, and pricing them like they’re new. I’d say £25-£30 is appropriate for a Wii U to Switch port — £20 for the base game, £5-10 for extra stuff. I think Mario Kart 8 Deluxe is perhaps worth its price, due to the vast amount of DLC included, but when you look at how PlayStation will put new-ish games on sale quite frequently, Nintendo’s behaviour seems all the more out-of-place.

We already know 3D World will retail for £50, and it’s not looking like the other ports will receive price cuts (and there’s no sign of a ‘Nintendo Selects’ label for the Switch, either). So for now it looks like we’re paying for ports like they’re new — great games, sure, but still, they’re ports from the previous generation.

Well, maybe £50 is a small price to pay for Funky Kong.