Why Nintendo messed up with ‘Super Mario 3D All-Stars’

All images were taken by me.

A lot can happen in 35 years. I mean, think about how different the world was in 1985. Mobile phones were enormous bricks, EastEnders had only just started, and until September of that year one of the most iconic games of all time, Super Mario Bros., didn’t exist.

But then it did!

Released in Japan on 13th September 1985 for the Famicom/Nintendo Entertainment System, Super Mario Bros. popularised the side-scrolling platformer genre and was the start of the Super Mario franchise, which spawned many, many more games: in 2D, and then, when 3D gaming became a possibility, in 3D too. Then came spinoffs that became just as popular, like Mario Kart.

It’s amazing that this series has existed for 35 years now. But I’m not sure if Nintendo genuinely values their flagship franchise as much as its fans do — and it shows.

So here’s the story. On 3rd September, Nintendo released a surprise Direct, entirely devoted to the 35th Anniversary of Super Mario. It was one announcement after another, and the two reigning emotions were excitement about all these new things, and concern about how much all these new things would cost. (Hint: a lot). 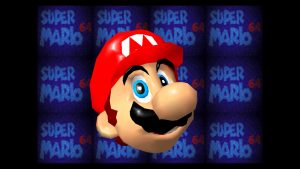 Here’s everything that was announced:

– Mario Kart Live: Home Circuit: it’s Mario Kart but in real life! You control an RC kart (driven by either Mario or Luigi, depending on which set you buy) through a course constructed in your own home, and you can see the perspective via a camera on the kart from your TV or on the Switch tablet. It’s coming mid-October, and although it’s a novelty (and expensive), it will have its fans.

– Super Mario 3D World + Bowser’s Fury: a port of the Wii U game with extra content, releasing in February next year. This game is perhaps looked on a bit more favourably now than it was at its release seven years ago, as a game that wasn’t a new 3D Mario, but still a fun time in its own right. However, I’m not sure how I feel about paying full price for an old port, new content or not.

– Super Mario All-Stars was released as part of Nintendo Switch Online’s SNES collection. This was released in 1993 originally, and is a 4-in-1 collection, consisting of remakes of Super Mario Bros, Mario 2 and 3, and The Lost Levels. It was also rereleased on Wii in 2010, for the 25th Anniversary of Super Mario. Though all of the games are available on the NES app separately, it’s nice to have them in their prettier SNES forms. 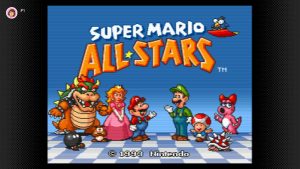 – A whole load of limited edition merchandise was also announced, with the range including a collection of t-shirts and some plush toys.

The thing I was most excited about, however, was the Super Mario 3D All-Stars collection for Nintendo Switch. This contains Super Mario 64, Super Mario Sunshine, and Super Mario Galaxy. It was rumoured for months, but to me it somehow felt like one of those things that was just too good to be true. 64 was remade as the launch title  (in Japan and North America) for the Nintendo DS back in 2004, but Sunshine has been stranded on a GameCube disc since 2002, and Galaxy was long overdue a HD release. But to have three incredible games, portable and all in one collection? Optimised for the Switch and in high definition? The release date wasn’t far off at all, too — 18th September, just over two weeks from the date of the Direct. That’s the stuff dreams are made of…

…or at least it looked like it at the time. 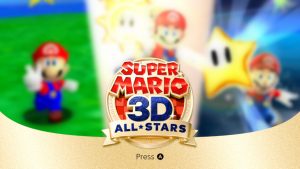 It was announced, along with the game, that Super Mario 3D All-Stars would only be available for purchase until 31st March 2021. Not just physically, mind: they mean in all formats. DIGITAL TOO. This is also true for Super Mario Bros. 35, but most of the ire was directed towards 3D All-Stars. Of course it’s a celebration for the 35th Anniversary, and maybe a limited run of the physical edition makes some sense, but to pretend that a digital version of a game is scarce is bizarre. Maybe the games will be released separately after March 2021, but there’s been no news as to whether that’s the case or not, so we can assume for now that the game will be gone from all store shelves after that date. Hmm. 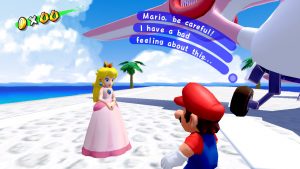 Me too, Peach. (From Super Mario Sunshine)

Things became even more questionable when it turned out Super Mario Galaxy 2 wasn’t going to be included. Yes, it’s pretty derivative of the first game, but why not include four games, to mirror the original Super Mario All-Stars? We can’t rule out Galaxy 2 releasing at a later date, especially if the above idea about separate releases is true, but I wish Nintendo had just included it.

Despite all this, I was still excited. I’d never played 64 or Sunshine, and never finished Galaxy as a child, so I was really happy to have all three. When my pre order arrived, I started up the game later that day, to try out 64. 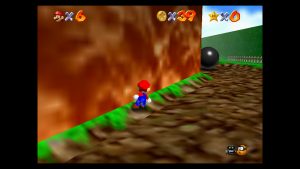 And — it was great. I instantly felt this game’s charm, despite its age (and frankly infuriating camera system, but that’s another story). Sunshine has a reputation for being buggy, but it’s got such a vibrant energy. And Galaxy, well… it’s the most beautiful game of the bunch, with its lush orchestral score and space setting. There’s not much I can say about the three games that’s not already been said, honestly, and of course I recommend playing all three (especially Galaxy).

The problem with the collection is not what it includes. The problem is what it doesn’t include.

When you fire up the game, it’s hard not to be struck by how bare-bones the presentation of the menu is. It’s… functional. I suppose. The games and soundtracks are listed, with descriptions, but there’s not really anything else to see: no concept art, no interviews, no prototype levels, nothing. It’s just the games and the soundtracks. There’s not even anything else included in the box (the days of manuals are gone, sadly). Of course things are difficult right now, but you’d have hoped that Nintendo would spend longer than six months working on something for the anniversary of one of gaming’s most famous franchises. 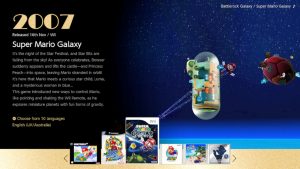 This collection feels hastily slapped together. Again, the problem is not the games. They got the emulation and the new control schemes spot on (more or less: Galaxy’s touchscreen-instead-of-pointer system when in handheld mode is finicky, but you get used to it). It is comparable to the original Super Mario All-Stars in its inclusion of just the games, but that collection wasn’t made for an anniversary. 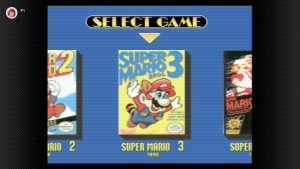 The menu of Super Mario All-Stars

I know I’m not the only person to feel disappointed with this. It feels like Nintendo assumed everyone would buy this collection because of their love and nostalgia, but it could have been so much better. A limited run of physical copies, with a premium box, a booklet, maybe a little Mario figurine (or even a bundle including the Game and Watch too, for £100), would have made this feel like a special occasion. As it is, it feels soulless, when it should have been the centrepiece of the anniversary releases. 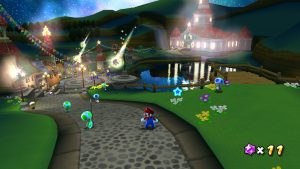 I wouldn’t say I regret buying this, however. The games speak for themselves, and I adore them. The lack of any extra content, especially for a milestone anniversary, is jarring, and I really wish more love had been put into it. Regardless, you should still pick up this collection (before the cut-off point…) if you’ve never played these games before, but if you have the originals, I would think twice.

Sorry, Mario. Maybe the 45th Anniversary will be your time to shine. 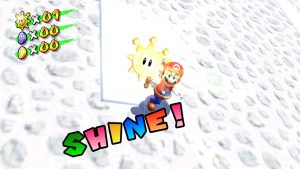