Smash Ultimate is a brilliant time, regardless of skill

The screenshot in the featured image and all screenshots in this article were taken by me.

So – I don’t consider myself to be very good at Super Smash Bros Ultimate.

That isn’t to say I think I’m bad at it. I just believe that I am painfully mediocre. I do pretty well against the CPU if it’s set to level 6, 7 on a good day. I try to avoid spamming attacks and I don’t fall off the stage unnecessarily too much. But I watch a lot of people streaming the game and I see there are a lot of nuances in their playstyle that I just don’t use. And competitive players have a level of skill that is just unbelievable – it’s even better when their main is a character that is usually considered ‘bad’, because come on, you’re basically making miracles happen there. 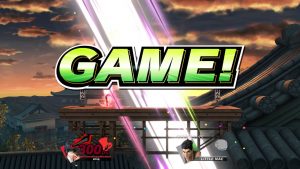 However, my point here is that you don’t need to be good at it to enjoy it. If you don’t have the time to invest in the game to build up skill, and you just prefer to jump in and out, that’s OK. I, personally, love Smash Ultimate for the sheer range of the fighter roster and how much effort has obviously been put into this game. Every character’s portrayal is so true to their original series, and many characters look the best they’ve ever looked. I appreciate this game as a huge slice of gaming history. Gameplay is really a secondary concern for me.

The characters that were a surprise, or were highly requested and then added into the game, are especially remarkable. Who would have thought we’d see Joker? Or a costume for Sans, with a new remix of Megolovania to boot? Or RIDLEY? OR BANJO?! I often just look at that character select screen and marvel at how amazing it is to see all these characters in one place. It’s something really special. I’ve not had the time to properly get into World of Light yet but the fact that even more iconic gaming characters appear in the form of Spirits is incredible. Seeing the reactions to these beloved characters appearing in this huge game would put a smile on anyone’s face. A match on the Delfino Plaza stage

But back to the actual fighting. I mostly play matches of two (my sister Katie and I, Red Team) against two (the CPU, Blue Team) when I’m back home, and it’s fun beyond belief. Katie plays King Dedede and just creates havoc with the giant hammer he uses as a melee weapon, to fantastic results.

(Honestly, it’s actually ridiculous. It’s pretty much a guaranteed win for our team. Most of the screenshots on my Switch are victory screens, featuring the various characters that I like to play, and of course, King Dedede as the constant in them all. I barely even have to do anything! (Seriously – I think I’ve heard the Kirby series’ victory fanfare more than anyone really needs to in their lifetime).

It’s clear that this game was made to appeal to basically everyone: look at how many series are represented, how many characters there are, how many locations appear in the stage selection. The inclusion of third party characters means that even those who weren’t brought up on Nintendo games have something for them – even though Final Fantasy VII has only two music tracks featured. (Seriously, what is up with that?) 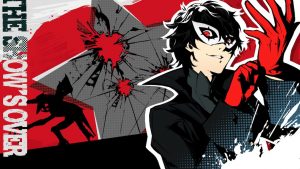 I think there is no wrong way to play a game like Smash Ultimate. If you want to put the hours in and build up your skills so you can eat the level 9 CPU for breakfast, that’s great! If you just want to decimate your opponents with an enormous hammer while Joker stands off to the side looking stylish, that’s great too! And if, like me, you often spend too long trying to pick a stage because you’ve become distracted by the song selections for each one, well, you might annoy everyone, but at least you’re having a good time. However you choose to play this game, you should always remember that before and more than anything else, it’s meant to be fun.