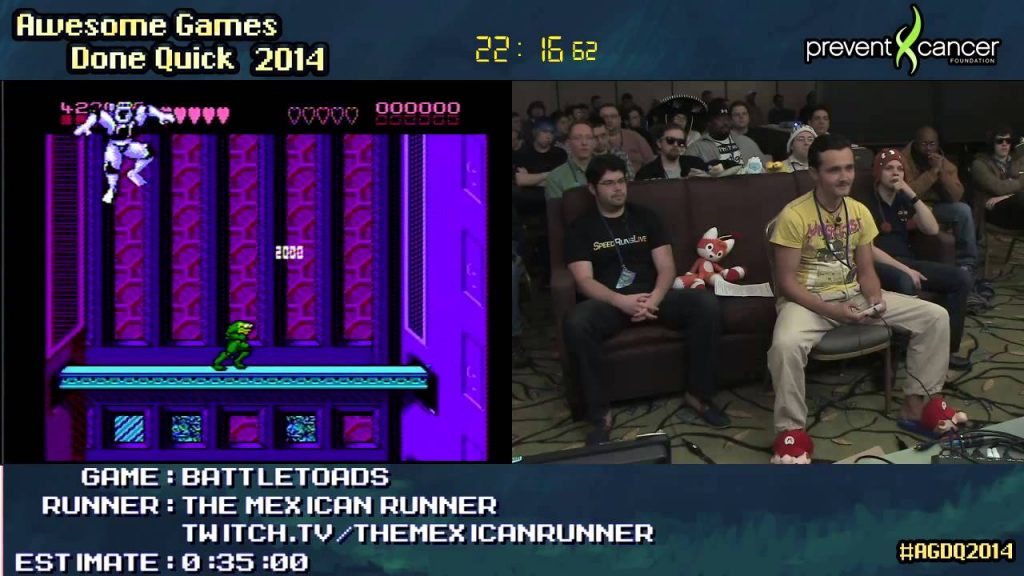 The Mexican Runner running Battletoads in 2014

Speedrunning is a fascinating hobby. For the uninitiated, speedrunning is a form of competition within the video gaming community in which – somewhat ironically – people compete to see who can play a game the least. That is to say, who can finish the fastest. In many ways, it is a sport – there is a definite requirement for skill, practice, and dedication in order to succeed and earn recognition. And just like any good sport, it can generate a huge amount of viewership. This viewership peaks during biannual week-long marathons, one held in the summer, the other in the winter, with the proceeds going towards charity. The next of these marathons, Awesome Games Done Quick (AGDQ), is taking place from the 7th to the 14th of January, and isn’t to be taken lightly – last year’s AGDQ managed to raise over $2,200,000 for the Prevent Cancer Foundation. Not only is it a display of skill, entertainment and a celebration of videogames, it is also a massive source of charitable spending. And as such, I’ve put together a list of particular runs you should pay attention to over the coming week. All times provided are in GMT+00. 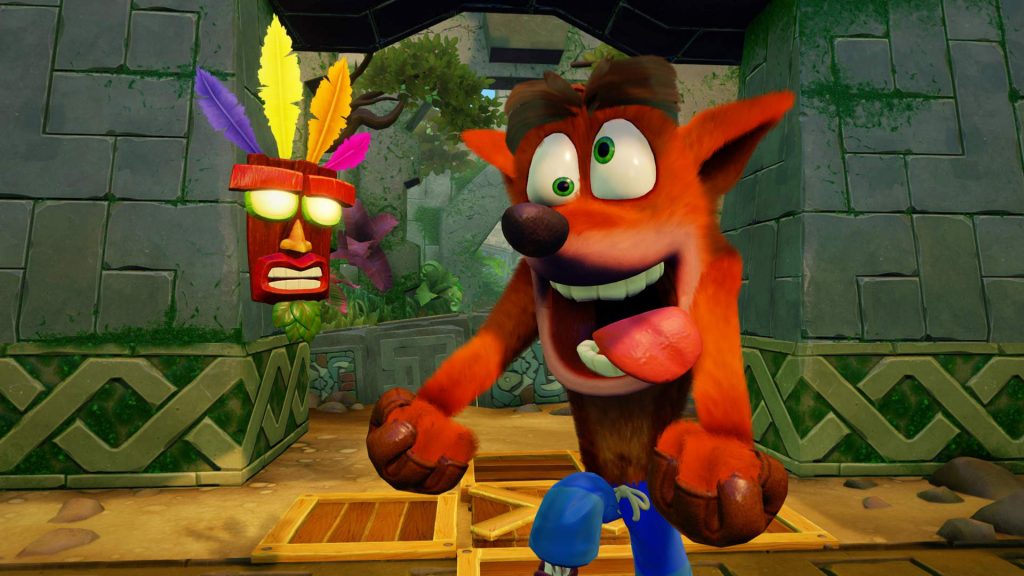 Why not start with the first game of the event? The original Crash Bandicoot trilogy is one of gaming’s eternal legends, placing the orange marsupial next to already established icons like Mario and Sonic. The tight platformer was given a facelift in 2017’s N. Sane Trilogy for the Playstation 4, and interest in completing it as fast as possible was not only renewed, but hardwired even more directly into the game, with time trials now in every level. It is self-evident to anyone who has ever played any of the Crash games how much skill it takes to play perfectly in order to get the insane, sub-50-minute timings the runners achieve. JHobz is only playing the third game in the series, Warped, but currently sitting at 2nd place on the leader boards, should provide an impressive display. 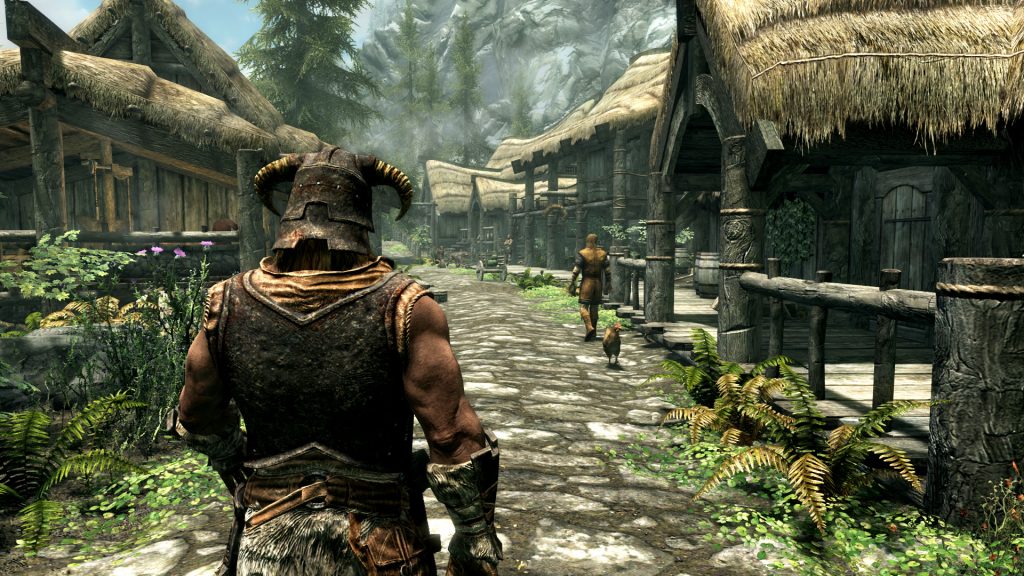 The Dragonborn walking through Skyrim

There are many qualities in a game that inspire people to speedrun it, and Bethesda’s 2011 RPG has many of them. For one, it’s massive – the main quest alone should take a number of hours to complete if done normally, and it has a huge amount of extra content shoved into its massive, country-spanning world. However, the thing that makes the speedrun entertaining, challenging and, well, speedy is the fact that, as is expected of a Bethesda game, several bugs and glitches exist that can be exploited to allow things that shouldn’t be possible – from somewhat innocuous events like generating income from selling a vendor their own goods, to skipping sections of the game in an elaborate glitch called a ‘Load Warp’. The current record was set just before the new year at 26 minutes and 3 seconds, and while this is unlikely to be beaten anytime soon, the run is a must see as a shining example of the extent a player can break a game. 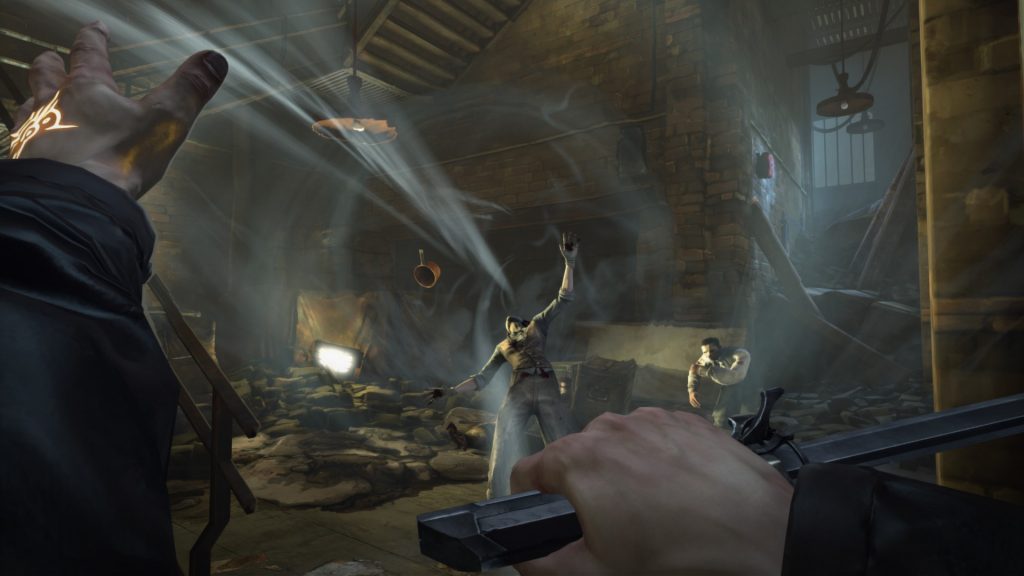 Speaking of Skyrim, if you look at the most viewed videos on the Games Done Quick Youtube channel, in third, sitting at just under 1.5 million views is a speedrun of that very game by a DrTChops. This is one of the few times I’ll recommend a run to you based on the runner more than the game, as DrTChops’ style is something to be admired. Whilst maintaining the immense focus necessary to complete these games, DrTChops manages to do what all great sportspeople do and shows off his latent charisma, explaining his tricks coherently with quips interspaced throughout. Dishonored is one of the three games he runs this time around, and the stealth-action RPG is full of speed and fast reflexes, which is what makes the runs so interesting to watch. DrTChops also ran Dishonored last year, at Summer Games Done Quick, but this run differs as he has set himself the challenge of picking up every collectible in the game. This is no small feat, and the challenge this will present is part of the reason it makes my list. 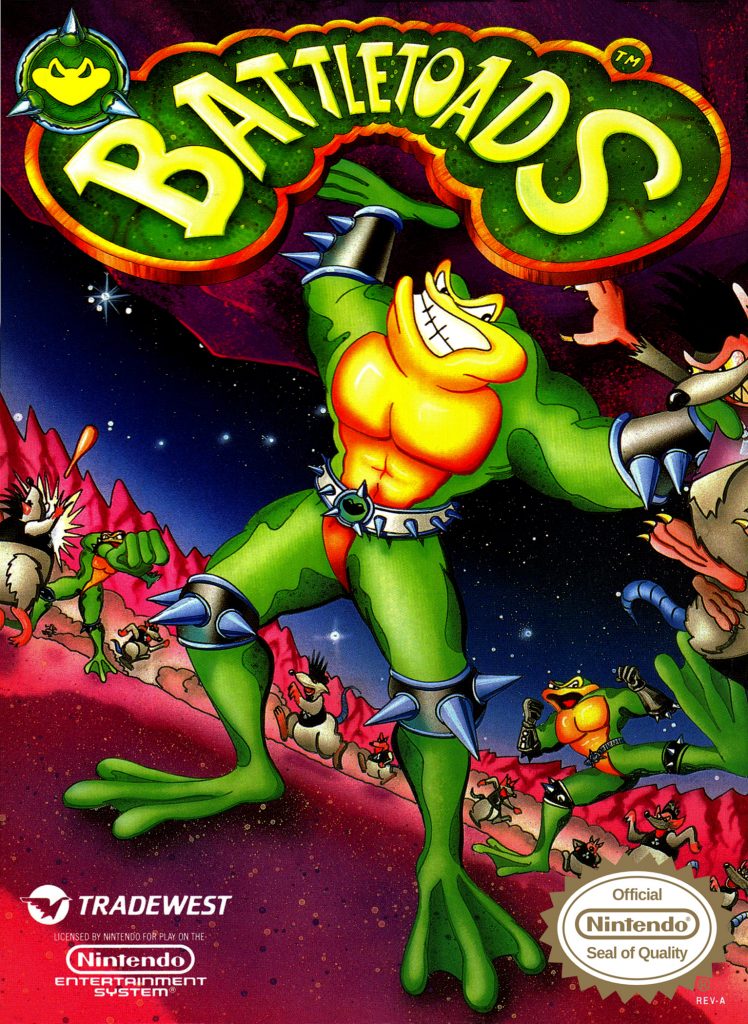 Proof that even toads can be ripped

Classic games always have a spot in speedrunner’s hearts. As much as the newer games bring the excitement of a fresh challenge and new possibilities to discover, classic games are usually simple and straightforward, to the point where, especially given the length of time since they’ve been out, they can become perfected, and runners are more machines, doing actions by rote. This is just as applicable to the NES retro platformer/beat-em-up Battletoads, but there’s something special with this game – it’s remarkably difficult, often given the title of one of the hardest games of all time. There are many segments requiring perfect accuracy, timing, or a mix of the two, where the practice the runner puts in really shows itself. This run also features one of AGDQ’s famous ‘bidding wars’, where viewers donate to determine something. In this run, it is the character the runner will choose. TheMexicanRunner currently is the best Battletoads runner out there, holding the record for the ‘warpless’ category at 23 minutes 42 seconds. If you’re looking for a run to make you scratch your head in disbelief, I’m certain this is the one. 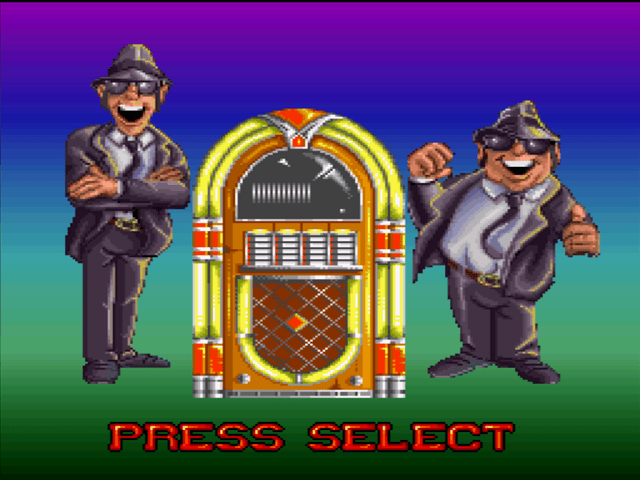 Happy times! (until you start playing the game)

In contrast, some retro games are so bad they’re entertaining to watch. The 90s was full of crappy video game tie ins, and WhiteHat94 is an expert at such games, with classics such as ‘Waynes World’ and ‘Fist of the North Star’ in his repertoire. These games are entertaining enough to watch on their own, but WhiteHat94 himself adds a lot of humour with his running commentary. These runs will leave you scratching your head in disbelief in an entirely different way, as you have questions like ‘why does Macaulay Culkin have Spaghetti all over his head?’, ‘who is throwing these suitcases at this child?’ and ‘why is Dan Akroyd smaller than literal spiders?’. 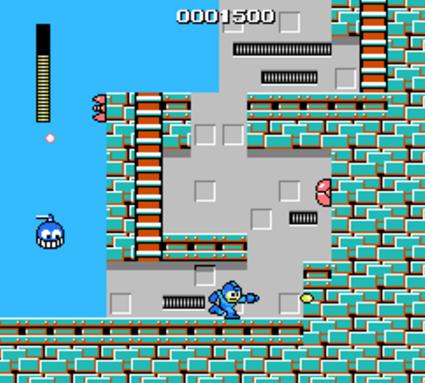 This is a big one. There are a few races in AGDQ 2018, but if you’re going to watch one, THIS should be it. There isn’t one runner here, nor two. There are no less than 12 runners, divided into 3 teams of 4, each taking turns to complete the first instalment of the franchise that basically made Capcom for what it is today. The nature of the race allows you to see the competitiveness that lies in the heart of speedrunning directly, as well as the tension as the teams battle it out in real time. This is probably going to be the most exciting run of the week by a large stretch, and if you can spare the 90 minutes at 11PM on a Friday night (basically, if you have as much of a social life as me) I would recommend you watch this even if you aren’t interested in videogames, because it encapsulates what makes AGDQ so fun to watch – the thrill of seeing people show their skills and dedication for the reward of being named the best, with the added benefit of getting a team to cheer on. Seeing a person make the occasional mistake or slip up and the subsequent resentment in their teammates eyes is something I’m not ashamed to say is an added benefit, personally. 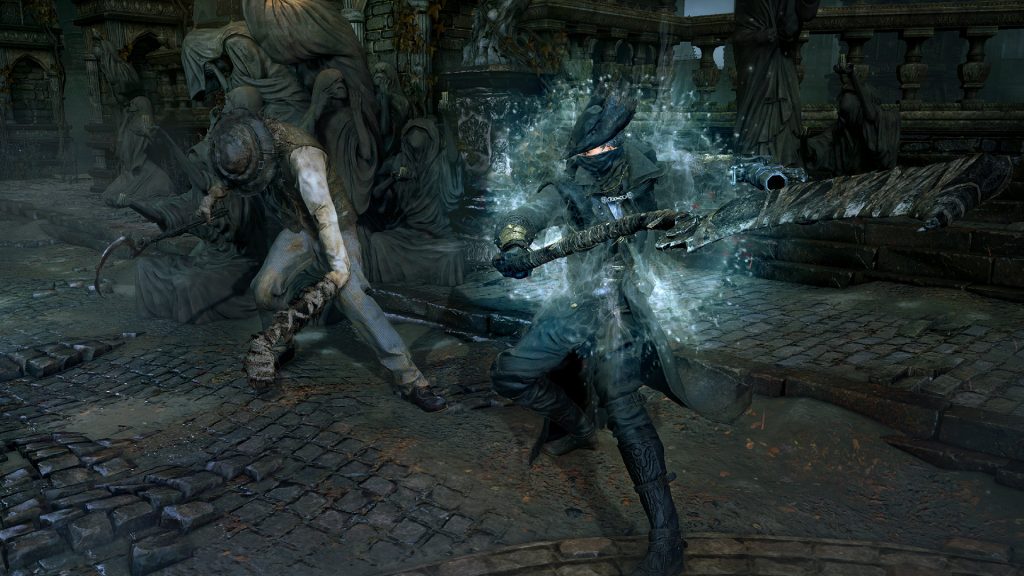 Step into the dark world of Bloodborne… very quickly

Usually, I’d conclude this list with the last run of the week, but this year finishes off with a 4AM run of the Legend of Zelda: Breath of the Wild that is expected to last almost 4 hours, and I couldn’t recommend that and maintain a clear conscience. And so, I’ll make do with this run, which is realistically the last run any Brit could be expected to watch. Bloodborne is a gory, tense, gothic action game full of notoriously difficult boss battles and cosmic horror in equal measure, and speedruns make them look almost effortless. The runner dodges and counters attacks that you often don’t see coming until after they’ve already been countered. Runs are incredibly tense between the immense difficulty and the grim atmosphere, and like Battletoads, with so many places to make simple errors, it’s all the more impressive when people perfect it. This is an ‘all bosses’ run on top of that, so no fights are skipped leading to more of that action that we as spectators love.