Sephiroth in Smash: the best Christmas present we could ask for

From my article on video game music, published earlier this year

So, it seems my wish has been granted.

Sephiroth, the iconic villain from Final Fantasy VII, is now in Super Smash Bros. Ultimate, and boy what an entrance he’s made. The announcement came at the Game Awards 2020, which took place on December 11, and although the event was a bit predictable and in many cases disappointing (the number of nominations for and awards that went to The Last of Us: Part II seemingly implies that “crunch”, the horrible practice of overworking game studio employees to get a game out on time, is something to be rewarded — though that’s another can of worms entirely), I think it’s safe to say that no one was genuinely expecting this guy to show up, complete with his long white hair, an even longer sword, and his theme song: ‘One-Winged Angel’. 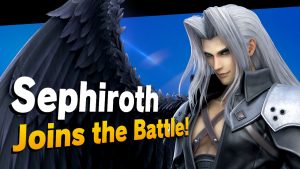 Looks like Sakurai thought of a wonderful present for us… not despair, but a great DLC character, a wonderfully designed stage, and some excellent songs to boot

Upon hearing that there was going to be a new DLC character announcement for Smash, my mind immediately went to my top picks: Phoenix Wright from Ace Attorney, Dante from Devil May Cry, or Sora from Kingdom Hearts. Sephiroth had never even been on my radar for the exact reasons I discussed in my game music article: Square Enix have been so stingy with the FFVII music and general content that I genuinely thought Cloud was all we’d be getting from the whole Final Fantasy franchise. (We might say the same about Sora, given that KH is also owned by Square Enix, but the recent release of Kingdom Hearts: Melody of Memory on the Switch seemed to bolster his chances somewhat). Getting two characters from the same FF game was way beyond my expectations, but I’m very happy it happened.

I didn’t watch the Game Awards for the very simple reason that the event started at midnight UK time and went on until 4am. It was therefore the case that I caught up with the events the next morning, and lo and behold Sephiroth was trending on Twitter (and for a moment I’d forgotten there was going to be any reveal at all, so I briefly thought everyone was just really jazzed about him). The unveiling came in a trailer, just like when we saw Joker announced two years ago at the same event, and it is a very, very good trailer, packed full of references to Final Fantasy VII: Advent Children (the film sequel to FFVII), and beautifully crafted.

The next step came about a week later, on the 17th, with the video ‘Mr Sakurai Presents: “Sephiroth”’. It’s all very well watching the original trailer a dozen times, but at some point we needed to see real gameplay, and these showcases (par for the course with Smash DLC) go through the new character’s moveset, touch on potential strengths and weaknesses, and reveal the rest of the stuff included in the Challenger Pack (as well as the separate Mii Fighter costumes). As you might expect, Sephiroth’s moveset revolves around his sword (Masamune), and his special attacks are magic-based: they include a projectile that can be charged (Flare, Megaflare and Gigaflare); and Shadow Flare, a move producing small orbs that surround the opponent, which you can build up to inflict damage after a few seconds. We discovered that Sephiroth is quite light (not with all that hair he isn’t, but I digress) and can be launched pretty easily, but that he can hit very hard.

We also got a good look at the new stage: Cosmo Canyon. It’s great to get another stage from FFVII in Smash, and it’s so well done: Sakurai even said in the presentation that they wanted to tell a story with this stage (something they hadn’t really tried before). And to go with this new stage? Nine new music tracks. Nine! We got new arrangements of ‘Opening – Bombing Mission’; ‘Aerith’s Theme’; the main theme of FFVII; and ‘Cosmo Canyon’, as well as the Advent Children arrangements of ‘Those Who Fight’ and ‘Those Who Fight Further’, ‘JENOVA’, and both the original ‘One-Winged Angel’ and the Advent Children arrangement of the song. The music is often the highlight of Smash DLC for me, and this pack did not disappoint. The new ‘Aerith’s Theme’ is a rarely-seen upbeat version of the song, and the abundance of Advent Children music is incredible. 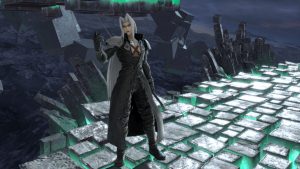 That wasn’t all, however. Sakurai revealed the release date (tomorrow — December 22), but with a twist: he also announced something called the Sephiroth Challenge, a limited-time event (from the 17th to the 22nd) which allows you to unlock Sephiroth a few days early — provided you purchase the Challenger Pack, and are able to defeat Sephiroth in battle. I really like how this has been done. Sakurai said they decided to do something different with Sephiroth because he’s the first villain to be added as DLC, and it genuinely made this new character addition feel like something unique and exciting. The presentation of the challenge positions it like a new and separate game mode, with a mini-title screen, and a difficulty setting menu that mimics the sound and look of the menus in the original FFVII. 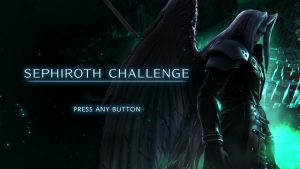 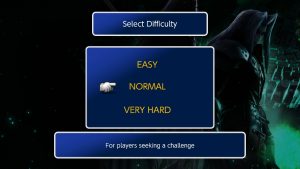 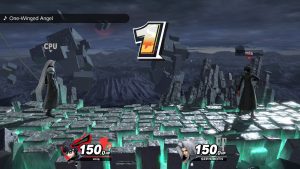 I hadn’t played Smash for a good few months up until this reveal, so I was a bit rusty: I initially tried playing the challenge as Cloud (of course), but after a few goes I switched to my main, Joker, and unlocked Sephiroth pretty quickly (on normal difficulty). It was a great idea, well-implemented, and I enjoyed having something unique and exciting with the reveal of a new character. 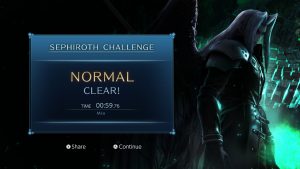 It goes to show that a little bit of effort to make something feel special goes a long way, and when we consider how Nintendo has treated some of its own beloved franchises over this past year, it’s refreshing to see Smash treat franchises with the reverence they deserve: even third party ones. It makes fans happy to see thoughtful, clever references (showing us that Sephiroth will never be a memory…), and it’s pretty obvious that Sakurai knows what people want to see. In fact, it’s clear he’s enjoying it as much as we are.

So this year, it seems there’s a different angel on top of our Christmas trees: a One-Winged Angel.