Anthony Loughlin in Gaming on 2 February, 2014. 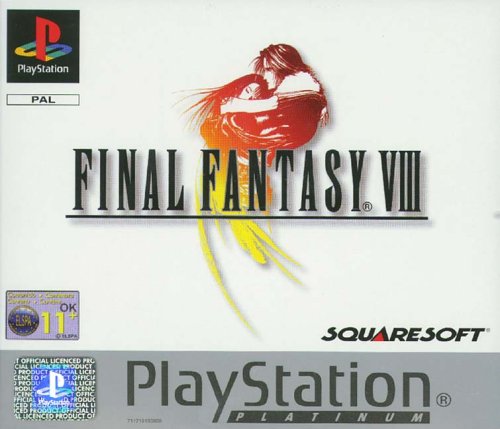 Back in 1999, Final Fantasy VIII pushed the PlayStation to its graphical limit with its groundbreaking FMV action sequences.

There is a peculiar thing about nostalgia. It makes conversely subjective ideas a much simpler affair. It is likely that anybody who experiences a piece of media with different incarnations will prefer the first one they experienced most vividly. The first of the Final Fantasy series that I went out of my way to play was Final Fantasy 8, and it remains resoundingly my favourite JRPG of all time. It takes considerable effort, dear reader, to avoid spiralling into the FF7 vs. FF8 debate, reasoning why I find FF8 to be better. Fortunately I’m steering clear of that. I watched my friend complete FF7, and I adore them both, but I know it’s largely down to which one I actually played first. And FF8 is better. Oops… So anyway, let’s take a trip back to when the JRPG actually mattered, before Western RPGs found their teeth with graphics and gameplay that gave gamers their Dungeons & Dragons fantasies some sprites worthy of their admittedly limited imagination.

Final Fantasy 8 hit in ‘99, following on from its massively successful predecessor. True to Square (now Square Enix) form, it pushed the technology of the PlayStation to its limit, creating some of the most impressive Full Motion Video sequences of that console generation. Typically for Final Fantasy, the game had a very distinctive setting, and a unique story that took some common in-universe features (like summons, chocobos, magic, etc), and piled them into something that definitely wasn’t a sequel, but shared elements of its predecessors. Its game system was largely a typical turn-based JRPG, with a combat system that will be familiar to anyone who’s played at least one JRPG, and using a lot of standard JRPG conventions, such as having a lead protagonist with an improbable sword-weapon, a idiosyncratic hairstyle and having exactly the same difficulty that they all have and spend the game trying (and usually, eventually succeeding) to do: i.e. managing to get on with, and not annoy everyone else in the story.

There are two primary types of protagonist in most JRPGs: the have-a-go-lucky moron type, and the strong, silent type, both of which tend to have serious internal issues. Squall, the protagonist of FF8 is the strong silent type, being particularly anti-social, and not very much of a people person. But this is one of the true strengths of FF8 that I find stands it apart from a lot of JRPGs, and that’s saying something. Characterisation in JRPGs is often pretty good, once you get into it. The games are very fond of having blatant archetypes who, through the course of the game, subvert that representation through character development. One thing that always gets me about FF8 is that I really identified with all 6 of the main characters, and their motivations. Some JRPGs get a little eclipsed by the emphasis put on the protagonist, but FF8 manages to overcome this to a large extent. It was the first computer game I played where I could let myself believe that the characters resembled real people.

The story is a bit of an odd one, and without spoiling it, there’s certainly a bit that is common within JRPGs, of the ending being one hell of a head-scratcher. Two words people: Time Compression. Yeah. But it has some very, very strong features. The love triangle plot between protagonist Squall, heroine Rinoa, and fantastical antagonist Seifer is a side-motif that really works. There are other twists, and many connecting plot-lines that are largely quite interesting, set in a world with some very interesting and original aesthetics. Floating Schools For Well Hard Mercenaries, a Giant Revolver that fires transport bullets to a moonbase (no, really), whilst also having magic, and really cool summons, known as Guardian Forces in the game. Then there’s the card game…

Another common feature in JRPGs is the game-within-a-game feature. It was hard to follow FF7 having several (mostly summed up as Golden Saucer), and FF8 had the Card game. If there’s one thing that is regularly stated as a flaw, it’s this. Whilst if you get into it, it’s wonderfully fun, and addictive; if you don’t know what you are doing it can be insanely difficult, really annoying, and if you’re a madcap completionist, it’s a necessary evil. It also heavily unbalances the game if you’re good at it. You can get the end level weapons for a lot of the characters on Disk 1. Of 4. Carding facilitates a lot of saving, and faff, and any FF8 veteran will curse the mention of the words Same Combo. Playing Cards in FF8 is often a guide dang it moment, but it’s not the worst game-within-a-game feature in a JRPG by a long stretch. Once you get into it, it’s crazily addictive. So much so it can distract you from playing the actual game…

The combat system was quite innovative for the time, but quite easy to exploit. It used a concept known as junctioning, where you’d use GFs (summons) to learn abilities and stat augments, providing resistances and immunities to elemental and status (like sleep, poison etc) effects, special attacks and passive bonuses. If you had powerful magic (easy to get from carding), your stats could get ridiculous. It worked on a wonderfully simple percentage system, as you would have a stock of 0–100 of any magic type, and as you used them up, it reduced the percentage. It did mean that players would sometimes avoid using a lot of magic, but it also meant there was no need to track mana, and you could “draw” select magic from enemies, storing it or casting it, meaning you didn’t need to use up your own, or if you didn’t want to stock that particular spell, but wanted to use it anyway.

Another feature was limit breaks: suitably over the top special abilities. Some of them were outright game-breaking, but usually could only be used when your characters were low in health. As usual for a Final Fantasy game, each character had a one that was particular to them, some outright offensive, some supportive, and some a mix. Firing a dog from a wristbow and then the area it reaches exploding; creating a tower of energy so high it pokes out of the top of the planet and bringing it down so that all it does is likely kill the few enemies in front of them; doing an uppercut that summons dolphins; turning an entire screen into beautiful scenery then putting up the words “The End” and then instant-killing pretty much anything in the game. That’s just some of them, and they’re AWESOME. The GF Summons continue along those lines. Some of them comical, some of them just amazing looking, and some of them ridiculously over the top and long-winded. Eden is kind of all three.

So how can I sum up Final Fantasy 8? It’s a typical JRPG that plays with the concept, creates an interesting, really cool looking world, with loads of interesting characters who feel believable wrapped around a crazy, ambitious tale with immense battles and over the top gameplay, achieved with PlayStation technology. You can get it on the PSN network. Go. Get it now.