Anthony Loughlin in Gaming on 8 February, 2015. 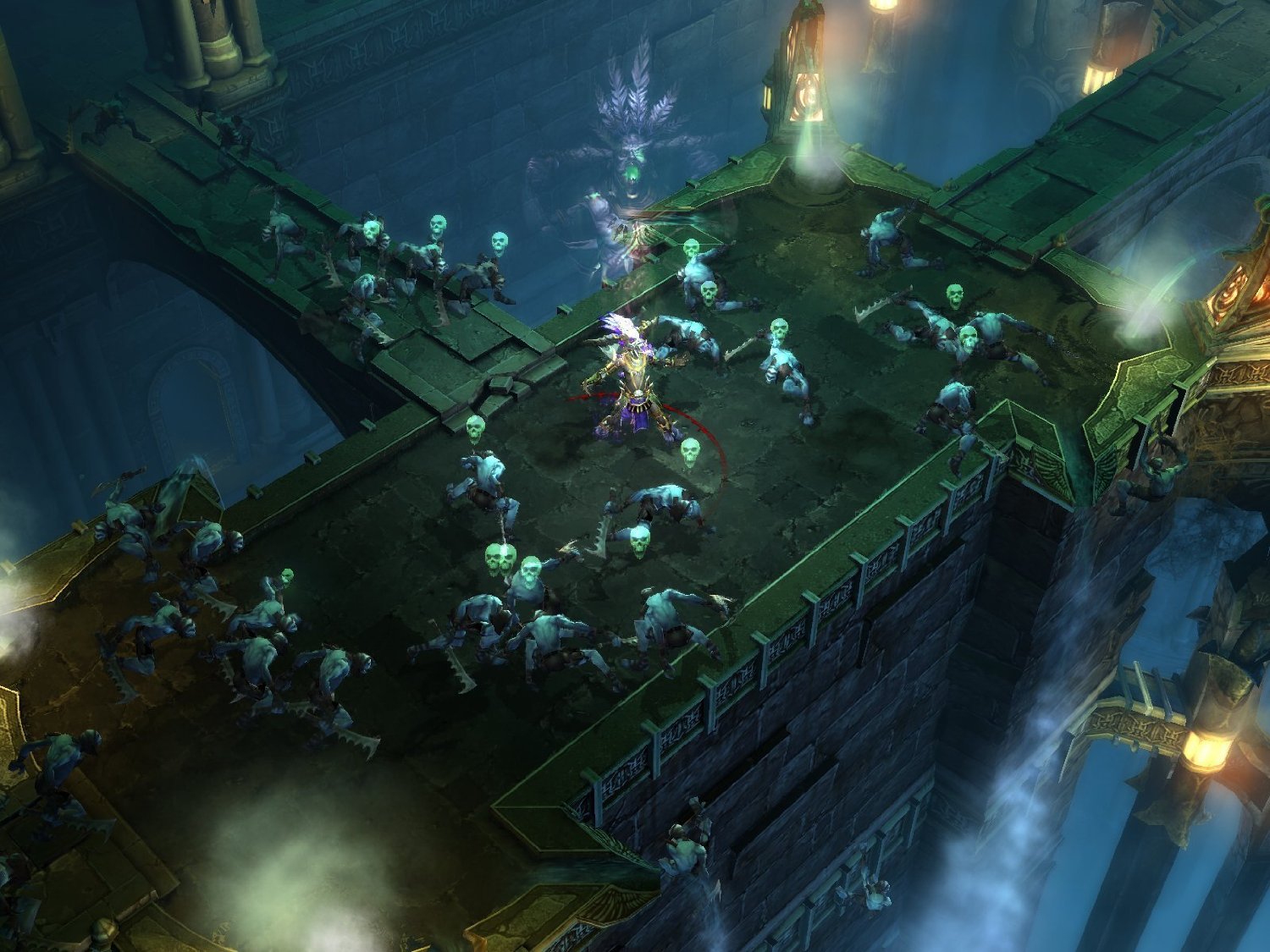 More of the same? Same old formula but with a few tweaks.

Diablo 3 was my , a reflection on the fact that I’ve always enjoyed this series, and following my recent switch to PS4, I knew I would have to acquire the Ultimate Evil Edition. This is a review in part of the old game, but mostly a discussion of where the game currently stands. Diablo 3 is the final instalment of Blizzard’s titular series, and follows the conniving gambits of the Daemon lord Diablo, who has for 3 games been playing the characters in the world of Sanctuary for fools. At the end of Diablo 3, it seemed like he was defeated, but the new expansion throws all of that into the air, and introduces the magnificently sinister Maltheal, former Angel of Wisdom, now Angel of Death. The background world of the Diablo series is pretty dark and as such many of the series’ heroes, especially from the first game, typically end up coming off badly, or merely advancing Diablo’s plans. Whilst he has certainly suffered setbacks, this game sees the culmination of many lingering threads, and the last of Diablo’s great gambits. The new expansion ends on a cliff-hanger, hinting about the possible outcome of this great war against the Daemon lords.

Diablo 3 has had an interesting run, in no small part because it hit the tail end of the previous console generation, and it has had the dubious honour of following Diablo 2, a game that was a resounding success. I have always liked Diablo 3, as it took the task of making a number of pragmatic changes from the Diablo 2 format, and emerged with a game that stands at the pinnacle of the series. Some may prefer the original for its proper Rogue-like difficulty, or the second, with its difficulty mixed with its somewhat less dogmatic options system, cube shenanigans and plot. But it’s hard to deny that whilst Diablo 3 is far from a challenge in most senses, it elevates gameplay to being more satisfying, rewarding, and even, surprisingly, convenient. For one, it is far more rewarding compared to time investment. Shared character chests, shared 70+ level perks (called Paragon Levels), challenges, quest rewards, and so on. The game rewards replay, and time investment, by allowing you to shift good ‘uniques’ (weapons and items that are, well, unique) to your characters who might use them, and paragon levels give incentive to those who grind for good equipment by buffing all characters if you use a level 70 character. Then there are other conveniences, such as being able to easily swap what skills and abilities are used (contrary to Diablo 2’s more dogmatic system), getting decent items more easily thanks to black-smithing, and console ports even have better rare drop rates than the PC version of the game. The inventory system is now straightforward and you can carry a lot more than in the previous game, and town portals are a normal ability that can be used infinitely once it is unlocked during gameplay. The combat system is pretty tight, and all classes have their own abilities, which are modified by runes. New abilities and runes are unlocked as characters level up, and some unique weapons can also modify class abilities (My Witch Doctor character has a unique ring that replaces my 5 Zombie Dog summons with one, huge Zombie Dog that does more damage). This style of play is rewarding, because you can freely experiment and create your own play style, and as all classes play differently, there is a lot of re-play value in trying the other classes. It is the case that some combinations of class abilities work better than others, but all abilities have their own perks, which if mixed with the right equipment can still be quite potent.

The arrival of the first expansion has led to a number of drastic changes. No doubt Blizzard have acted on feedback, as a number of things have changed from the the older version of Diablo 3, some of which are related to things other than balancing class abilities. They are mostly small tweaks that make life easier, such as having loads more blacksmith and gem plans, reducing the price of upgrading items, making leveling up less time consuming, decreasing the time between certain events spawns, and changing drop rates to make them more rewarding and occur more commonly.

The new expansion also adds a whole lot of additional content too, meaning that now, in addition to overhauling the Paragon System (which can now buff characters, rather than simply increasing drop rates), there is a whole new act in which the hero is attempting to prevent a fallen angel from wiping out all of humanity. Ultimate Evil Edition introduces a number of new locations, as well as delving into more of the world’s background lore, such as Westmarch, the origins of Sanctuary and the wars between the Angels and the Demons. The fact the new Act (Act V) ends on a cliff-hanger is problematic, not least because it seems obvious that the player will have a choice of whether or not their character will be good or evil in the next expansion. I have a bit of a problem with moral choice systems in general, but as actual demons and angels are in the game it does sort of fit. It is somewhat troubling given that the game has spent much time alleging that there is barely any difference between angels and demons, and as the new expansion features a number of angelic enemies, the good/evil dichotomy could be a moot point. After all, with an edition called “The Ultimate Evil Edition”, it does seem a little sad that it isn’t actually the finished product, and that in fact, there’s still a whole other expansion to buy to get the complete story. The expansion also adds a new class called the Crusader. I haven’t used it yet, but I am assured that it’s a very powerful class (much like the Paladin from Diablo 2). There are rumours that the final expansion will also include the Necromancer as a playable class as well.

The game also boasts a new game type called Adventure Mode, where players can complete “Bounties” for additional money. The Adventure Mode also boasts a few other perks, such as Nephalem rifts, that contain special, unique items and buffed up bosses. This mode gives a lot of re-playability, and as players move quickly about the map replaying areas from the five acts, this is also a good way to complete challenges, as it’s common to come up against bosses, and explore previous areas. Killing Treasure Goblins also leads to the possibility of opening a portal into the Treasure Goblin’s realm, where large amounts of gold, and a special boss, named Greed resides. Adventure Mode is definitely an enjoyable addition to the game, although it most rewards the kind of player who enjoys grinding games for bonuses, and as such, it can get a bit samey.

Diablo 3: Ultimate Edition is still, in spite of a few minor issues, a definite must have for fans of the series, even if they played the original version of the game. It’s sufficiently different to offer a lot of new features, subtle and welcome improvements, and to make the game enjoyable. Whilst it isn’t the finished product, it still demonstrates that Diablo 3: Ultimate Evil Edition is a sleek, well-designed game that has implemented a number of improvements, very likely developed from feedback received by Blizzard. That fact alone makes this a game worthy of your consideration.