Part One is here.

I’m a huge fan of the Super Nintendo Entertainment System or SNES, a console released in Europe in 1992, for so many reasons, and one of those reasons is how much of a leap forward it was from its predecessor (the Nintendo Entertainment System, or NES) in terms of the music it was capable of. The soundtracks were so distinctive and the skill behind a lot of the SNES’s music was incredible. The sci-fi side-scrolling action-adventure Super Metroid wouldn’t feel as dark and atmospheric as it does without the eeriness of its title theme, opening with a repeating beeping sound and ominous high-pitched strings, reminding you of something you might hear in the opening of a horror film… but the mechanical breathing of the baby Metroid is what makes this theme so unnerving. 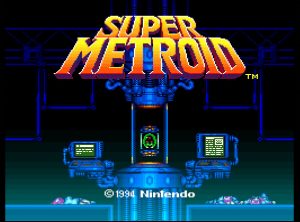 EarthBound is a beloved SNES RPG and has such a huge range in its soundtrack. It goes from the sweet, such as the theme playing in Ness’s hometown, Onett, to the terrifying – the theme of the battle against the last boss, Giygas, is just random ambience and bleeping noises to begin with, then changes to a twinkling melody when Paula prays, and then dissolves into chaos, to demonstrate how Giygas was severely wounded by Paula’s psychic appeal to everyone the party had met on their journey. 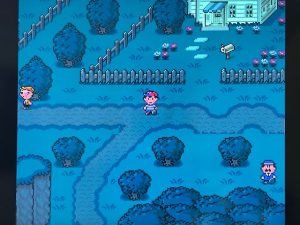 The beginning of EarthBound

But my favourite SNES soundtrack is the music of Donkey Kong Country. The track ‘Aquatic Ambience’ in particular is truly incredible. The composer David Wise made such good use of the SNES’s capabilities – it’s hard to describe exactly why this track is so memorable, but essentially, it manages to convey the feeling of being underwater and exploring a totally new landscape so well, and the first time you hear it in-game you have to stop for a moment to truly appreciate it. 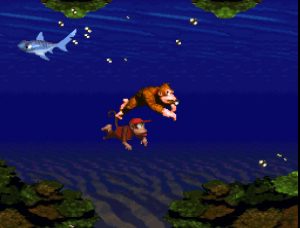 Fast forward a few years from the SNES and you find Pokémon gaining huge popularity towards the end of the 90s. My entry into the series was Diamond and Pearl on the DS, and that game’s soundtrack, as well as that of the games that followed, HeartGold and SoulSilver, is incredibly nostalgic for me – songs like ‘Twinleaf Town’ and ‘Goldenrod City’ are really special. The last Pokémon games I was really enthralled by for a long time were Black and White, and the Elite Four battle music in particular is probably the best out of the whole series for me. It does such a good job of capturing the trepidation and challenge that you feel when you’re a child fighting some of the toughest trainers in the region. 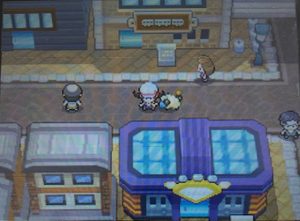 The Animal Crossing series, as a life simulator, has different music for each hour of the day. Early morning play sessions are usually accompanied by sparse, quirky songs; the middle of the day’s music is upbeat and joyful, perfect for when you’re running your errands, watering flowers and chatting with your villagers; and the evening and night music gradually becomes more peaceful, demonstrating how the town is winding down for the night. What’s more, many of the hourly songs incorporate the riff from that particular game’s main theme, making it very easy to tell what song came from what game. You’ve also got the mainstays, the songs that have barely changed from the very first game – the music playing in Nook’s Cranny and the Able Sisters’s shop, as well K.K. Slider’s songs, are the best examples of this. 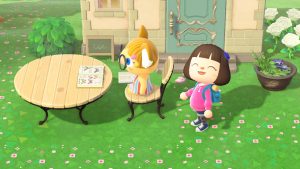 I couldn’t finish a discussion on video game music without talking about the Super Smash Bros series, and in particular, the most recent installment: Ultimate. This game has over 900 songs from different games, which is frankly unbelievable. Some of the songs are the originals straight from their source games, some are remixes made especially for Smash, and some are songs unique to the Smash series, such as the main themes of each game, and the Battlefield music (and the Menu theme, of course). However, the main reason why I am talking about Ultimate is because its soundtrack has introduced me to many songs and games that I probably wouldn’t have discovered otherwise. 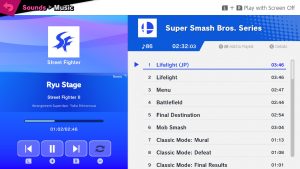 A good example is the Fire Emblem series. There’s a lot of fighters from Fire Emblem in Ultimate and I’m not about to go into whether that’s good or bad – but a huge positive is the music from this series, and it encouraged me to start playing a few Fire Emblem games. I like ‘Eternal Bond’ from Path of Radiance because it captures Ike’s character and motivations really well (from what I’ve heard, anyway – this game is hideously expensive so I’ve not managed to play it yet). There’s also ‘Destiny (Ablaze)’ from Awakening, which receives a fantastic remix, and of course ‘Id (Purpose)’ sounds so triumphant when the main Fire Emblem theme is incorporated into the chorus. The selection of songs from Fates is really dry – there’s about four versions of ‘Lost in Thoughts All Alone’ and pretty much nothing else, when they could have included something like ‘Justice RIP’, ‘Alight’ or ‘Road Taken’, but at least the songs from Three Houses (these songs come with the completely uncontroversial Byleth challenger pack, along with the Garreg Mach Monastery stage) aren’t as disappointing. ‘Fódlan Winds’ is great, and the new arrangement of the Three Houses theme is incredible. ‘Apex of the World’ is here, but sadly ‘God Shattering Star’ is missing. 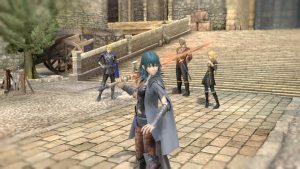 Ultimate also introduced me to some music from Xenoblade, and ‘You Will Know Our Names’ is particularly good, to the point where I want to play its source game just to find out where this song features. Simon Belmont is an Ultimate newcomer and some of the new Castlevania arrangements are very enjoyable, like ‘Bloody Tears / Monster Dance’, and ‘Vampire Killer’. Final Fantasy is only represented by two songs, both from Final Fantasy VII: ‘Let the Battles Begin!’ and ‘Fight On!’. Despite the bizarre lack of music from this series with such a lengthy history, ‘Let the Battles Begin!’ is an iconic song that made me interested in VII and by extension the entire series. (But I just wish they’d included ‘One Winged Angel’). 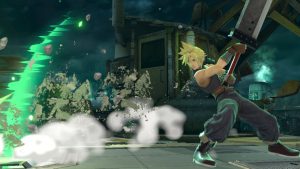 Finally, Mega Man is a series well-known for its catchy music, and there’s a really good selection in Ultimate, with remixes of a whole load of stage themes. ‘Snake Man Stage’ receives an excellent new arrangement, making use of violins as well as electric guitars, so it still sounds like a Mega Man song but has an elegant twist. The ‘Mega Man 2 Medley’ is great too, keeping the chip tune you’d find in the original game, but with driving guitars and drums that give the song an unmistakeable air of excitement and joy. 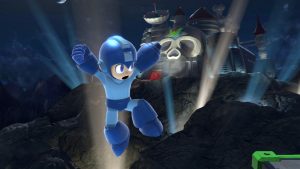 I could keep going, but I think that’s a decent enough selection for now. To return to what I said at the start of Part One, video game music is so important because it adds something unmistakable to that game’s atmosphere and the overall experience. Some songs are just good on their own, some are special because they recur throughout a series, and some make you nostalgic for an era you never even lived through. Video game music conveys all kinds of emotions. And although I was joking when I was talking about the Eurodance remix of ‘Korobeiniki’, I really mean what I said: those who say video game music is inferior, simply by virtue of it being video game music, couldn’t be more wrong.