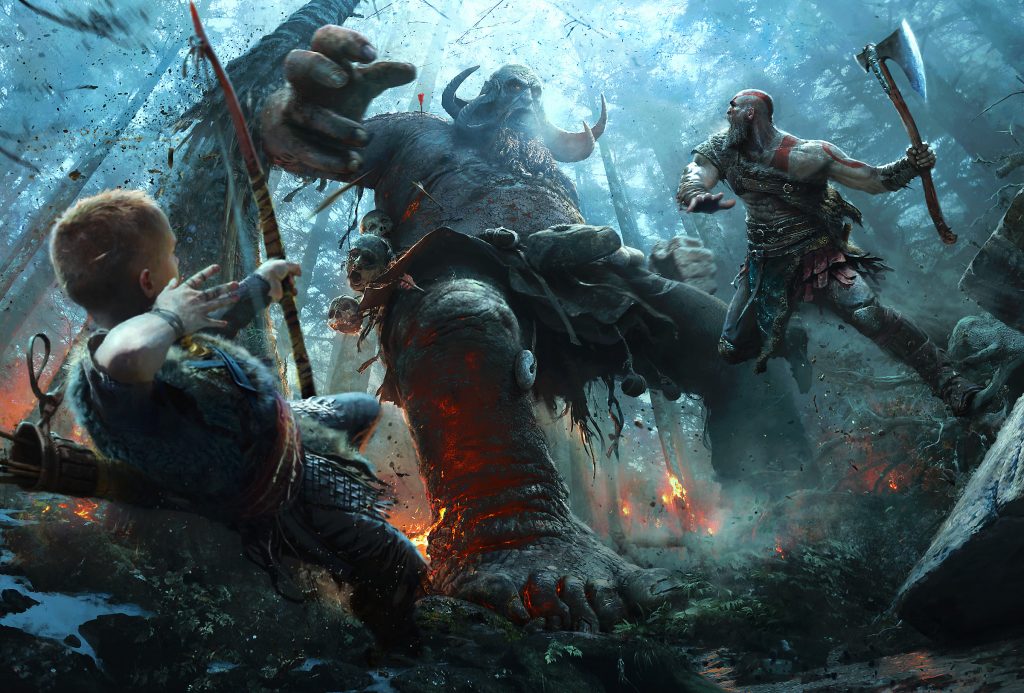 Now and then, about once every year or so, a game is released that achieves unanimous critical acclaim. It gets a flurry of perfect and near perfect scores. That game in 2018 is God of War. A capital S, ‘Serious’ reboot of the once ultra violent machismo series – people seem to love this game.

So what is the problem with this? On a surface level, there isn’t any problem. This could be boiled down to people just really like this game. Period.

But there isn’t anything more which irks me than a game releasing to such a critical fanfare as this. I feel something inside me when I see all those Ten out of Tens. A weird feeling which I don’t particularly like, but is there none-the-less.

Can it really be that good?

Maybe this is partly due to games still being reviewed as products. Games criticism is veering away from this but a large amount of this semblance still remains. We still divide game reviews into its component parts, however much we try to review it as a whole. I am as guilty as this as any, and can find myself shoehorning in a dissonant paragraph about the games music, for example. God of War could be objectively successful as a product, so it follows that the reviews would be high across the board.

But this is not the real is issue.

The problem becomes more obvious when you look into who has reviewed the game. A large amount of the reviews I have read, from many of the biggest gaming publications, are written by men. This might make sense to a lot publications – the game deals with themes of fatherhood and masculinity – so it follows that a man should review it. However, by having one demographic being the dominant voice in criticism, you will lose much needed nuance.

It’s recently been revealed that over 75% of games writing on major websites is written by men, being much more of a systematic problem than you would hope in 2018. It is clear that change is needed on a large scale and with that comes time, but I can’t help but groan when a large amount of the pieces I read show the same hand of cards.

If you looked even further into the statistics I wonder how many of the writers at these major publications are non-white? Even as I am writing this now, it’s coming from the perspective of a white man. I still have my innate prejudices, and privilege over others. This article may even come across as hypocritical, but I believe it still needs to be said.

It is good that, in the week following the release of God of War, there has been a much wider critical perspective on it – and despite not playing the game, I’m finding the discussions surrounding it intriguing.

Yet having these pieces after the initial reviewing period does not solve the underlying problem.

What is needed is initial reviews written by a diverse pool of critics. Not dominated by one demographic, and especially not just written by men. A game can get perfect scores across the board – but how can that be believed, when so many voices come from the same set of mouths?