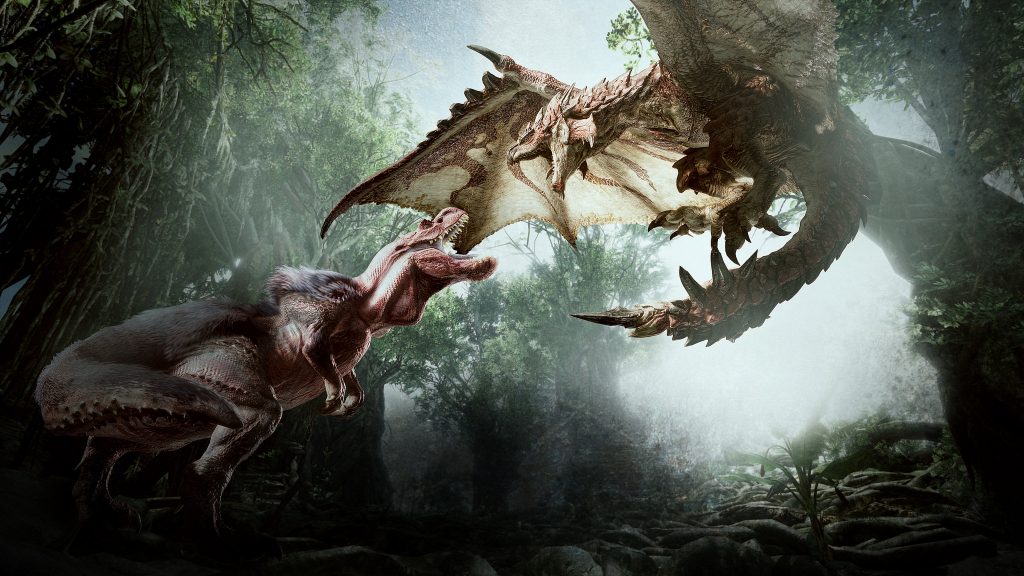 The critically acclaimed game has sold over 5million copies in the three days after its release on 26th January 2018, which is a new personal record compared to previous instalments, because it was released simultaneously across Japan and Western countries. The biggest surprise Capcom revealed from its magic sleeves was the special collaboration that enables fans of Horizon Zero Dawn to play through Monster Hunter with their favorite machine-hunting character Aloy, also equipped with complete sets of Nora armor. The latest Monster Hunter game guarantees a more in-depth exploration of the ecosystem of a newly discovered continent known as “The New World”. Now, to get straight to the point why it is such a successful game and why it got so much praise?

The so called conspicuous charms of the game are rooted in the more advanced artificial intelligence and physics that simulate more living ecosystems that hold their advantages when carrying out a successful hunt, also the new refined simplistic menus, the cooperative multiplayer and helpful tutorial targeting new potential Western-countries fans. The objective of your character is to track down monsters to either kill them or capture them in order to defend the Research Comission and to study them. Choice of weapons includes 14 types, (most are typical for Japanese games, reminiscent of Final Fantasy): long sword, bow, hammer to a Hunting Horn which determine the sets of armour, combat moves and abilities. So slaying monsters (like in Diablo II or WoW) to complete an armor set (looting basically) that matches your crafted weapons and abilities is an incentive to slay more powerful monsters because you need to build a better gear. Unlike other RPGs, completing objectives is more inclusive (you are on the hunt after all):  by tracking monsters down with the new tracing system via Scoutflies: glowing little helpers that need training on finding footprints and environmental marks from your prey. As a player your approach to a monster is set in several different ways to either capture it by setting traps (careful not to fall into one) or kill it unless you are interrupted in the process by an apex predator attacking both your prey and you, the so called “turf war” system. Along with your cat companion Palico, which has its own gear and bonuses, it is not just plainly hunting because the monsters actually express their own emotions when you are pursuing them – for example, trailing an injured creature as it runs for its life from an alien intruder, you can hear its whimpers. 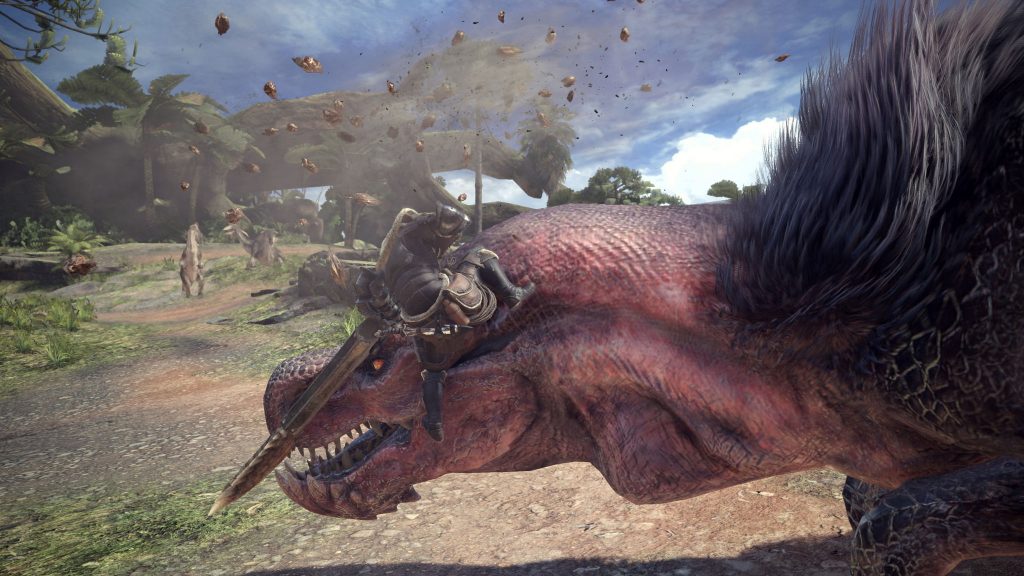 The creatures that are aggressive and crave bloody fights are very few, usually carnivores, but the game has its quests about minimizing population of herbivores or to steal their pelts, beaks, bones for crafting. The player needs to understand their behavior in order to successfully survive a hunt and advance, there is no moral choice in the matter which is fitting as it is about dealing with a rich ecosystem. Learning is practically as crucial as doing, from potion recipes to using intricate combos, because the game is throwing at you new challenges that need a change of tactics with the view to benefit your character.

After the end of story content, the game changes the monsters or adds new ones and doubles the required gear to seek. That happens if you manage to beat the story quest as more probable is your menu to get clogged up with side-quests and to find the time to try all your looted weapons or if you manage to beat that extremely tricky second half of the campaign. The reward system of the game is complex to say the least as with every level you to navigate through labyrinthine trees to upgrade your weapons which come up by completing quests or by slaying the right monsters in order to build your deadly tools. Monster Hunter’s system, which encourages the player to actually play, is clockwork precise as in order to survive in its world you need to go from on task to another to build better equipment, basically to make a collection of tailor-made tools to slay the increasing number of enemies. Loading screens were eliminated between different zones which quickens the pace of the game and it encourages players to use potions to heal rather than go in a zone and wait. 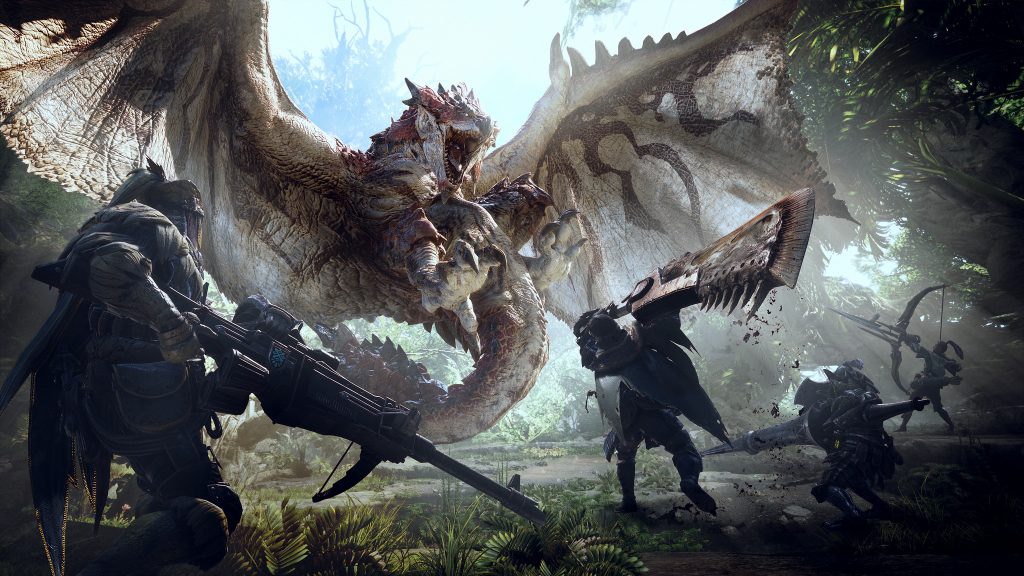 It was a franchise not popular in Western countries, until now, because of the complexities in the previous games, the required steep learning curve and more importantly the different console preferences. Like before Monster Hunter has a multiplayer with a party maximum to four people and every one brings their own Palico, but strategy and planning in the voice chats call for better teamplaying as executing traps and bombs is trickier with timing. Improvement in exploring from previous games include the easier gathering of ingredients and set them to automatically craft healing potions or when recipes appear alongside your crafting window. Searching for the required items to build an armor is seamlessly simpler than in other RPGs as you can create a wishlist and research the monster’s habitat and where to focus your attacks to exact the pieces. The exploration comes to life with smart, unpredictable AI that won’t stop a monster from chasing you up a tree, running away as you wail on its back, or jumping in to a another monster’s battle. The most appealing aspect of the refined game lies mostly with the more time hunting and the less time crafting, but the time investment it demands should not put off anyone, as the optimal enjoyment of any game in particular is experienced with friends, even if it seems the most daunting.