Marvel’s Spider-Man (PS4): Does Whatever a Spider Can? 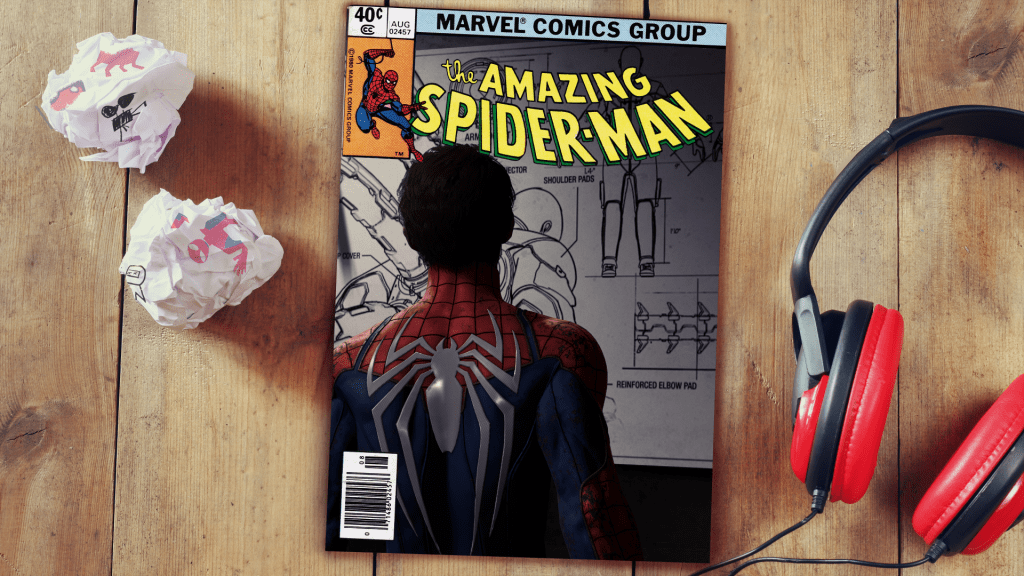 Marvel’s Spider-Man, developed by Insomniac, is a very well written game, and having been scripted by a team involving comic book writers, it pays close homage to the various incarnations of Spider-Man in comics throughout the years. Drawing on the whole legendarium to create an engaging plot, I believe that the five writers (including Dan Slott and Christos Gage) have done an excellent job of synthesising the essence of Spider-Man. As someone who knows an almost worrying amount about the characters portrayed here, the plot was constructed in such a way as to keep even me guessing, while not feeling as if it was deliberately trying to throw off seasoned fans.

The storyline is extremely engaging and at no point did I feel entirely sure of what was going to happen. The meat of the storyline lasts about 4 hours, which while sounding short, I think Insomniac would have struggled to add more plot and retain the strength of storytelling on show here. For those expecting an Arkham Asylum-style epic, you should look elsewhere, as the game is only around 15 hours long. As for myself, I finished it in around 4 sittings.

The characters are well realised and well written, providing us with a varied cast including Peter Parker, Mary Jane Watson, Aunt May, Miles Morales, and Martin Li to name but a few. The Villains roster is also pleasingly full and varied, with such classic foes of Spider-Man including Wilson Fisk, Shocker, Electro, Rhino, Vulture, and some others which I will leave as a surprise. You don’t expect the villains to be especially well-developed, but to give Insomniac their due; all of the Villains have engaging motivations.

The connections between characters are also skilfully written into the game, the banter between Spider-Man and his gallery of foes alluding to previous events, and his interactions as Peter being charmingly awkward. Many of these reference comic book stories specifically, but even those that don’t never feel out of place. And even if you have never even picked up a comic book don’t worry, as the game doesn’t ever require such knowledge to progress or to understand the plot.

I suppose the clearest way I can explain the gameplay is to state that you really do feel like Spider-Man. I would even go so far as to say more than Spider-Man 2 (2004) ever did. Web-slinging is slick and simple, while the combat is exciting, dynamic, and varied. And there are a ridiculous amount of crime-based missions, collectables, research tasks, pigeon chasing, (yes, really) and science based puzzles to keep you occupied for well beyond the time it takes to complete the main storyline.

Progression is managed via the collection of tokens which come in several forms. Crime tokens are awarded for responding to the random occurrence of crime throughout the city, which depending on how well you do, you are awarded between 1-3 tokens. You can improve the amount you get by achieving objectives such as using a specific move or combo, competing the event without being hit, or finishing it under a certain time. There are also Challenge tokens, Research tokens, and Landmark tokens, which all work in much the same way, with some variation. Research tokens, for example require you to complete research tasks as Oscorp labs. I found them to be a fun distraction from the main storyline missions, but I understand some could find the amount of tokens that are needed for certain unlockables to be excessive.

If you don’t like collecting items in games, then you probably won’t be interested in this part of the review, because Marvel’s Spider-Man has a lot of them. And I mean a lot. The main draw in collecting massive amounts of tokens is that they enable you to unlock more complex and powerful move sets, greater movement abilities, and of course, new costumes! In all there are 28 alternate costumes to be unlocked, covering a wide range of eras and authors. There are some from the latest films, many from the Spider-Verse comic event a few years ago, and a few from obscure corners of comic book lore that even I had never heard of. I really enjoyed this aspect of the game, probably because I’m a huge comic book nerd and get a kick out of knowing this pointless trivia, but also it adds variety to a game that is much the same from beginning to end.

There is, however, a change of pace that is offered throughout the game, which is that at certain points you play as Mary Jane. They generally take the form of stealth sections, having to avoid thugs and security as you work to uncover stories as an investigative journalist for the Daily Bugle. They are a nice change of pace from swinging around the place as Spider-Man, and they are not so common that they become annoying.

Graphically, the game provides us with a fully realised, living, breathing New York city, which although not true to life scale, feels large enough to be the real thing. The NPC’s in the streets dynamically respond to what you are doing, and reactions change depending on where you are in the storyline, so that it never feels as if there are a limited selection of NPC responses. It looks great, and you may have seen that players uploaded photos they took in game to social media, such is the craftmanship involved in making even the skies look incredible.

Characters are well animated and voiced. None of them look awkward or out of place. Even the spider-like acrobatics look and feel plausible; the physics engine is impressive, as your movement has weight and momentum. When we see so many games with so-called ‘ragdoll’ physics, it is a pleasure to see a game with true to life animation and done so well. I can’t fault the game on how it looks and plays. Playing it, I never found myself getting irritated because the game wouldn’t do what I wanted, or surprised that something was animated poorly. I can’t stress the quality enough. I just hope you can play it and see for yourself.

So, does Marvel’s Spider-Man do everything a spider can? Yes, I think it does. The plot is well-written, engaging, and tugs on the heartstrings in its dramatic conclusion. As a seasoned comic-book fan I found that it was original, which if you know comic books at all, is no mean feat, and had the right balance of drama, comedy, and tragedy. The characters are well realised, and faithful to the source material, the Villains, complex and well designed. Gameplay is balanced, but does tend to become repetitive, especially when you’re grinding to unlock those last few costumes (I’m looking at you Ghost Spider). There is also an aspect of collectable-mania involved, which I loved, but do understand that others cannot stand this aspect of games. It is possible to ignore it to an extent, especially if you’re not a completionist or a huge nerd.

In terms of looks, the game is incredible. I often found myself just swinging around and enjoying New York. To me, if a game can engage you while doing nothing. If it can draw you in without a plot, or a new game mechanic, if it can please you just by the sheer craftmanship involved in a job well done. That game deserves all the accolades it receives. And the best thing? There is more. The City That Never Sleep DLC is out now, the first instalment having been released October 23rd. It is slightly disappointing that this content was not part of the main game in the first place, especially considering it is an extra £15.99 on top of the original £49.99. It would have also given the game a more solid storyline, as there were few side-quests which felt genuinely well fleshed-out. Those that were, were fun to play, so this seems like a missed opportunity. But all in all, this is a very well made and well executed game, and well worth the wait.