Glitch Cities, virtual pandemics, and other bugs in gaming

Video and image credits are at the end of the article.

I’ve always found it interesting when games go wrong. Of course, I say ‘interesting’ – it’s certainly not interesting when you lose your entire save file, for example, or something equally devastating happens as a result of a glitch, particularly when it wasn’t something you did on purpose. While minor cosmetic glitches are mildly amusing (the wrong texture appearing on a particular enemy, for example), I’m most interested in those that impact gameplay or how the player experiences the game.

Glitch City, from Pokémon Red and Blue, is where we’ll start. This ‘place’ can be accessed through an exploit relating to the Safari Zone. If you follow certain steps (as detailed in the video below: skip to 3:36 to see Glitch City without the how-to), you can walk around in a patchwork environment that can only be escaped if you use Teleport or Fly. If you don’t bring a Pokémon with either of those abilities and you save your game whilst inside Glitch City, then I’ve got some bad news for you. But if you come prepared, it’s a pretty interesting glitch that is both harmless and not too difficult to trigger.

Of course, I can’t talk about Pokémon glitches without mentioning MissingNo. Short for ‘Missing Number’, this Pokémon can be encountered most notably through the ‘Old Man glitch’, requiring the player to carry out several steps in order to trigger MissingNo.’s appearance. MissingNo. isn’t an ‘official’ Pokémon, obviously, but it can still be used in battle, and it does have a Pokédex number.

Something similar to Glitch City can be found in Super Mario Bros.: an endless level known as Minus World. Entering the Warp Pipe after World 1-2 at the correct time and inputting the correct sequence of movements places Mario into a water level that will loop in perpetuity until you reset the console. Interestingly, the Japanese version of the game on the Famicom Disk System produces a different result: there are instead three levels, followed by the end of the game. Sprites of Peach and Bowser can be found in the opening level, which is also a water level.

In the modern age of gaming, however, these things don’t really happen anymore. Bugs and glitches are largely sorted out through patches, distributed over the Internet through updates, or even done as silent background work. This is pretty incredible compared to what we were dealing with before: back then, if you encountered a bug, even a game-breaking one, that was generally it for you. Now, though, simply downloading an update can fix massive problems within mere hours.

The Legend of Zelda: Skyward Sword is a curious case, because it did contain a bug that corrupted your save file if you did a quest in the ‘wrong’ order (known as the ‘Song of the Hero’ bug). However, the Wii didn’t allow for patches to be distributed over the Internet in the same way we see today. This meant Nintendo had to release an entirely dedicated Wii Channel (remember those?) in order to fix it. If you didn’t have Internet access, you could even send in your Wii and have Nintendo repair the save file manually. Imagine that. And since the Wii Shop Channel got taken offline in January 2019, this weird aspect of the Wii era is unfortunately lost to history, unless you already had the update channel installed. 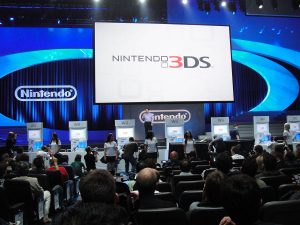 While the Skyward Sword situation was far from ideal, it pales in comparison to the hullabaloo surrounding the release of the hotly anticipated Cyberpunk 2077. The PlayStation 4 and Xbox One releases were absolutely riddled with bugs, to the extent that the only pre-release review copies distributed were of the PC version of the game. The game was removed from the PlayStation store on December 17th of last year, with the studio that developed the game, CD Projekt Red, offering refunds to dissatisfied customers. While it seems that various fixes are on the way for all versions of the game, this really shouldn’t have happened in this first place… but it does make an interesting case study. (I should add that CD Projekt Red’s fortunes haven’t exactly improved since the botched launch of Cyberpunk, as they were apparently hacked a few weeks ago and threatened with having various source codes leaked. It then transpired that some of this data was sold off: I think it’s fair to say that despite the complete mess surrounding Cyberpunk, the studio’s employees did not deserve this.) 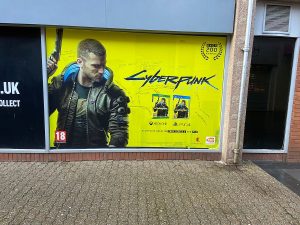 A vandalised Cyberpunk 2077 poster (credit at end of article)

But one of the most fascinating examples of a bug in a game that caused wide-spread disruption, and yet was eventually resolved, has to be World of Warcraft’s ‘Corrupted Blood incident’, which lasted for one week during September 2005. This is the virtual pandemic I referenced in the title, because that’s exactly what it was.

A debuff called Corrupted Blood featured in a newly released raid. It caused your health to deplete, with the only cure being either the passage of time, or to defeat the boss, and to avoid spreading it to other players you had to spread out away from them. However, an oversight meant that summonable pets could be infected with the debuff, and if infected and then summoned outside of the arena, the pets could spread it around. This meant people just hanging out in the world got infected, as well as NPCs, and so the debuff spread and spread.

The impact of this was huge: people abandoned heavily populated areas like towns and cities, and fled to the countryside. Blizzard, the developers, tried instituting voluntary quarantines but some spread Corrupted Blood on purpose, much to the detriment of lower-levelled players. Attempts at controlling the spread of the debuff ultimately failed, so Blizzard had to reset the servers and deal with it that way. This incident was particularly interesting because of how players responded to it, due to WoW’s nature as an MMORPG: you had a whole spectrum of behaviour, from people trying to help other players to avoid the debuff, to people spreading it around on purpose. Nothing of that scale has happened since, at least not accidentally (there was a ‘Zombie Plague’ in 2008, but that was entirely intentional).

Bugs and glitches are just a fact of life when it comes to gaming, but some are more bothersome than others. Game-breaking bugs, whilst not a thing of the past, are not the world-ending disaster that they used to be. And really, we should just be thankful that the days of sending our Wiis to Nintendo are behind us.

“E3 2010 Nintendo Media Event – The Legend of Zelda: Skyward Sword demo machines rise from the floor” by popculturegeek is licensed under CC BY 2.0.

“Cyberpunk 2077 poster” by Spy-cicle is licensed under CC-BY-SA-4.0 (also used as the article’s featured image).