This is the second part of my list of games for post-exam lockdown life: today I’m looking at open world games.

The Legend of Zelda: Breath of the Wild (Wii U, Nintendo Switch, 2017)

This game in my opinion has an unmatched level of detail and beauty in its open world. It’s an RPG and the story is simple, or at least as simple as that of other Zelda games, but very effective at providing a vehicle for the real star of the show, which is the world itself. 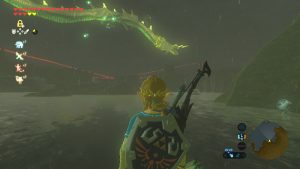 Nearly every time I’ve picked the game up, I’ve found something new or exciting, whether it’s a Shrine (mini puzzle-based dungeons), a waterfall I’d never seen before, or a piece of Hyrule’s history from before the Calamity 100 years before the game’s events. 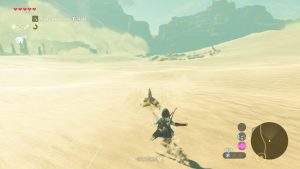 Sandsurfing in the Gerudo Desert

The game encourages you to explore every nook and cranny of Hyrule through the placing of Shrines (some of which require a lot of head scratching to figure out how to get them to show themselves, when your Shrine Sensor has been beeping at you for twenty minutes…) and the Koroks, which involve puzzle solving or, more often than not, just lifting up random rocks – so it’s imperative that you look everywhere if you want to 100% complete the game. 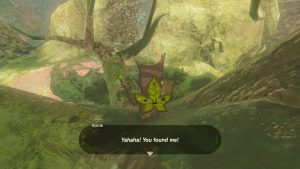 There’s also several towns and villages that you can visit, which are themselves full of secrets and side quests, and completing these will both fill your time and flesh out the world further. One important thing that you’ll definitely want to do is find all of Link’s memories, located at various points around Hyrule: these will give more information about the events of 100 years ago, and they actually help give the silent protagonist quite a bit of personality. So if you own a Switch (or a Wii U…) but for some reason have never played this, do yourself a favour and get this game. It’s the most beautiful, enriching open world I’ve ever seen, and it’s perfect for when you’ve got hours to kill.

I only recently started The Witcher 3 but it’s very clear that this game is going to take a long time to finish. You play as Geralt of Rivia, a ‘Witcher’ (someone who was trained from childhood to be incredibly powerful, and who hunts monsters),  on a mission to rescue his adopted daughter from the Wild Hunt. As an action RPG it involves combat, talking to and gathering information from NPCs, exploring the world, and carrying out side quests, as well as (obviously) following the main story. 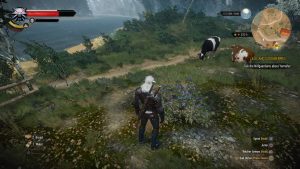 The combat is simple and fun, allowing you to attack with a sword (you have a choice of two – your silver sword is used against monsters and your steel sword for humans) and use Signs, or spells, such as Igni (offensive fire magic) and Quen (this protects you from attacks for a little while). There’s a huge number of NPCs to talk to and the writing is fantastic (though the voice acting is at times questionable). 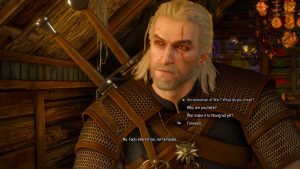 But the main reason why I’ve put it on this list is the open world: it’s almost as beautiful as the world of Breath of the Wild, but more realistic compared to BOTW’s cell-shaded style, and you’re encouraged to explore it through the many, many side quests you can take on (there are lots of Witcher Contracts you can undertake, often involving solving a problem for a community or individual by defeating an enemy for pay). And if you somehow get tired of all the missions and exploration, well, there’s always the card mini game known as Gwent. Overall, though I’ve got a very long way to go with this game, it’s so full of things to do that it’s a worthy investment and even better when it’s on sale (there’s also DLC available). It’s available on Switch too, which is an impressive feat, although it looks a bit less polished. 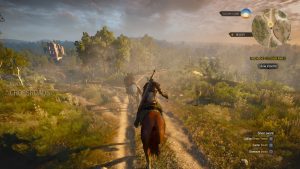 This might seem like an unusual choice for a list of open world games at first, as a 3D Mario game – after all, it is based around levels. Furthermore, it’s a Switch exclusive. However, I wanted to put it on the list because it is really the most open world Mario has ever been. Although previous 3D Mario games allow a similar degree of range in terms of places you can explore (for example, the variety of galaxies in Super Mario Galaxy), Odyssey’s different ‘Kingdoms’ are so rich and full of things to see, more so than any of the games preceding it. 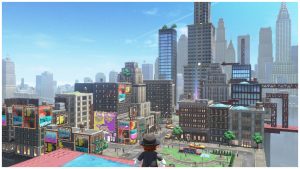 The main story will take you maybe 15 hours to complete (depending on how fast you go, obviously), but what will take up your time, and why I’ve included this game here, is exploring all of the individual Kingdoms in full and collecting all the Power Moons. Odyssey really stood out to me because of the level of detail that was put in, and places like the Metro Kingdom (aka New Donk City), the Cascade Kingdom (with music sounds like it came straight out of Galaxy), and the Mushroom Kingdom (which becomes available when you beat the main story) are so much fun to explore, not only in terms of finding all of the Power Moons (which are collectables hidden all around each Kingdom, sometimes in plain sight, sometimes requiring puzzle-solving to obtain), but just in terms of seeing everything each Kingdom has to offer. 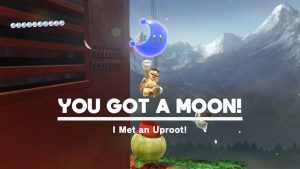 New Donk City, for example, is my favourite place in the game because it’s so lively, a bustling city which feels truly lived in. Conversely, the Cascade Kingdom has natural beauty, with its incredible waterfalls. I loved playing through this game because of how close it comes to being an open world Mario game, and as a result I’d highly recommend it for a slightly different open world experience. However, it’s on the expensive side, but it does go on sale far more frequently than Breath of the Wild, so be on the lookout for a reasonable price reduction on the Switch eShop (usually 33% off). 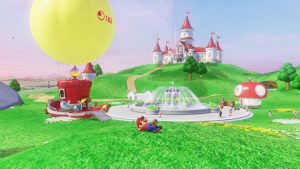 Any of these games are a great bet for some open world fun. Much like last week’s life simulators, they help restore a little bit of what we all miss from pre-lockdown life, but when we’re back to normal don’t try looking for Power Moons, Koroks, or notice boards with Contracts on them in your local park, because you won’t find them.