Michaela Atanassova in Editor's Picks Gaming Lifestyle on 3 May, 2018. 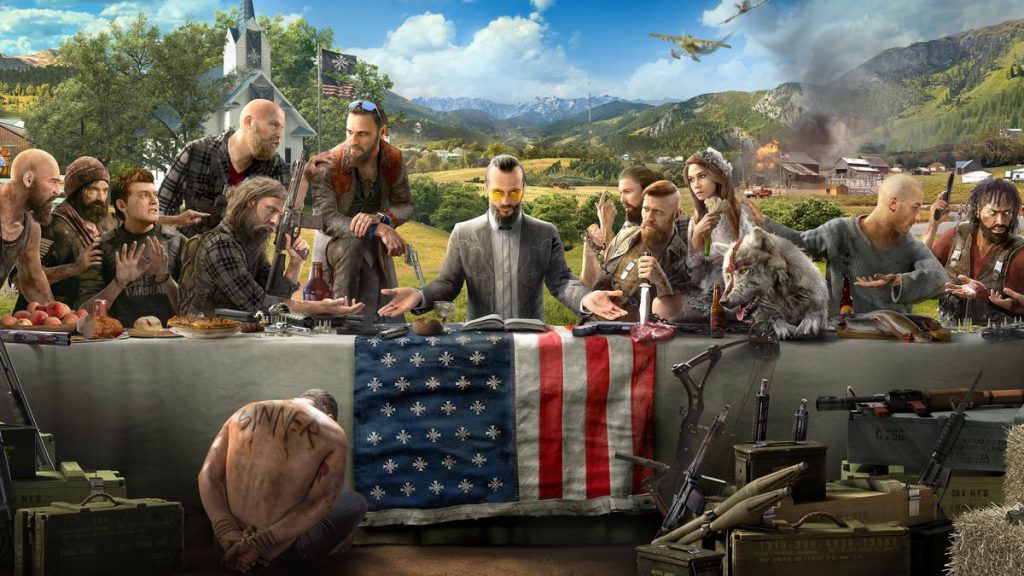 The new open-world Far Cry game, previously announced in 2016, owns its success to its dark themes which are reminiscent of the most critically acclaimed installment of the franchise: Far Cry 3. It is not coincidence as the lead producer Far Cry 3, Dan Hay, and writer of BioShock Infinite, Drew Holmes, worked extensively on the idea of a wildlife radical separatist area (Montana) with various different leaders, fighting for different ideas. Like the protagonist, the Deputy, who is fighting Eden’s Gate military cult radicals, the franchise is doing unexpected changes to escape the cynical label of being just another ‘Ubigame’ formula – climb towers, conquer territories, repeat. It has more distinct feel than the previous games because the player does not have any guidance on the missions (no minimap) and happens to know about from people he meets. It suggests a more immersive environment which was set up by games like The Witcher 3 or Far Cry 2 due to prompting the gamer to explore with curiosity.

When it comes to story, the setting now includes at least 3 possible villains instead of the familiar pace with only one antagonist. The player may think grimly the central bad guy is Joseph Seed (leader of military cult), but his three herald occupy their own regions with their own forces, each having a controversial agenda, and when they are fought against, several story arcs unfold with a climatic bang. The doomsday cult antagonists know what they fight for, but your character believes they need to be stopped and the whole game is more good vs evil than the morally ambiguous Far Cry 4. You are ‘good’ as you are fighting an ‘evil’ cult by torturing and killing, even if in a way you help another cult, but you do it because it is effective. The game dances around the fact nobody is innocent, worse of all nothing receives a backstory, especially the conservative religious military cult that crucifies brutally and does shady schemes, that made Christian commentators uncomfortable during marketing campaign. It does not have any political messages about the current international affairs, the only possible controversy would be the free access to guns analogical to current USA states. That is the case because it follows exclusively the isolated war-addicted factions, while the over-the-top pointing, sometimes silly, action doesn’t alleviate the uninspiring story. The focus is to free hostages in the ruled areas, build liberated outpost with Resistance points and eliminating bosses. The primary gameplay is one man (now or woman) against the baddy factions but you would not feel as alone as before thanks to companionship from numerous allies – like 9 different Specialists wait to be recruited. The most effective is Nick Rye, a pilot, who will get rid of planes, searching to destroy you after you have just eliminated a boss. Crafting is toned down as well as hunting but you get rewarded Perk points for just completing challenges like skydiving with wingsuit, gathering rifles, skinning animals. It gives you more flexibility of character and weapon development and you get rewarded for playing casually. 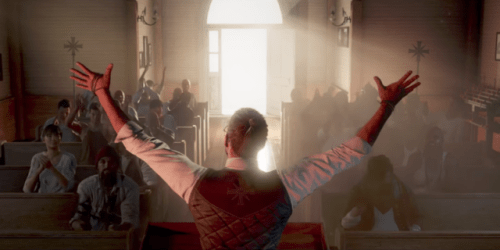 The new improvement is you can play with a friend which gives you the opportunity to get some points, weapons, money but only the host keeps the completed missions. If you are not the host, you have to go to your own world and complete them again. Moreover, the co-op partner cannot distance himself too far from you as it will result in constant spawning of your friend by your side. However, it unlocks new possibilities to approach a fight, in its limits as you can’t do a sea-plane storm of a faction. The ecosystem may not have the same natural flow as Horizon: Zero Dawn or AC: Origins but the density of the landscape is still appealing to the eye. It delivers action-packed dynamics but you can’t really jump out of a vehicle to bus and then to a rooftop like in Dying Light or your animal companion can’t really board a car and be that engaged in the action. A plus side is the side-missions are non-compulsory and non-essential to the main plot but button prompts as you have to wait for a talk to end in order to receive a quest. Another impracticality is the hoarding of buttons when too many actions are mapped – instead of picking a weapon, you may loot a body. Nevertheless, the audio, whether it is an energetic banger or guitar acoustics, serves its purpose to bring high emotions to the hymn-like music of the game. It wouldn’t be a Far Cry game, if it weren’t for some diversion-like peculiar missions – unravel a conspiracy about aliens, slap cows to get them back in the pens or just battle a female boss (that’s a new one).

To sum up, Far Cry 5 has definitely made far-reaching improvement in making it an entertaining memorable ride with loads of flexible ways to approach an enemy convoy or base along with up to two human escort (like a sniper having your back) or adopting a cougar. It is a shame that the immense gameplay does not receive an enticing story to support it, only giving a brief explanation of the endings for which the player would not care, as there was not an inspiring reason to care, in the first place. The dark themes are not explored because its follows the model to delve more into every blast than the reason behind it. Funny to mention, is how everyone on the political spectrum is ridiculed but the game does not make a stand as it only suggests clear analogies to it, without giving names, a clever technique to avoid controversial debates. However, eventually it still stirred quite the controversy about the religious fanaticism at the time of political turmoil and the following petition about American Christians, stating they are not villains. Its announcement timing was perfect to attract attention of everyone, as Polygon  writer Ben Kuchera described it as “defiantly inoffensive mess” that “wants to appeal to everyone but ultimately says nothing”. Far Cry 5 is an example how the most impressive gameplay cannot save a game from becoming repetitive, when there is no exciting and moving story, that would otherwise get you to replay it beyond comprehension.