An Ode to the Nintendo DS

All images and the featured image were taken by Ben Summer.

A few things have made me feel old lately, including but not limited to: a group of children who hadn’t heard of Big Brother, the dawning realisation that I actually like James Blunt, and seeing football clubs sign players who are 6 months younger than me (and look 6 years younger). However, the one that really stung came in the form of Nintendo’s announcement of a remaster of a Pokémon Mystery Dungeon game. More specifically, the first game in the series, which came out in 2006. 2006, as in, fourteen years ago. 2006, as in, over two-thirds of my life ago.

I have such fond memories of the Mystery Dungeon series, and as I’ve seen online commentators short-circuit with incredulity at the idea that anyone could carry childhood nostalgia for something that happened this side of the millennium, I figured that it’s time the DS is paid its dues by a member of the generation whose love affair with gaming truly did begin by prodding the lower of two low-resolution screens with a stick of plastic. 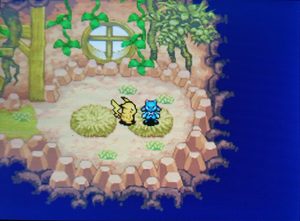 Everyone at school got a DS long before I did – no hard feelings, Mum and Dad – but even when I was falling behind the pack with my Gameboy Advance, the allure of handheld gaming was clear. It’s easy nowadays to think of consoles in terms of their specs, their roster of exclusive games, the price tag and other quantifiable details. But back then, none of that mattered – a handheld console really was a portal to fantastic new worlds that could be smuggled in your school bag or under your pillow for late-night gaming. Once I finally unwrapped a DS on Christmas Day, this sense of wonder only continued to increase.

The Professor Layton series, on the face of it a fairly simple visual novel with puzzle gameplay, drew me in entirely with its cartoonish mysteries, quirky Holmesian plot, and frankly gorgeous setting and music. I remember sleepless nights phoning up my old primary school friends to discuss what the series’ characters might get up to in the next games. The aforementioned Mystery Dungeon series combined a delightful toybox charm with a surprisingly endearing, emotional story. At the age of 10, these games all felt like truly unique, special experiences. As is the curse of the gaming nerd in their late teens, games I bought in earnest now gather dust on my shelf – but when Gen-Z-ers were playing DS games, this wasn’t the case. Each game, bought with hard-earned pocket money or as a birthday treat, had its special place in the collection. Dragon Quest, Cooking Mama, New Super Mario Bros – whichever games were in your personal library, they were more of a central part of your childhood than you could have realised at the time. 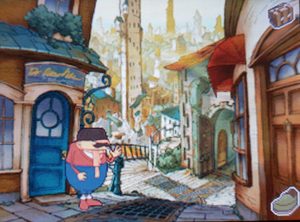 Professor Layton and the Lost Future

The DS wasn’t just another portable console though – it marked yet another step in gaming opening itself to a bigger audience. Whether it was every kid on the playground having the new Pokemon game and bringing their DS in every morning to trade their ‘mons, or your parents having a go at Brain Training, the DS was part of a wider liberalisation where gaming became mainstream. This had been rumbling along for quite a while, but when there was a DS in every pocket, bag and briefcase, it truly felt like the world was wising up to the joys of video games.

The legacy of the DS has been a mixed one. The DSi refined what already worked, adding an online shop featuring some really endearing little £5 games, only to be followed by the 3DS trying to drag the console into the “modern” gaming era. The problem here was that this era was defined by shiny, glossy graphics – and the 3DS with its 800×240 resolution screen and gimmicky, broken 3D features couldn’t really compete with the big boys. It eventually found a niche, and accrued quite a library of games, including the pleasantly surprising Kid Icarus: Uprising and an absolute wealth of Zelda games old and new. To my mind, it was a fantastic console, and I initially thought it lacked the charm of its predecessor – but then I realised: I was 10 when the 3DS came out. My primary school days were numbered, and whilst I still remember my childish awe at the console’s launch, the bulk of its lifespan was outside of the part of my childhood I look back on with the most rose-tinted glasses. For the children of, say, 2005, the 3DS had all of the allure and wonder that the DS had for myself and the rest of the older half of Generation Z.

That’s really the beauty of it. The DS was a fantastic console despite its flaws, but so was the 3DS, so is the Switch, and so on. The momentous leaps in gaming that embodied the DS era continue to happen. The defining aspect of the DS and its era wasn’t any unique abundance of quality or charm – it was that it was ours. That sense of ownership transcends individual consoles. As much as we remember the people and places we grew up with, we look fondly back on the games of our childhood not as the escape from monotony that they have since become, but as the easily accessible, endlessly enthralling adventures that they were to us back then.