‘Among Us’ is saving this disastrous year

All images, including the featured image, were taken by me. Some were taken in the game’s freeplay mode and some were taken during an online game with friends.

Among Us first came out in 2018. Made by indie developers Innersloth, it had a modest but passionate user base from that time, but didn’t receive that much attention.

But then 2020 happened, and being trapped in space with impostors suddenly seemed a lot more appealing than lockdown.

The game absolutely EXPLODED in popularity almost overnight. According to Steamcharts, the average number of players skyrocketed, from 616 players during June, to over 202,000 people during the last thirty days.

This is a game built around debate and deduction, and the main reason for its popularity right now is that it’s great with friends (though you can also play with strangers). You can use either the in-game text chat or an external voice chat (many people use Discord) to protest your innocence — or, indeed, falsely accuse someone — when a body is discovered, but during the actual gameplay most people mute themselves. Then it’s just you, your tasks, and the ambient noise of space. 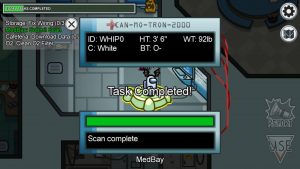 Medbay – only crewmates can do this

But let’s not get ahead of ourselves. What is an Among Us when it’s at home? What are these tiny spacemen who look like, as many have pointed out, shrunken Teletubbies? And what, exactly, does it mean to be sus?

Among Us is a social deduction game. You can play with up to 10 other people, and you also have the choice of playing locally or online. In the lobby you can customise your character’s colour and outfit — there’s a lovely selection of Halloween hats at the moment, by the way — and also edit the game rules. Then, when the host starts the game, there’s a countdown and then everyone has to be silent. This is when you’re told if you’re a crewmate… or an impostor. 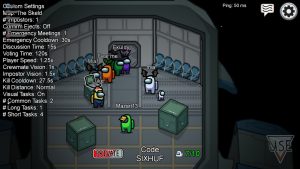 So, crewmates are the good guys. The aim of the crewmates is to complete various tasks, of varying lengths and difficulty, and the overall goal is to win by filling up the task bar at the top of the screen. The tasks are dotted all about the map and you have a list on the left hand side of the screen telling you what needs doing, as well as small yellow arrows directing you. They’re pretty fun, to be honest (except the card swipe), and it’s easy to get really absorbed in completing your tasks and being a good crewmate. 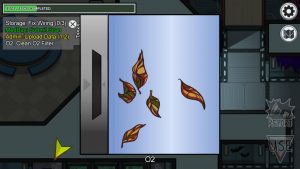 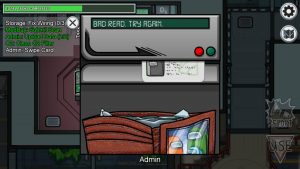 Until, of course, you’re murdered.

The other role is the impostor. The impostor, as you can probably tell from the name, is indistinguishable in appearance from the crewmates, and the crewmates initially have absolutely no idea who the impostor is. While the crewmates have the goal of completing all the tasks, the impostor is unable to complete tasks (but can fake them), and instead has the goal of thwarting their efforts by sabotaging everything. This includes not only completed tasks, but also certain tasks that, when sabotaged, have to be dealt with pretty promptly by the crewmates, otherwise the impostor automatically wins. Crucially, the impostor also has to kill the crewmates, which leads to an impostor victory if they whittle down their number enough. The most important thing to do when you’re trying to murder a crewmate is to ensure that no one is watching, whether that’s another crewmate in the same room, or someone spying with the CCTV. If you’re caught murdering, well, let’s just say it doesn’t look good in the debate after the body is reported. 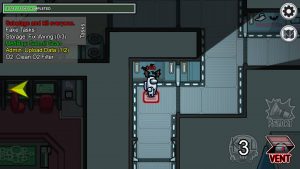 But assuming you’re not caught? The impostor can make a quick getaway through vents, something crewmates cannot do (so you should also make sure no one sees you use a vent, either). The impostor overall wants to give the impression that there’s no way they could have been there when the murder took place.

When someone finds a body and reports it (often another crewmate, but an impostor can ‘self-report’ too), this triggers a debate. This is where things get really fun, because you have to vouch for your guiltlessness. Where were you when the body was discovered? What was the last task you did? Who has seen you and can back up your story? Who hasn’t seen you? Were you running away from where the body was discovered, or were you over the other side of the map? Debates can get very lively, particularly if you’re using voice chat, and particularly if someone is looking like they might be guilty, or, to use the common parlance, ‘sus’. 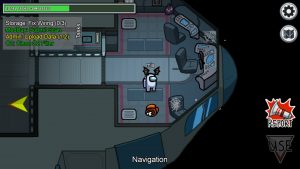 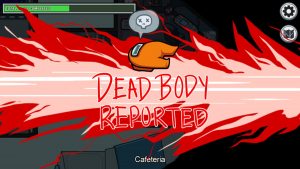 Depending on how the debate unfolds, you might settle on someone who doesn’t have an alibi (or who has been identified as ‘sus’), and then everyone gets a short period of time to vote. If you’re unsure, you can skip voting. But if someone gets a majority of the votes, they’re thrown out of the airlock into the vast void of the cosmos. Whoops. 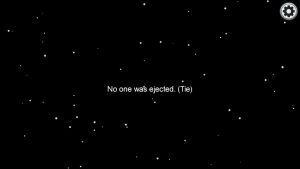 If you’ve managed to eject (every) impostor, the game ends with a crewmate victory, but the exact way that information is revealed depends on whether you’ve got ‘Confirm Ejects’ on or off. If it is switched on, you’ll be told immediately if the person that you’ve ejected is the impostor, and you’ll also be told how many impostors are left (if you’re playing with more than one). If you’ve ejected someone who wasn’t the impostor, it tells you, and you have a few seconds to mourn the loss of an innocent crewmate before everyone is returned to the starting area of the map and you continue playing. However, if ‘Confirm Ejects’ is switched off, you’re not told if the person you ejected was a crewmate or an impostor. This is particularly interesting in games with multiple impostors, because you don’t know if you ejected the right person until the very end of the game.

You can change the game rules, including ‘Confirm Ejects’, in the lobby before the game starts. This also includes the discussion time before voting is opened; the number of tasks; the types of tasks available; the player speed; and the kill distance and cooldown. The host setting up the game gets to choose the map: there’s The Skeld, Polus, and Mira HQ. They also choose how many impostors there are. There’s various articles online detailing the recommended settings for the number of players you have: the minimum is four, and you should probably have just one impostor until you’ve got seven or more players. If you have too many, or too few, you end up with an unbalanced game that is guaranteed to annoy someone. 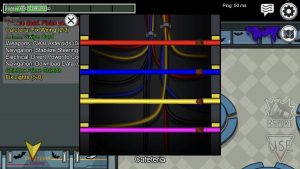 If, however, you’ve got a fair set of rules, it’s clear to see why this game has become so popular recently. Not only is it great to play, but it’s so much fun to watch others play, too: that’s why it’s had so much popularity on Twitch and YouTube. Of course, the game’s set-up means it’s open to some issues, particularly if you’re playing with strangers: there’s been a lot of complaints about people teaming up over voice chat and leaving other players out, or even telling each other who the impostor is ahead of time. While similar things are bound to happen with any popular multiplayer game, the people who cheat are just ruining it for themselves, as well as others. I’ve only ever played the game with my friends for this very reason: I recommend finding a reasonably trustworthy group to have the best experience. It is, after all, a way of having a good time with your friends that is lockdown-compatible. Of course, you won’t know if they’re that trustworthy when you’re playing, but obviously that’s a big part of the fun.

And I suppose being ejected out of an airlock is one way to do social distancing.