10 Things I love about… Sandbox Games

San Andreas; a world full to the brim with possibilities.

I’ll admit it now, I’m a very big fan of sandbox games. So let’s explore 10 things in particular that explain why both myself, and so many others, are hopelessly addicted to the genre.

That is, ultimately, the primary advantage above linear games. There is something to be said about games that are happy to boot you out of the door and let you get on with it. The freedom can be an empowering and invigorating experience. Being able to shape your own narratives, progression or just being free to get to know your way around. All good sandboxes deliver enough freedom to explore. Games such as the Elder Scrolls series that almost invariably give you a tutorial mission, and after that you’re on your own. It can be overwhelming, but that’s a fair price to get all that freedom.

I’d say of all the features of sandbox games, this is the one that has the most potential to be innovative. It’s a pretty straightforward thing, too. You have a large area, how do you get from A to B? Most of the modern, particularly large sandboxes have fast travel systems, but beyond that, there is a lot of variety. Not just the conventional methods. Some of the most truly winning sandboxes come up with truly novel ways of getting around. Spider-Man 2, for instance, allows you to swing around the city. A lot of games offer parkour: running, jumping climbing across buildings and obstacles, but for me, one of the best games for getting around has to be Just Cause 2. The grapple and parachute combinations are positively endless. It says a lot when vehicles are invariably the second choice (third after fast travel) for getting around. 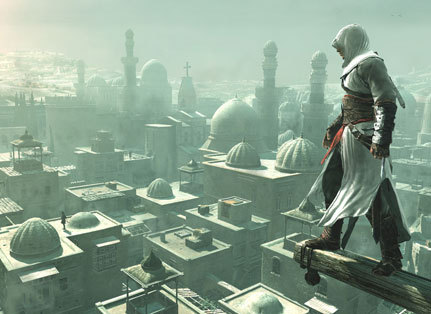 A new city is laid out before you, what do you do?

Another common feature in sandboxes is how stunning and awe-inspiring said sandboxes are. It’s worth celebrating, even though everyone expects it. There are some truly amazing visuals in sandbox games: cities, mountain ranges, forests, jungles, oceans and planets. There are many worthy of mention, but the laurels in this case goes to the Assassin’s Creed series, simply for those amazing, breathtaking moments of seeing a new city or location for the first time. Added in the historical aspect, which makes it all the more impressive.

One of the best, if underused ways to get a lot out of a sandbox experience is to increase the interaction between the player and the sandbox they inhabit. Often the sandbox changes as the player makes actions or progresses through the plot. There’s a lot of potential for innovation. inFAMOUS takes a new approach, imbuing the game’s moral choice system into the City’s population, so civilians will either throw rocks at your enemies or at you. But probably the best example of Interactivity is making use of story changes, new abilities and technology that unlocks new areas as a game progresses, and that’s something that Arkham City offers in huge doses. 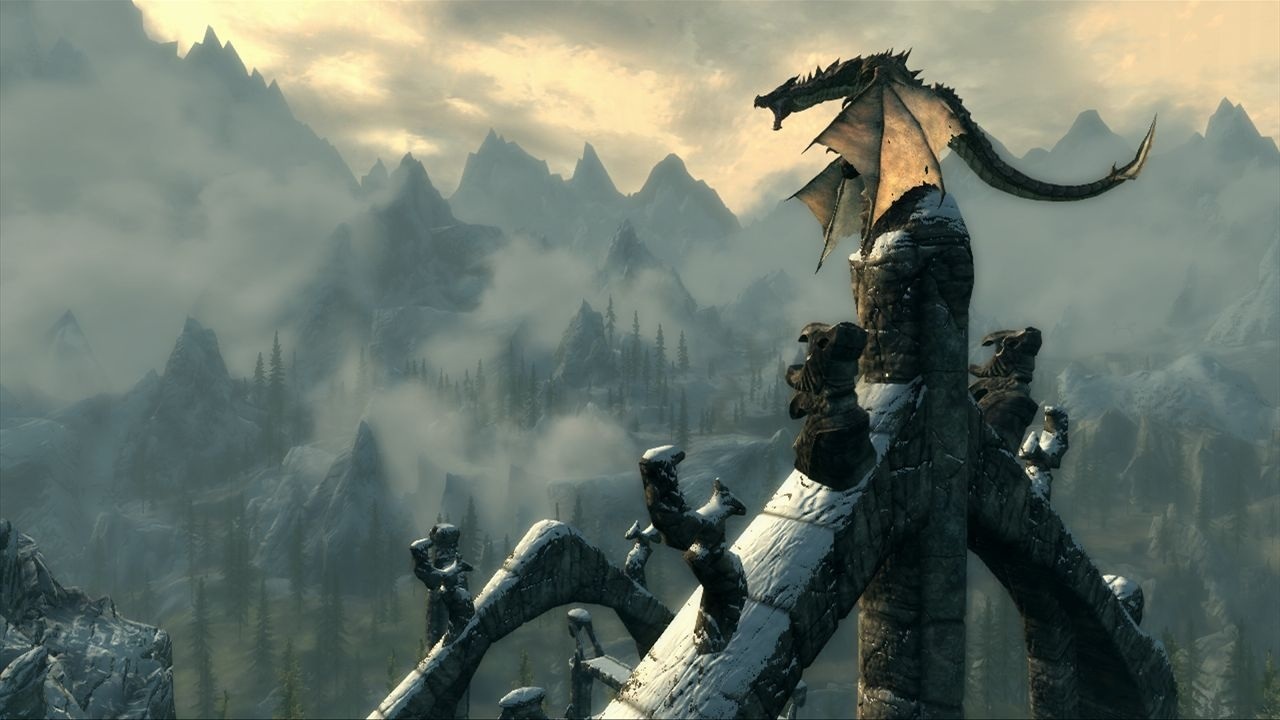 “See that mountain? You can climb it.”

One of the somewhat underrated features of most sandboxes is simplicity. Simple controls (often of the easy to use, difficult to master oeuvre), that allow the player to most easily experience the game without having to be burdened with overly complicated features that require most of the game to be a tutorial (like GTA III was). There are lots of good candidates, such as Just Cause 2, Spider-Man 2, Assassin’s Creed, Skyrim, and even the Fable Series. It’s hard to beat the original GTA for that though.

No sandbox is complete without other things to do that don’t necessarily have anything to do with the main plot. Truly good side-quests will provide perks, special equipment or abilities, Infinity +1 Swords, new aesthetics and so on. GTA-type games have offered this for a while, but virtually every sandbox uses features like these to encourage exploration and experimentation. Most games are good for this, but the Saints Row series in particular make the distractions equally as important and often more enjoyable than the main plot that also give away lots of unique rewards just for taking the time to do so. Saints Row 2 in particular distilled it into a fine art. 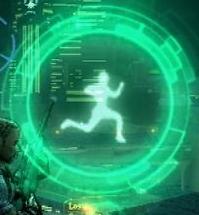 These little things are more addictive than you can even imagine.

This leads me onto my personal favourite feature of sandboxes. Most sandboxes have stuff that you can find, testing your abilities to navigate through the sandbox, and giving the player lots of things to dementedly bring out gaming ADD. I never get tired of finding things in sandboxes. Some even come up with innovative means of helping you find them if you’re struggling. But the best game for me on this score is Crackdown 1 & 2, that incorporate getting around (climbing, jumping and in the second, flying and driving) to encourage you to improve, and rewarding/upgrading your character at the same time.

Some sandboxes even go to the means of showing you through the landscape how you are progressing through the game. Tracking your morality scale, showing you what you have done, or simply showing you what collectibles and side-quests/missions you have completed. It’s a less important feature, but it’s a good way of helping the player see how far they’ve come, and so they know what they’ve already done. It’s a sadly underused feature, but for me, the best game to do this, simply because it shows you what hidden things you’ve driven through, is Burnout Paradise; showing broken billboards, diminished short-cut gates, and so on. 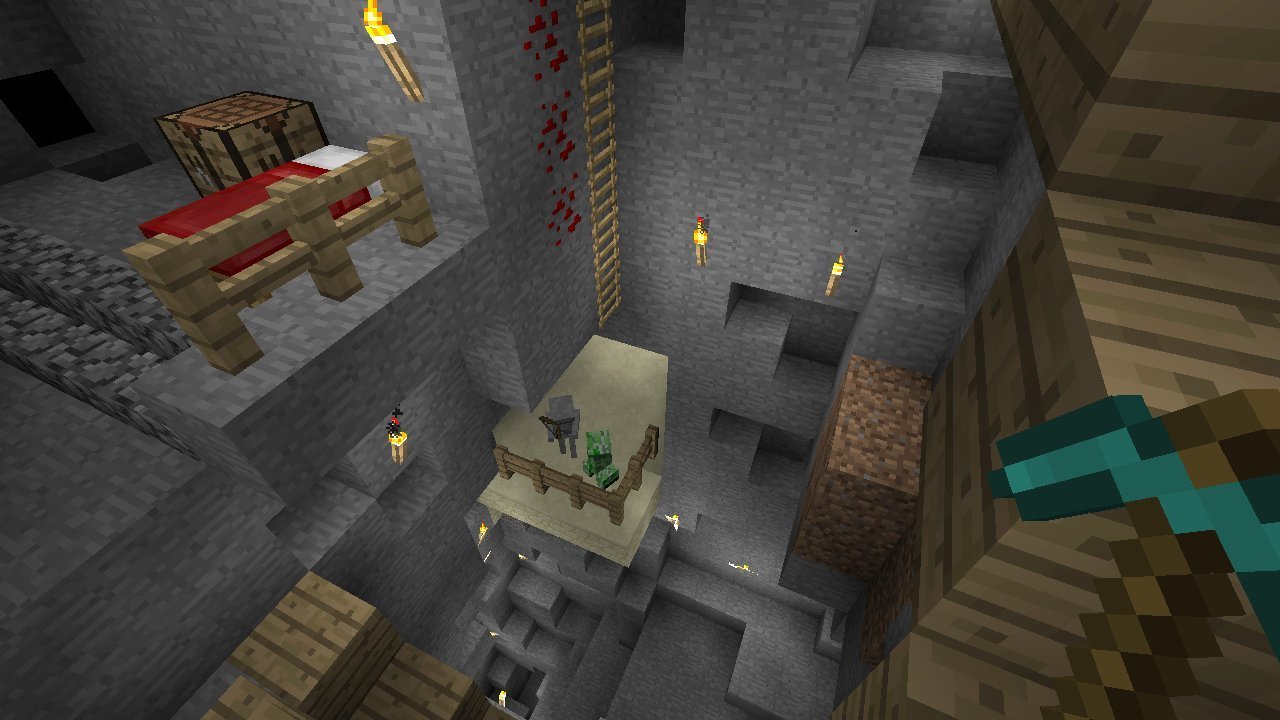 This is my Minecraft Fortress. There are many like it, but this one is mine.

Of course, one thing that becomes pretty evident, especially in our age of YouTube videos and the like, is the personal things that a player can derive from playing a sandbox. These last two are exactly about this. A good sandbox doesn’t just track side-quests and story missions, but also gives you more personal senses of achievement. Things to track, whether it’s keeping score of random things in the stats, seeing how long you can last against the sandbox’s version of law enforcement, or simply features that gamers themselves can set their own expectations to. Games such as Minecraft, that are all about the personal experience, or games such as Dwarf Fortress, that just exist to break you, and well, just be so ridiculously hard in meticulous detail that every moment, victory or defeat, is memorable.

Lastly, but by no means least, the best thing a sandbox offers is the ability to simply play. Can’t be bothered with story missions, or side-quests either? Just faff about, play with the features of the game, whether you just enjoy getting about (see #2), or manipulating features of the game to do crazy, silly or fun things. There is virtually infinite scope, and it is truly a personal experience, and I would say, the best feature of the sandbox format. I’ve played with every sandbox I’ve mentioned, and more, but one I played with more than most is GTA: San Andreas, which just offered so much opportunity to mess around. I drove my favourite bike across a bridge, using its suspension wires, just because I could. Ultimately, that’s what’s great about sandbox games.