#TravelBites: A taste of Thailand 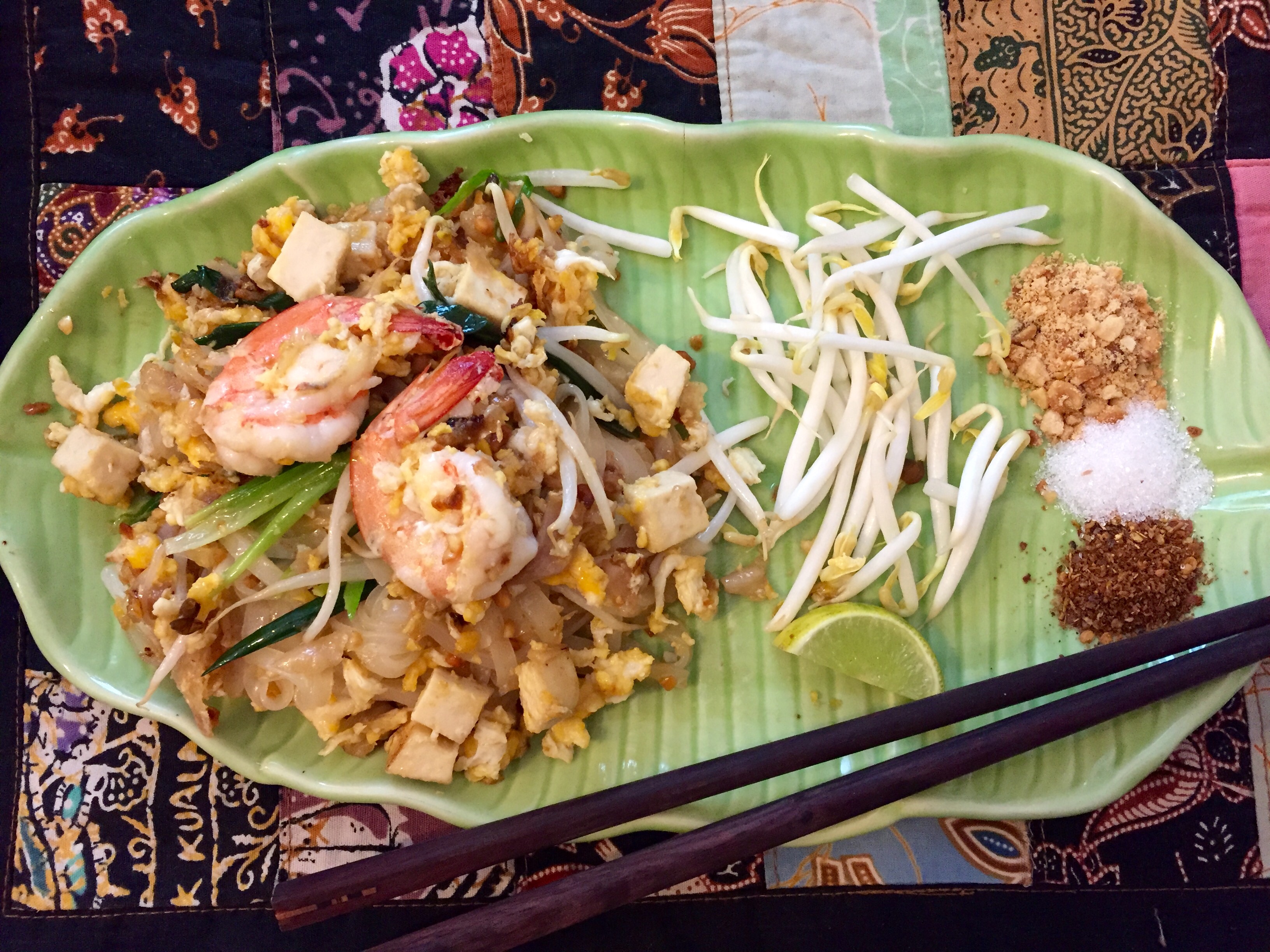 Let me preface this article with the disclaimer that in my ten-day excursion to Thailand, I visited three areas – Phuket, Bangkok and Chiang Mai – which were all hubs of tourist activity. With the tourist industry comes a tendency towards Westernisation, and I only wish I had the knowledge of the Thai language to have enabled me to venture out into lesser-known parts of the country. Since I was constrained to the trodden paths, my experience of Thai food may not have been in its spiciest and most ‘authentic’ form. But then again, this may well have been a good thing for me given my weak palette for spice!

With the exception of a few delicious green curries, I erred away from dishes that sounded suspiciously spicy and chilli-filled. Instead, I found myself eating an awful lot of rice-based dishes. I have always been an avid fan of rice – an underrated comfort food – but I must confess, by day ten, even I thought I never wanted to see a grain of rice again!

The first thing that strikes me about the food I ate in Thailand is how light and healthy it is. My first (and possibly favourite) meal of the holiday was on a boat tour off the coast of Phuket. It was a buffet meal on a ‘floating island’ called Koh Panyi, which enabled us all to sample a range of dishes. At the spicier end of the selection was a chicken curry with coconut rice, which was much enjoyed by the sterner-paletted of my fellow travellers. However, for me, the main delight of the meal was a garlic pork dish, which was slightly salty, rich and indulgent, served with vegetable fried rice. It was here that I discovered that fried rice in Thailand is a far healthier and lighter dish than its typical student takeaway equivalent. In spite of the name of the dish, the rice and vegetables are often boiled rather than fried and then briefly cooked together with some oil (and soy sauce plays no part in the occasion!) At this first lunch, I made a discovery that changed my experience of the rest of the trip – homemade oyster sauce. Although I’d only ever encountered oyster sauce before as a slightly sweet and nondescript flavouring in a dish at Wagamamas, this oyster sauce was salty, rich and sweet all at the same time, and, when served together with some boiled vegetables, created a meal I could have eaten for days! 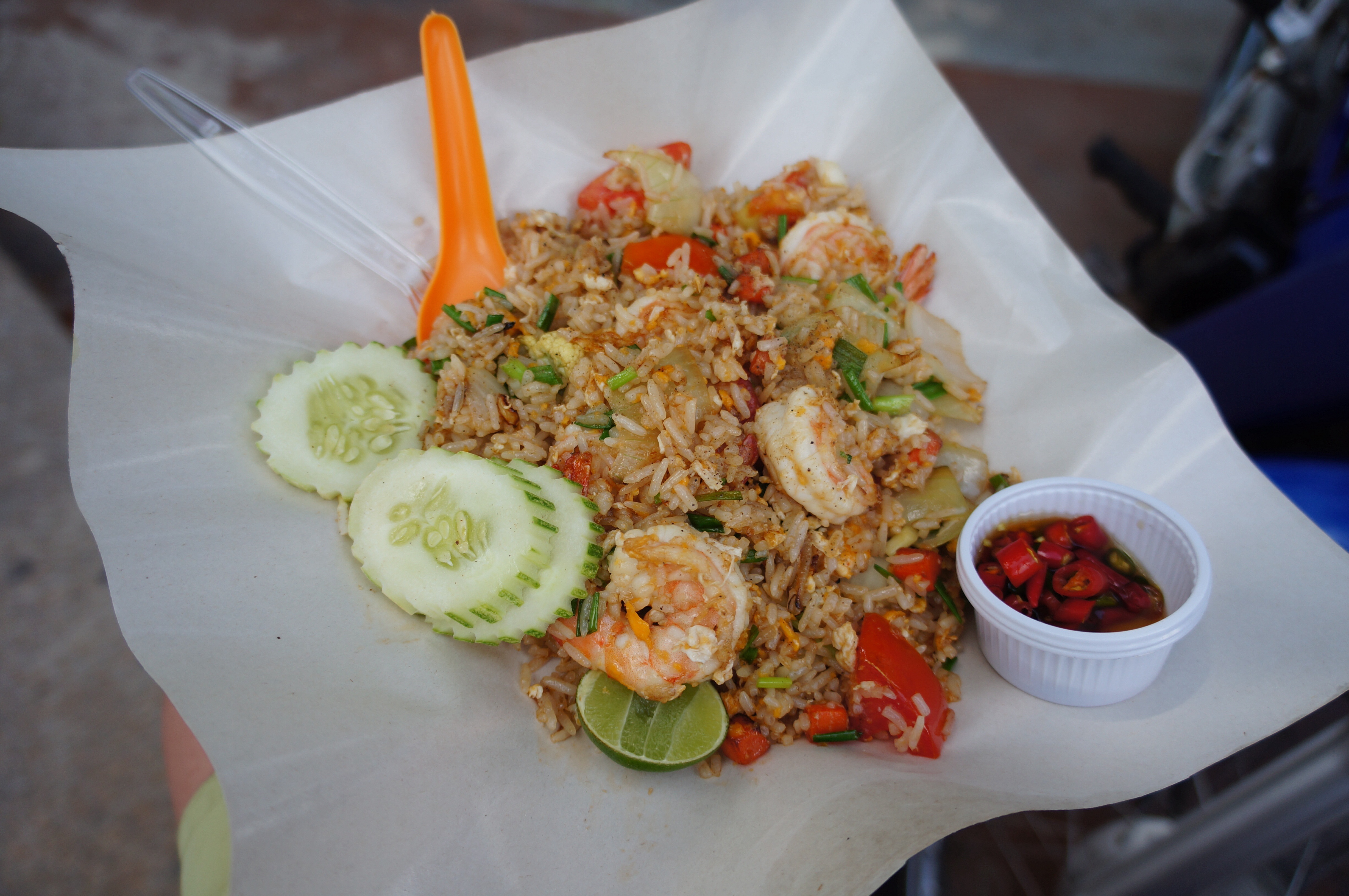 When we hit Bangkok, we found ourselves surrounded by the far greater degree of culinary choices. On our first night, some friendly Germans from our hostel invited us to join them for dinner in Chinatown. While every big city in the world has a Chinatown, this experience was something quite different – the restaurants were set up from makeshift tables, boxes and stools and one chef was cooking every meal before our eyes from a few flaming-hot woks. This combination of factors gave the place a very homely feel. The menu presented to us was written in Thai so we had only good luck/my tactic of pointing at an appealing dish on a neighbouring table (which was much to the amusement of the waiter) to go by. It was certainly an adventure but I struck gold with a sweet and sour pork dish, which was not only delicious but also incredibly cheap!

By the time we reached Chiang Mai, we were pretty familiar with the format of a Thai restaurant menu. Popular dishes we sampled included, of course, Pad Thai (I tried this once despite disliking peanuts – which is often a key ingredient), Kuay Tiew (a wonderful light noodle soup), and Gai Med Ma Moung (chicken with cashew nuts, but be warned, this can sometimes be unexpectedly spicy!).

On the drinks front, Thailand also had a few delights to offer. I very much enjoyed the famous ‘Mai Tai’ cocktail, which was often served creatively in a pineapple. Anyone who enjoys rum will love this drink, however, probably not as strong as they make it in Thailand and sadly not for only about £3! You’ll also find alcoholic drinks flavoured with fruits like mango, passionfruit and the very suspicious (and gross!) durian. 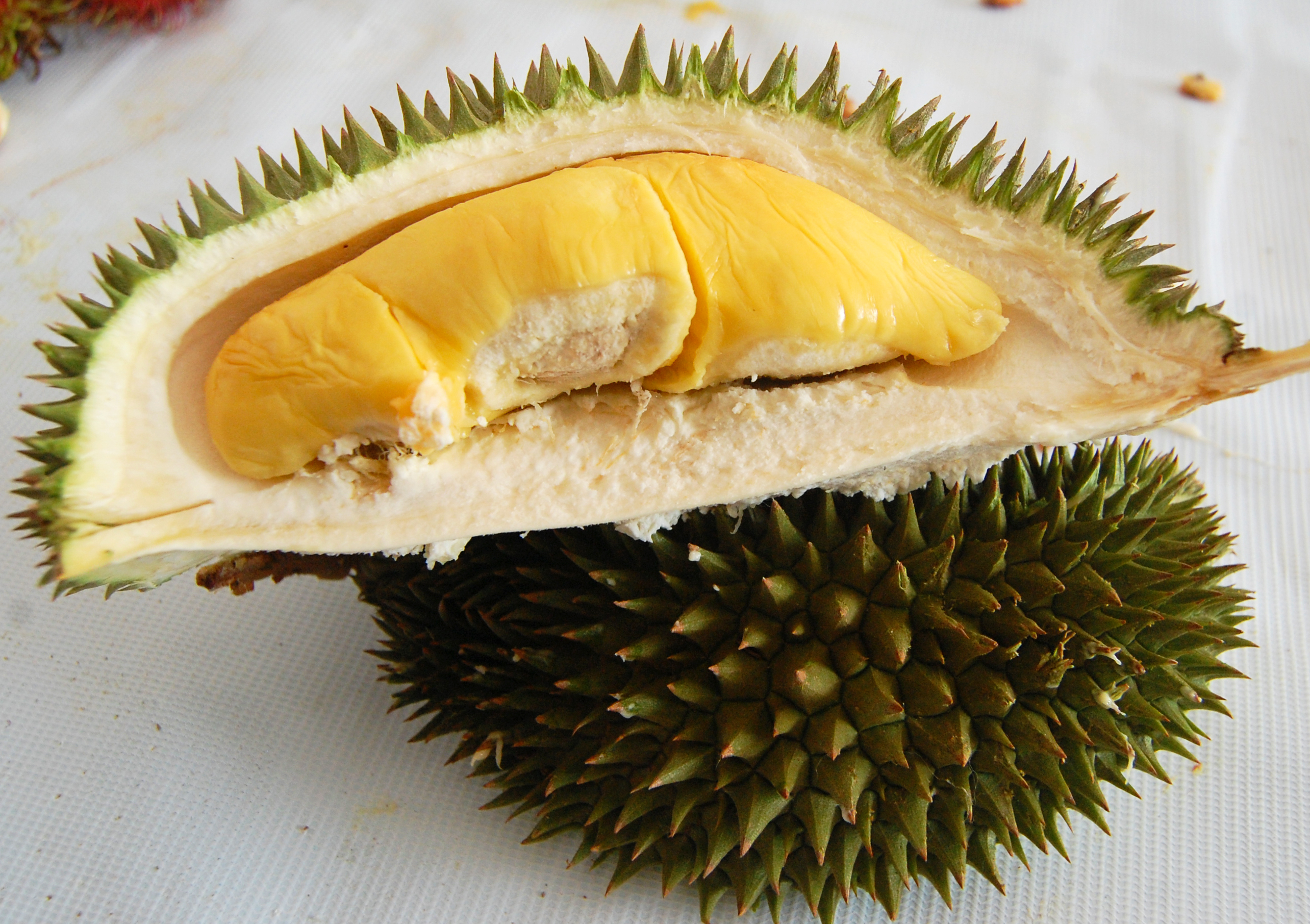 Durian aka the world’s smelliest fruit!

On the ‘morning after’ side of things, Thailand surprised us all with various little coffee spots. As the climate was extremely humid, we leant towards iced coffee, which took the form of a black coffee with ice and was served alongside a cup of this hot, very sweet milky concoction to add to taste (I added the whole cup to satisfy my sweet tooth!). This drink proved a refreshing and invaluable cure on several mornings to prepare us for a day of sightseeing!

What else can I say? Thailand is an incredibly interesting country with a very diverse range of sights and landscapes, and its food reflects this diversity. But more than this, the food I ate in Thailand was simply homely and delicious, and I look forward to exploring more of South East Asia and learning more about the food (and drinks…)!