The recipe book – an eternal seller? 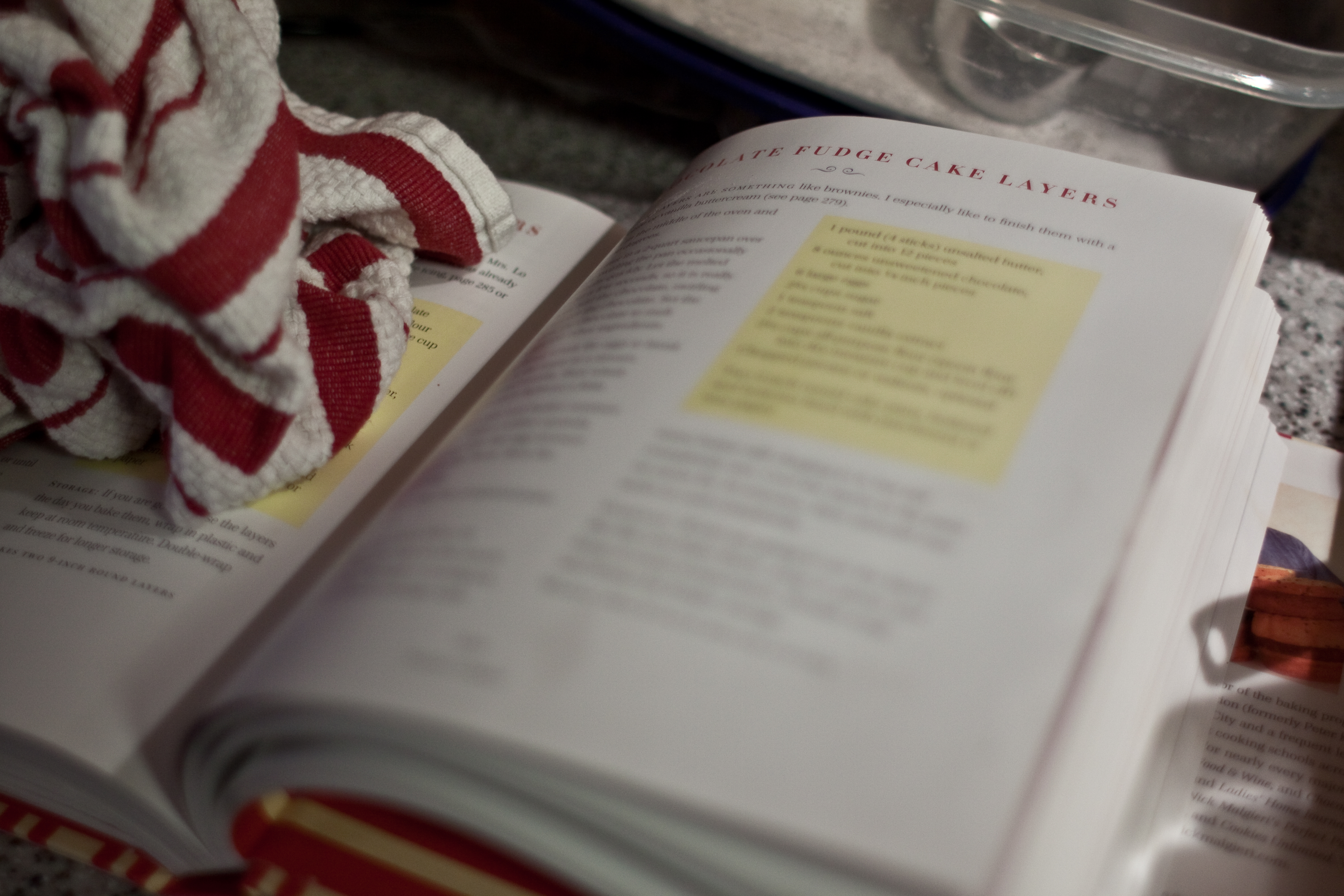 There are now many alternatives to recipe books – so why do we keep buying them?

I have recently embarked on a masters in Publishing after graduating from Durham this summer. Something that really interests me within publishing is how recipe books still remain relevant and popular when we have sections just like this one on the Bubble. It is so easy to find a recipe for anything you could dream of cooking on the internet – for free. Why do we still buy recipe books, then? How does the publishing house make sure that consumers will still part with £15 or so for a product which is really now a luxury item?

Studies suggest that 40% of the recipe books in our homes go unused as we are intimidated by complex methods or unusual ingredients. If you search around for articles on the subject of the relevancy of the recipe book, you can find lots of items from around three or four years ago questioning why we still buy these books and contemplating whether or not they will soon become a thing of the past. Cookbooks might ‘eventually be wiped out by cooking apps, e-books and websites’, and will become ‘quirky art objects in the same sense that typewriters are today.’ Yet, three years later and the cookbook is still going strong. Chronicle, an American publishing house based in San Francisco, even claimed that its cookbook sales last year were ‘one of its best years ever’. It seems that the consumer or critic might be baffled by the ongoing popularity of the recipe book, but the publishers have confidence in their winning formula.

I think that recipe books still remain because of their portrayal of an inspirational lifestyle. Jamie Oliver’s incredibly popular cook books and spin off television shows are not simply recipe collections, they suggest to the reader that we should cook outdoors, eat organic, and share our food often with our friends. Nigella Lawson’s books are the same, but show a different kind of lifestyle: our food should be indulgent and a little naughty, and we can take great pleasure from treating ourselves. The two chefs cook rather similar foods, but the audience does not care just about the informative ingredients and methods. Though we might not realise it, we often buy these books to suit our moods and to be shown different ways of living.

We might use the BBC Good Food website to find utilitarian recipes to make something, but we will use recipe books for inspiration. We flick through recipe books for entertainment, just as we watch a TV cooking show without any intention of making the meals from it. Chefs these days often forgo stating measurements when cooking on TV, instead calling for a ‘splash’ or a ‘sprinkle’, as producers understand that we are watching these shows primarily for entertainment reasons.

Publishing houses have managed to innovate the recipe book by creating TV tie-ins, including lifestyle inspiration, adding health advice to the instructions, and making images larger and glossier. They are essentially a printed combination of the recipe website and the food TV show and this is something which has not yet been replaced by another product. It seems that the recipe book is safe for now, and the publisher can relax, but what about in another three years time?

YouTube seems like it will be a major threat for the cookbook. It is interactive – if you are stuck with a recipe, you can ask the cook a question in the comments section or via twitter and they’ll often reply. For many, Jamie Oliver is best described as a TV chef with a host of recipe publications, or the man who got rid of Turkey Twizzlers at school. However, Carole Cadwalladr summed up in The Observer a couple of months ago, ‘Jamie Oliver no longer is a TV chef, or a campaigner, or a cookbook author, or the owner of several chains of restaurants, or at least he is, but he’s also… “a very strange brand, a celebrity disruptive force”.’ Jamie is now also being labelled a web personality as a result of his work with Jamie’s Food Tube, a YouTube channel with an ensemble cast of cooks and chefs. He (with much help from his marketing team) has managed to establish himself as a force to be reckoned with on each new digital platform as it arises or becomes the new trend, and he seems to have managed to do this with more success than any other celebrity, and certainly any other celebrity chef.

The Food Tube is an online channel which brings together lots of pre-existing YouTube cooks, including ‘a self-taught American Italian home chef called Laura Vitales [who] has 1.3 million subscribers; SortedFood, a bunch of young British men who seemingly came from nowhere [who] have 800,000’. The Food Tube provides what a recipe website usually lacks – we are able to buy into the lifestyle of the cooks on there, as they are all big characters who reflect their personalities into their food. But instead of Jamie’s Food Tube steering the viewer away from print publishing, the cooks are getting their own cookbook deals.

It seems that the consumer is not content with piles of free and accessible YouTube videos yet; we still want to own our own hardback copies. Jamie’s YouTube channel provides an extensive taster, and if we like it, we will buy the book. The strategy works almost like a ‘freemium’ model. Of course, some would-be buyers will be happy to stick to free content, but that small loss for the publishing house is counteracted by the free marketing and advertising provided by the Food Tube channel, which has over one million subscribers. Perhaps nothing can replicate the sturdy practicality of the hardback cookbook, and the cookbook shall continue to be a successful publishing product (at least until our gadgets are all spill-resistant!).

Check out more from Sarah-Jane at publishingalifestyle.co.uk