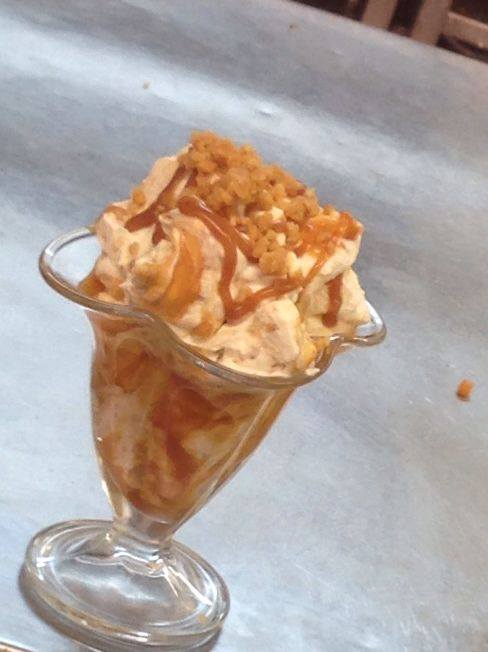 When I was told about Oldfields’ May offer of a two course lunch for £5, I was a little sceptical. Was this the Oldfields which I was thinking of; the posh bistro at the bottom of Claypath, which is popular with local foodies but not exactly a well-known student jaunt? Well, yes, actually it was. To add to my suspicion, the promotion was not well advertised. In fact, after a walk past the restaurant and a visit to its website, I was still none the wiser; the deal seemed only to have been advertised on the company’s Twitter feed. Yet I am extremely glad my perseverance paid off; my £5 post-exam treat at Oldfields last week was without a doubt the best value lunch I have ever enjoyed.

Under the guise of inquiring whether or not a booking would be necessary, I called in at the restaurant visit to check that the £5 deal was true. A lovely waiter informed me that yes, any two courses of the lunch menu would cost just £5 instead of the usual £12.50, and yes, a booking would be advisable. He even gave me a printed menu to take to show my friend. A glance through the appetizing dishes on offer – classic British food but certainly more sophisticated and interesting than standard pub fayre – only made me more excited to try this restaurant which I had previously earmarked “one to get the parents to bring me to”.

When we arrived for lunch a few days later, our welcome was just as friendly as my first visit. The waitress immediately offered to take our rain-soaked umbrellas and invited us to choose any table in the whole restaurant. Unfortunately, we had this opportunity only because we were the only people in the whole place. For a good half hour into our visit (admittedly fairly early at 12.30), we were the sole customers, making for a rather flat atmosphere. Bookings highly recommended? Hmmm. Yet by the time we left, the place was lively and quite full – much more what I had in mind. I can imagine that on an evening, especially pre-theatre, the atmosphere is even better. Although we did feel a little out of place, as we brought the average age down by approximately 40 years, I quite liked this; in the student bubble that it Durham, it is nice to occasionally be surrounded by ‘real’ people, and the clientele reflected Oldfields’ good reputation.

Initial quietness aside (and, to be fair to Oldfields, a rainy Thursday is hardly going to be prime business time) I could find few faults in my Oldfields experience. The service was exemplary. I particularly liked the fact that a complimentary carafe of water was brought to the table. The waitress asked whether that would suffice, or whether we would like additional drinks. At just £5 a head for two courses, Oldfields would be forgiven for raking in their profits through overpriced drinks. Yet we never felt any pressure to purchase anything other than our two courses. Similarly, our bill came with six 25% off vouchers; a marketing ploy to get customers to return, I realise, but to me still seemed generous when the experience of eating at Oldfields could alone achieve a similar effect.

Although there was a tempting array of starters – my personal pick would have been the deep-fried black pudding with a peppercorn sauce – both my friend and I plumped for a main and a dessert. We both opted for the braised shin of beef, served with clapshot (mashed carrot and turnip to you and I) and a Yorkshire pudding. Now, being a Yorkshire girl and self-confessed Yorkshire pudding obsessive, I can confidently say I have had much better Yorkshire puddings in my life. This one was a far cry from light and airy, instead being strangely difficult to cut. Even armed with a serrated knife, this task was at times verging on the impossible. Nevertheless, the meat more than compensated for my disappointment. Whilst it was presented in chunks, as opposed to the individual fillet we had been expecting, the beef was truly excellent; melt-in-your mouth tender at its very pinnacle, covered in tasty, thick gravy. My only complaint was that although the food was served in a dish, our cutlery was a fork and steak knife; I would have liked a spoon so I could devour ever last inch! To top it off, the beef was local. Oldfields prides itself on using much locally-sourced food, with suppliers including Robinsons greengrocers of North Road. Ethical and tasty? Count me in.

Despite already being pleasantly full after the generous-sized main, the fact our offer included two courses meant that I could indulge in a dessert without feeling too guilty. There was always only one option for me: the sticky toffee pudding served with a butterscotch sauce. This classic dessert is unbeatable when done well, and I was confident that this would be the case here. My optimism was (thankfully, since the cookies and cream cheesecake also sounded rather appealing) not misplaced. The sponge was moist and not too heavy, whilst the sauce was as sweet and creamy as I had hoped. A point was lost for the ever-so-slightly burnt aftertaste from the top of the pudding, but overall this was definitely a winner. A scoop of vanilla ice-cream or creamy custard would have perfected the pud, but at £5 for two courses, when the dessert (with ice-cream) costs £6.90 on the evening menu, I really cannot complain. My friend had the peanut brittle and salted caramel mess – a delicious-sounding twist on the classic Eton mess. She enjoyed her pudding, although reported that the flavours were a little too subtle and were overwhelmed by the cream. It would have perhaps been more effective had larger chunks of the brittle been used.

As we received our bill, I was still amazed that this had cost me less than the price of an average drink and sandwich from Yum. Friendly yet unobtrusive service and sophisticated but unpretentious surroundings justified the cost of this meal alone. Yet the extremely high quality of the food offered mean that I would definitely recommend lunch (or early bird dinner, which uses the same menu) at Oldfields as a good-value treat even at full price.