Not just football… a culinary guide to the World Cup 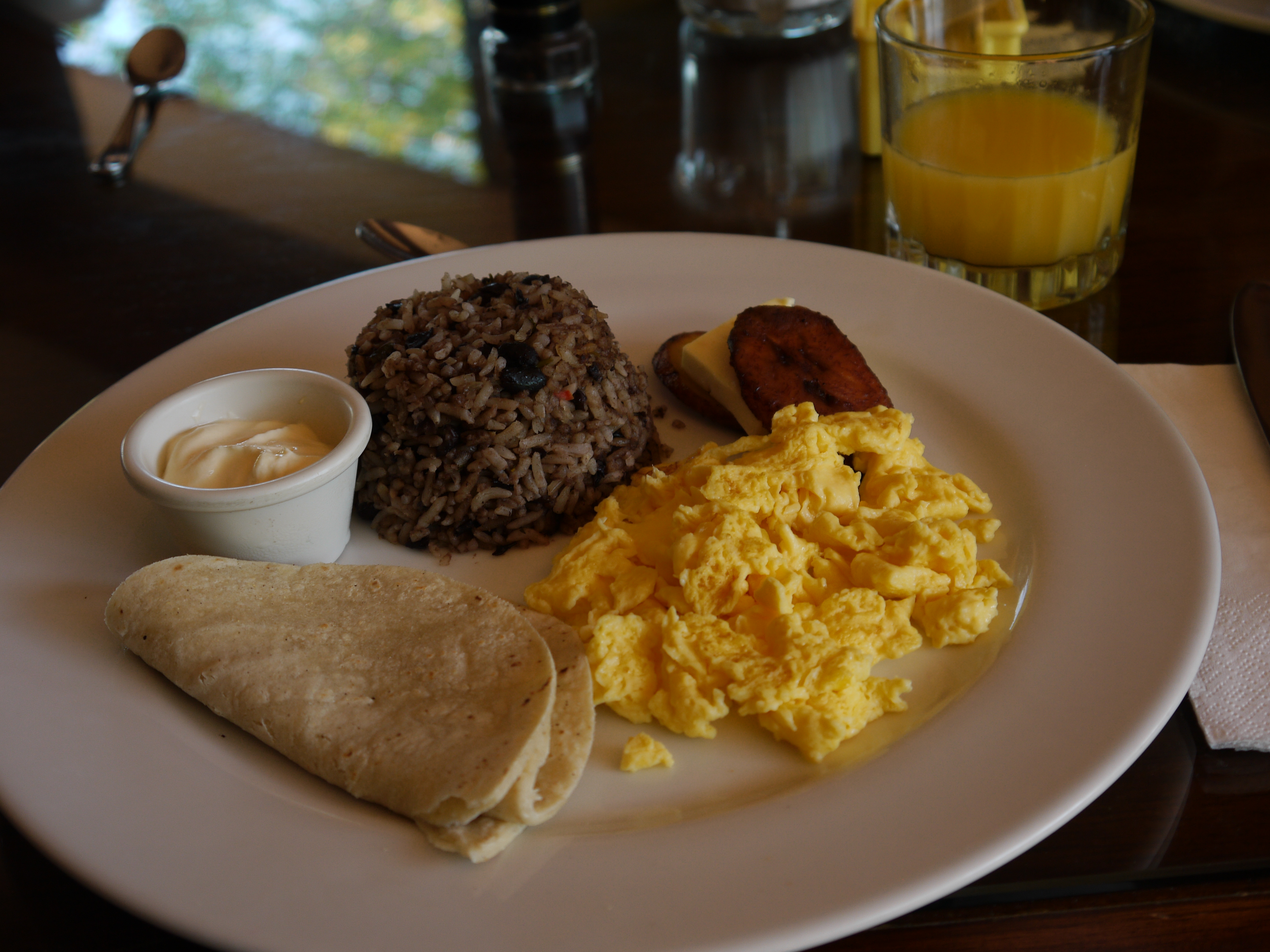 Gallo Pinto: a popular breakfast or lunch in Costa Rica

What will you be eating as you settle down to watch the World Cup over the next few weeks? Pizza? Crisps? Biscuits? Whilst the supermarkets will be pushing the classic TV snacks upon us this summer, invariably marketed by a smattering of England or Brazil flags, the World Cup may actually present us with the ideal opportunity to broaden our culinary horizons. Have you ever stopped to consider what our counterparts following England’s opponents may be enjoying as they cheer on their team? Here I will give you a brief culinary tour of our Group D competitors. I haven’t included Italy; not only have they already defeated us but who hasn’t tried pizza and pasta? Instead, I introduce you here to the lesser-known delights of South American cuisine…

Uruguayan cuisine is constituted by an amalgamation of European influences, following colonial battles in the area involving Britain, Portugal and Spain during the nineteenth century. It is also heavily influenced by German culture given the long history of German immigration to the country. The impact of immigration can be seen in the popular desserts of Uruguayans. Génoise cake originates with Italian immigrants, Churros (fried donuts) have Spanish origins, whilst ‘Frankfurter Kranz’, a ring-shaped sponge, was brought over by German immigrants.

What makes Uruguayan food so fascinating is the way that such European foods have been adapted by the country. The Uruguayan take on Italian cuisine provides a case point. Pasta is commonly eaten with stews, or a sauce of Uruguayan creation called ‘Caruso sauce’, made up of meat extract, onions, mushrooms, ham and cream. Meanwhile, the Uruguayan pizza is typically rectangular instead of round, and served with ‘Fainá’, a bread prepared with chickpea flour. Italian… bt not quite as we know it. 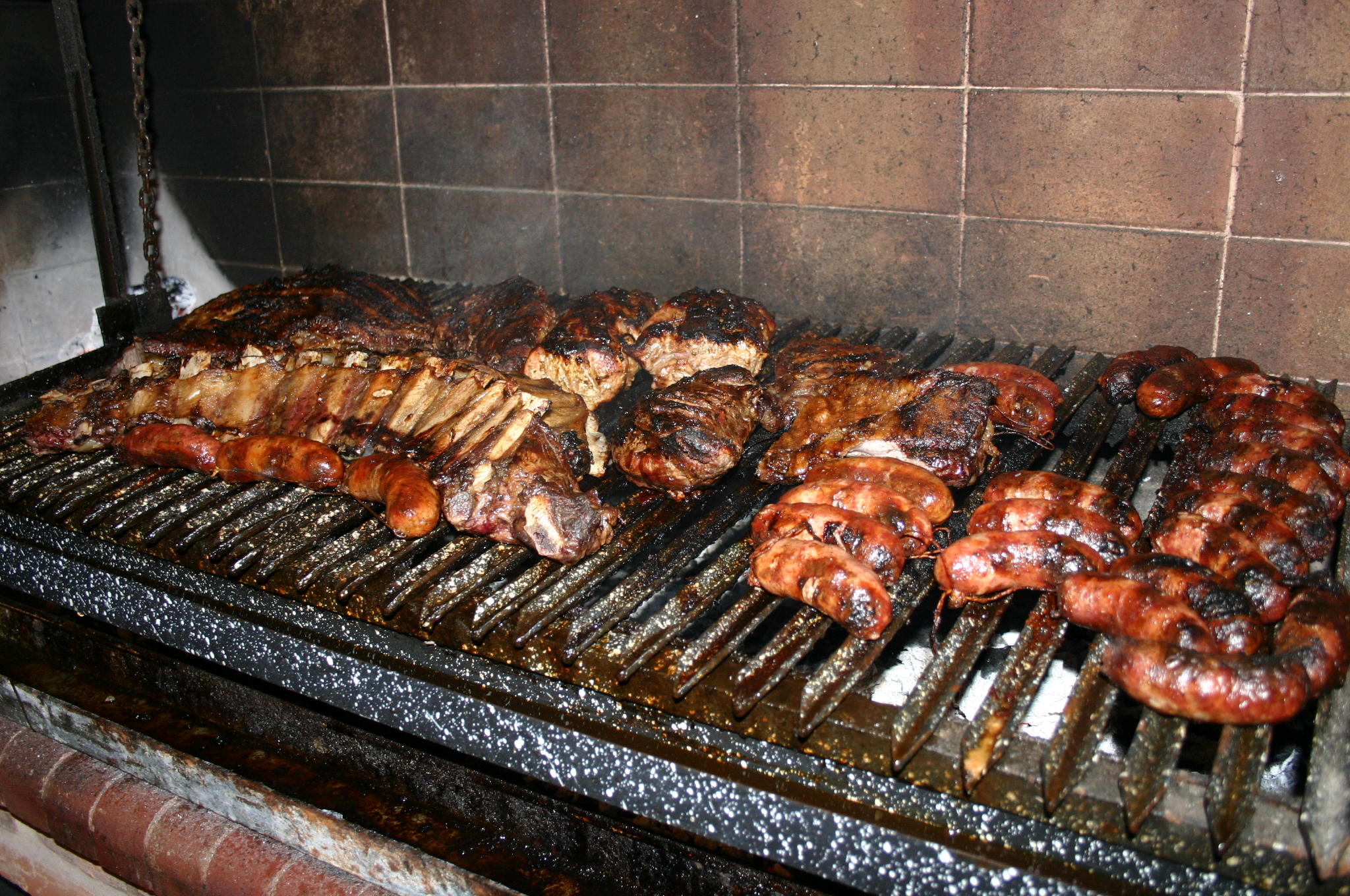 Asado: a selection of barbecued meat

Meat provides a staple to the Uruguayan diet, and is often barbequed. Perhaps the most popular dish is ‘asado’. All cuts of meat – as well as internal organs – are cooked on a special wood-fired grill called a parrillero. Parrilleros can be found everywhere; they are visible to diners in restaurants and street corners.

For those of you with a sweet tooth, Uruguayan desserts and pastries are predominantly filled or topped with ‘dulche de leche’, a thick brown paste made using heated sweetened milk; think of it as a cross between caramel and evaporated milk. It is used to fill flans and churros, as well as to top bread (as we might use jam).

To wash down your food, the most popular drink in Uruaguay is ‘mate’. This is made by adding hot water to dried leaves from a plant named yerba mate, sometimes with sugar. Think of it as a bit like tea. But mate is drunk not out of a cup, but from a thermos mug using a metal straw called a ‘bombilla’ which sieves out the solid particles as the liquid is drunk!

Unlike the meat-based Uruguayan diet, rice, beans and vegetables provide the staples of Costa Rican cuisine. Why? Well, as you may have noticed as students, they are very cheap. Two of Costa Rica’s main dishes – ‘gallo pinto’ and ‘casado’ – are based around rice and black beans. 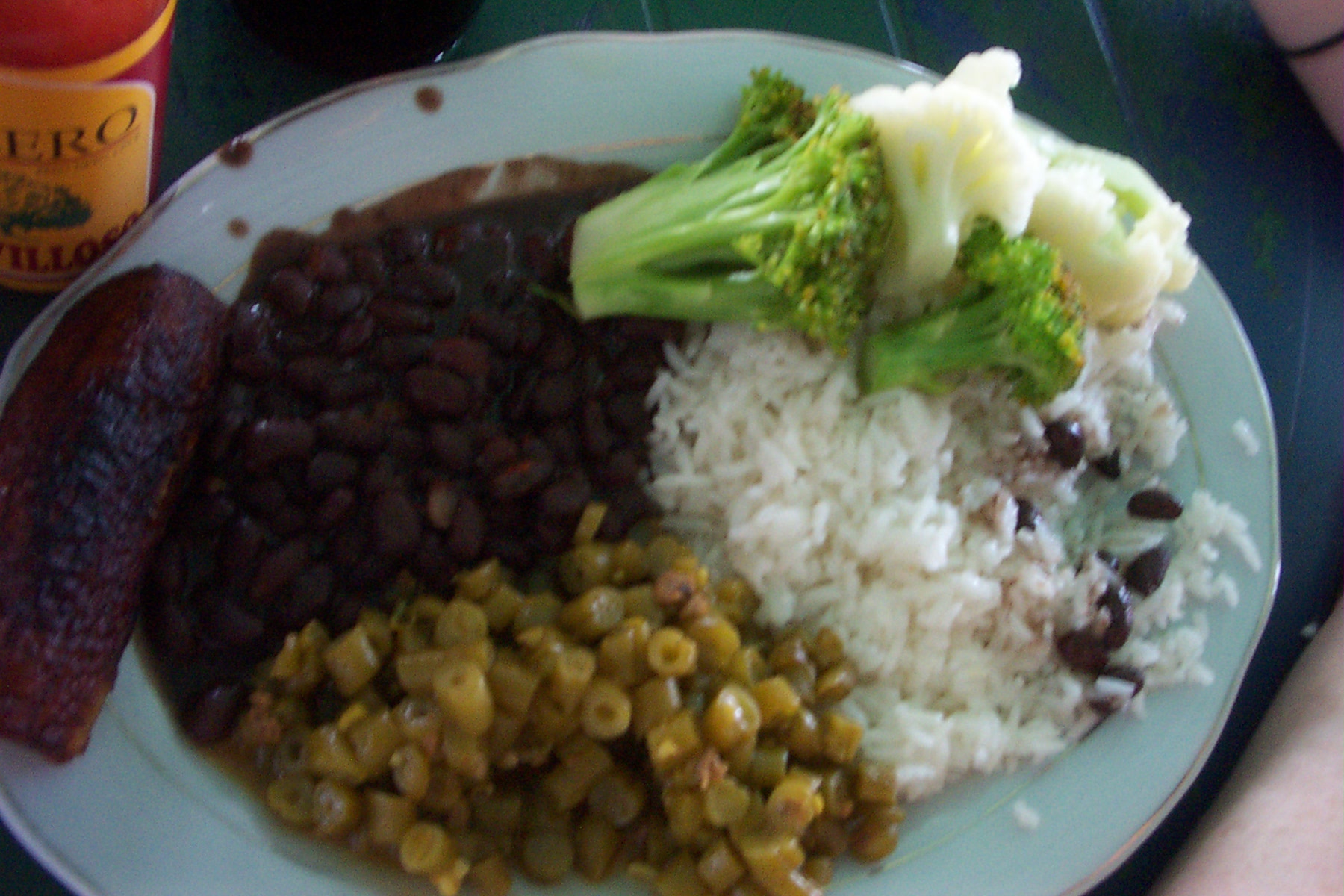 Casado is another rice and beans based staple

Gallo pinto is a typical lunch or (surprisingly for us cereal-lovers) breakfast for most Costa Ricans. The rice and beans are mixed together and served with scrambled eggs, tortillas, beef and plantains. What a feast! Unlike here in the UK, most Costa Ricans consider lunch to be their main meal of the day, in order to keep their energy levels high throughout the afternoon. In a casado, the rice and beans are not mixed but served separately, whilst the rice is cooked together with diced onions and red peppers. These are served with meat or fish, plantains and salad.

As you may have observed, the Costa Rican diet is very well nutritionally balanced; each meal includes protein, vegetables and carbohydrates. Indeed, a variety of fruits can be sourced from Costa Rica: melons, papaya, mango and passion fruits to name but a few. Alongside these more common fruits can be found a few you might not have heard of. ‘Guanábanas’ are football-sized fruits with a green casing and white flesh, often consumed with milk. A ‘zapote’ is a brown fruit which looks a bit like a big avocado, but when opened the pulp is a vibrant orange colour, more resembling of a sweet potato. Costa Rica’s most famous fruit and vegetable export, however, is the plantain. Plantains provide a staple of Caribbean and coastal South American cooking. A member of the banana family, plantains must, however, be cooked before consumption. 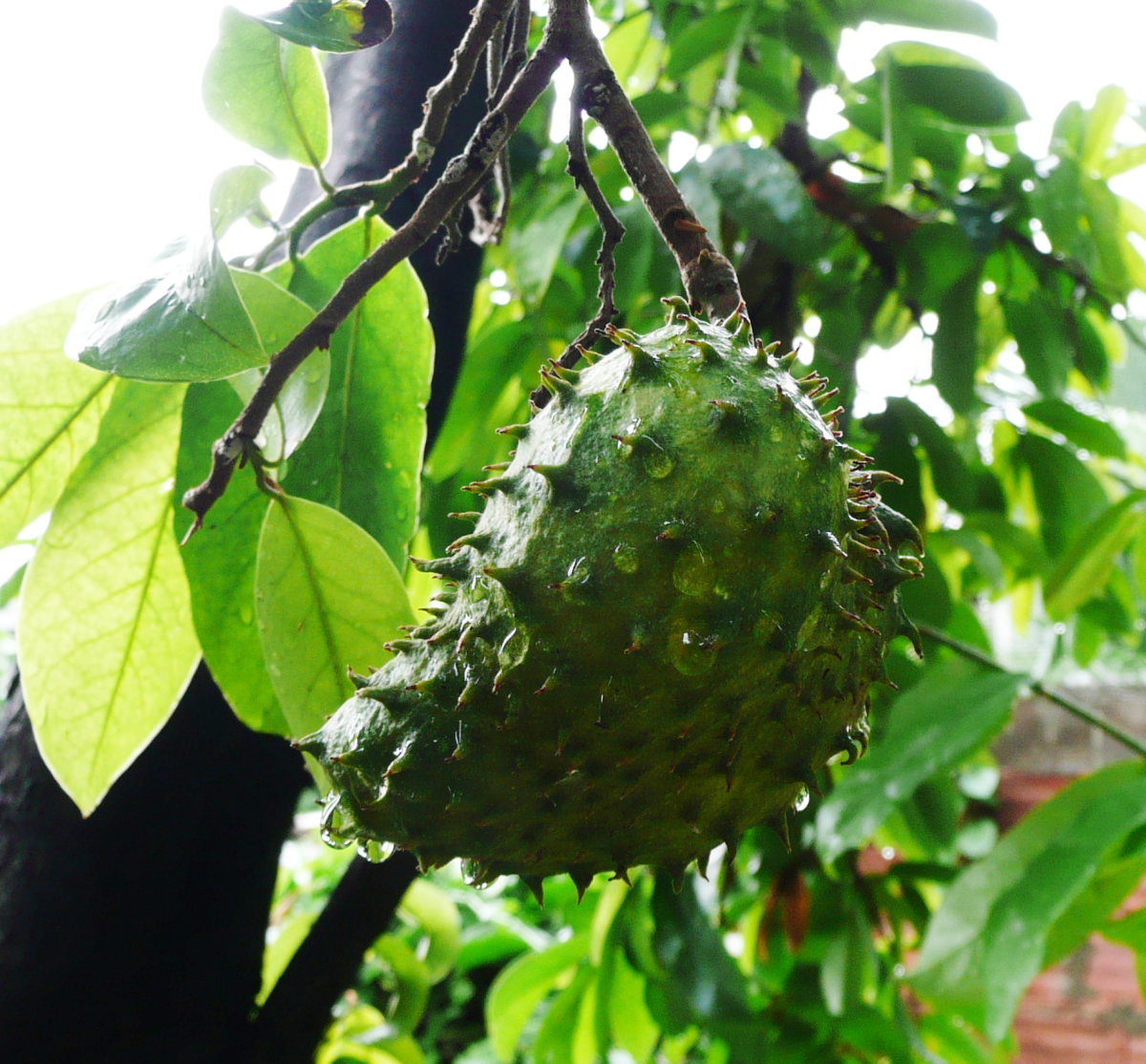 Another famous Costa Rican crop is the coffee bean and unsurprisingly coffee provides a key beverage, drunk frequently throughout the day (especially with breakfast) despite the hot and humid climate. Tourists can enjoy ‘coffee tours’ in which they are able to sample drinks prepared using beans grown at the farms which they visit. A more thirst-quenching option is a ‘refresco’, freshly squeezed fruit juice mixed with ice and water or milk. Refrescos come in a wide variety of flavours, including star fruit.

An interesting feature of Costa Rican cuisine is the fact that the region along the Caribbean coast enjoys its own food culture, distinct from that of the rest of the country. Here the food is much more identifiable with Caribbean influences: most dishes are flavoured by coconut milk and spices. For example, in the rice and beans of this area, the rice is cooked in coconut milk. In addition to Costa Rican fruit and vegetables, the Caribbean ‘akee’, a red fruit with a white flesh, which is only safe to consume when cooked, is frequently eaten here, often as an accompaniment to salted cod.