Originally launched in Paris as a response to the expensive price of eating out, Tobi Onabolu started the Supper Club as a means of recreating the pleasure of the Parisian “dining out” experience at home. After spending time enjoying the culture of the French capital, Tobi realized that, not only could he create many of the items on the pricey menus across Paris himself, but the same wine was readily available in shops and supermarkets for a quarter of the price.

So the Supper Club was born: Tobi began with two seven-course dinners in Paris for his friends, splitting the cost of ingredients and wine.

After the success of the initial meals, Tobi decided to bring the Supper Club back with him to Durham. He began working on more advanced and sophisticated menus, incorporating the expert advice of his Parisian friends and the feedback he received from his initial suppers.

“It is very much a two-way street, because the guests are forced to really think about what they’re eating, and at the same time I ask for feedback so I can continue my cooking development. A lot of the guests are far more experienced and generally better chefs than me, so I regularly receive good advice!” – Tobi

Tobi has done several Supper Clubs throughout this year, serving his guests intricate and unusual dishes ranging from a very popular lobster and asparagus soup to grilled parsley and garlic mushroom on a beetroot hummus. He even managed to transform the pesky pigeon into a culinary triumph: pigeon breast with a plum coulis and carrot purée. His cooking exhibits predominantly French influences, but brings together hints of flavours from around the world.

The concept behind Tobi’s Supper Club is to give his fellow students a chance to eat food and drink wine that they otherwise wouldn’t, either because it’s too expensive to eat at a restaurant, or because they can’t be bothered/don’t know how to cook it at home.

“It offers an alternative “night out” experience where the main focus is on food and wine.” – Tobi

The Supper Club is a welcome opportunity to go beyond the somewhat limited standard Durham social scene and experience something a little different. Normally there is an interlude between the fifth and sixth course where a student artist or photographer displays their work, talking the guests through the inspiration and meaning behind some of their projects. 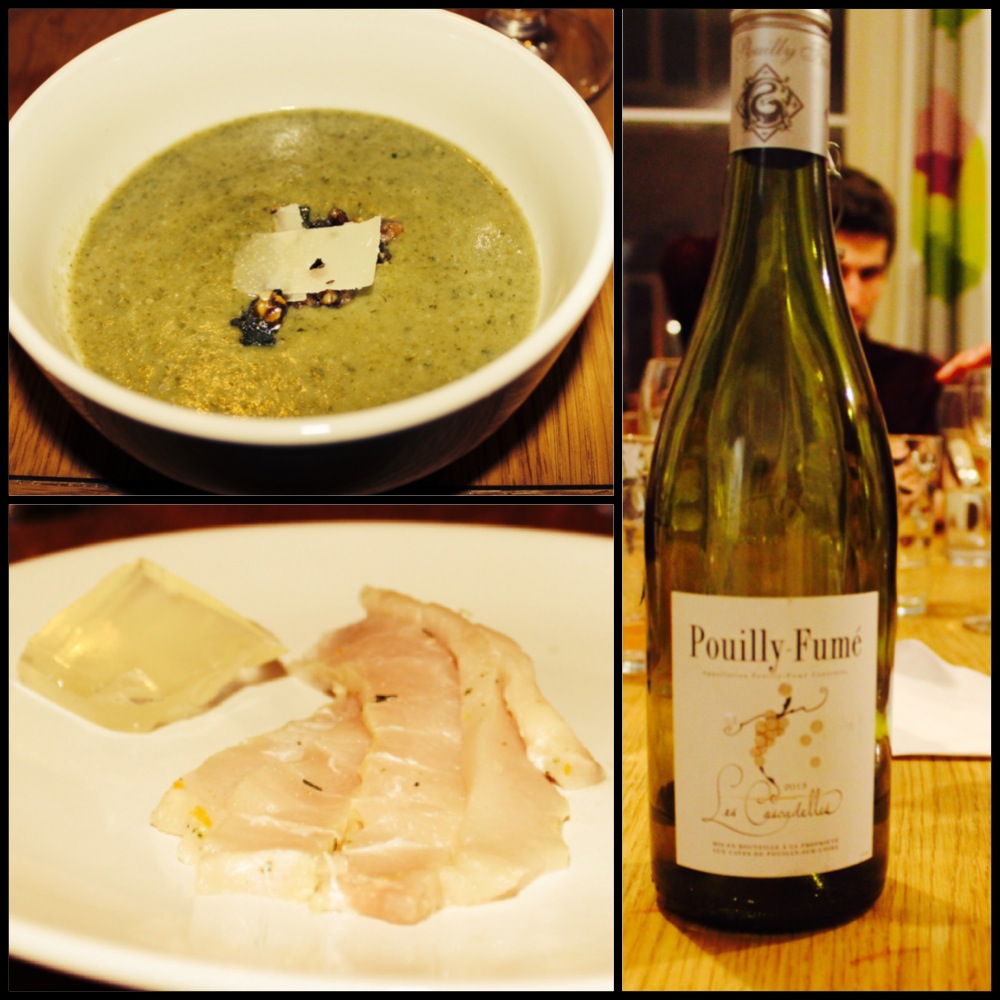 Although Tobi says he would like to be able to put on these dinners for free, to do so for eight people would be incredibly expensive. There is therefore a set price cap of £25 per head, enabling Tobi to buy the top quality fish and meat from the indoor market, fresh fruit and veg from Robinsons, and any extras are treats from M&S. The wine comes from Majestic, and any extra change from the food just allows him to buy better grade wines.

“I don’t claim to be a Michelin starred chef, nor a sommelier, so I always warn my friends to come at their own risk and don’t assume that everything will be perfect!” – Tobi

For us, the Supper Club certainly lived up to expectations. Credit to Tobi for serving such high-quality, predominantly locally-sourced food in perfectly sized portions. The wines were well thought out, chosen to complement each dish. For a one-man show, we were particularly impressed with how Tobi managed to time the evening so skilfully, ensuring delicate presentation for each course and timing the meal like a true professional. From his student living room in Durham, Tobi gave us an authentic taste of Parisian cuisine with his own personal take. We may not be John Torode or Gregg Wallace (thank god…), but you get a 5* rating from us.

The menu was only revealed to us as and when the dishes were served by Tobi himself and, to quote an anonymous attendee: “the ambiguity adds to the suspense”…

Sophie & Lauren’s ‘Highlight of the evening’ award: Tobi’s so-called “palate cleanser”, but in our opinion it was a lot more than that. His pomegranate & mandarin sorbet was the perfect consistency (no mean feat!), and packed with sweet and fruity flavours to make an incredibly refreshing interlude. 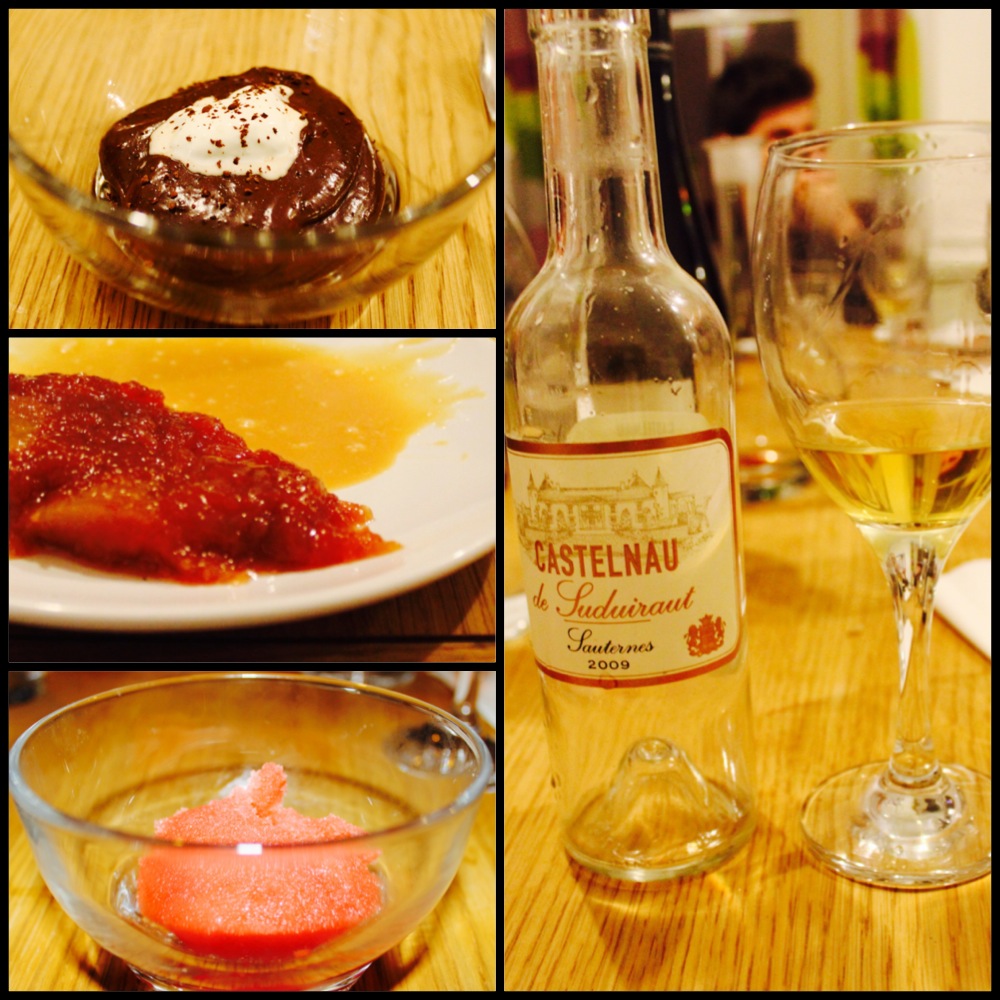 The nature of this Supper Club is such that it is easily transportable and Tobi intends on taking it with him wherever he goes. We wish him the best of luck, wherever this idea takes him! We finish on a quote from the man himself:

“It simply depends on people with a passion for food and wine, who are ready to take a risk and try something a bit different” – Tobi