Victoria’s Secret Fashion Show 2019 Axed: What will this do for female body image?

The Annual Victoria’s Secret Fashion Show has been one of the major events in the fashion calendar since 1995. However, this year’s show has been cancelled after last year received its lowest ever viewings.

The brand has failed to update its image in light of recent campaigns encouraging female empowerment and diversity. Their prime contender is Rihanna’s Savage X Fenty lingerie brand. Rihanna’s first fashion show in New York last year showcased original designs for all body types and included supermodels, women of colour and the pregnant Slick Woods. Her lingerie brand extends far past the sizes offered at VS while her makeup brand Fenty strives to offer a foundation for approximately every skin tone. 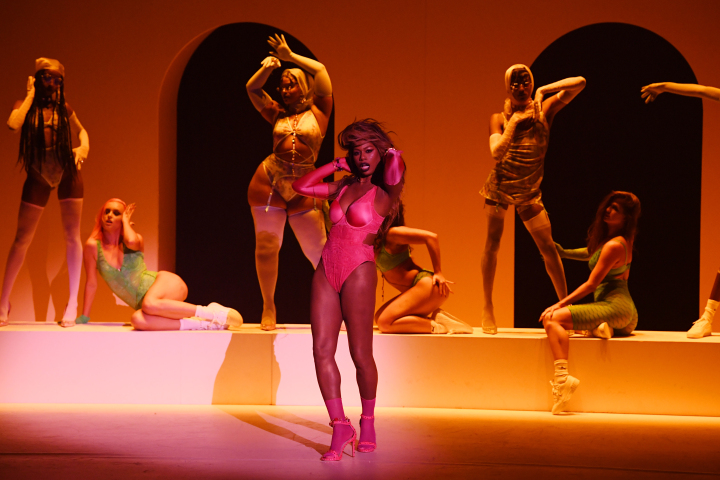 It is not just the show that is flawed. Its models partake in intensive exercise for 3 hours a day and go on extreme juice diets throughout the year once they have been selected for the show. Gigi Hadid recommends the Master Cleanse, which involves 10 days of exclusively consuming a liquid formula containing lemon juice, maple syrup and cayenne pepper among other ingredients. It is often too easy to remember that these models have nutritionists and healthcare professionals assisting them during these diets.

More pressingly, the VS Pink brand, which always has a segment in the VS Show, is aimed at a younger audience. In London, it can be found in London in the basement of their Bond Street store. It is flooded with young girls as young as 10 years old and serves as a precursor to the lingerie offered on the three floors above. Throughout the VS floors of the store are mannequins of the Angels’ torsos, wearing their outfits from previous shows. They inevitably showcase dimensions that are predominantly genetic (though rare) and altogether display impossible standards for a pubescent teenager. Despite media coverage of the devastating culture of eating disorders, companies such as Victoria’s Secret have not yet adapted to combat their inadvertent contribution to the issue. It is imperative that more companies follow the example of Rihanna’s brand when it is well-known that anorexia nervosa has the highest mortality rate of any psychological disorder in adolescence.

While the brand includes a diverse selection of models from across the globes, their body types fall almost exclusively under US sizes 0-4 (UK 4-8). Admittedly, in recent years the models have had increasingly athletic bodies and share their fitness routines on their social media platforms. An example of this is JoJa, Jasmine Tookes and Josephine Skriver’s shared Instagram account that is dedicated to their workouts and sharing fitness tips with their followers. In defence, these models to some extent showcase a healthy lifestyle, however, it is impossible for anyone to be as committed as they are in their daily lives, in terms of both time and cost. 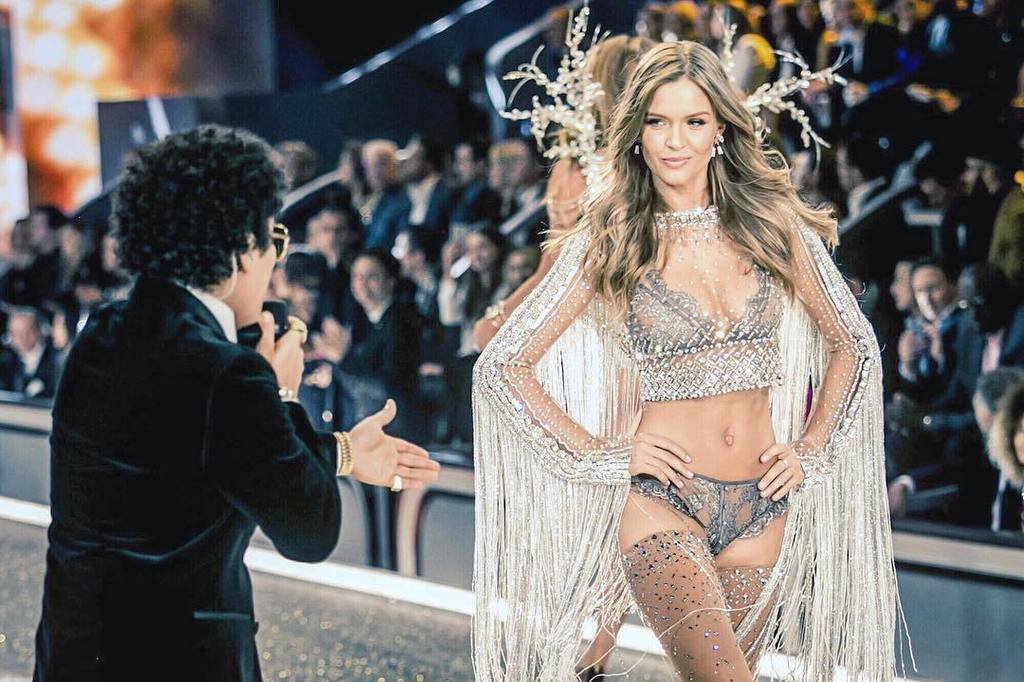 Photo by Victoria’s Secret. Available on Twitter @JosephinSkriver.         VS Angel Josephine Skriver wore the custom made Swarovski Outfit in the 2016 show.

In the late 90s and early 00s, it was believed that the VS models simply did not eat enough, which was in part due to the “heroin chic” vogue of the time, of which Kate Moss was the prime example. Moss infamously said, “No food tastes better than being skinny feels”. Victoria’s Secret responded to this by ordering pizzas to the backstage of the 2002 show, where the models were wearing their silk dressing gowns while having their hair and makeup done. This was criticised at the time for being a superficial campaign to deflect scrutiny about the health of their models and the pressure upon them to be “perfect”, which in VS terms entails an extremely low body fat and a low BMI (Body Mass Index). 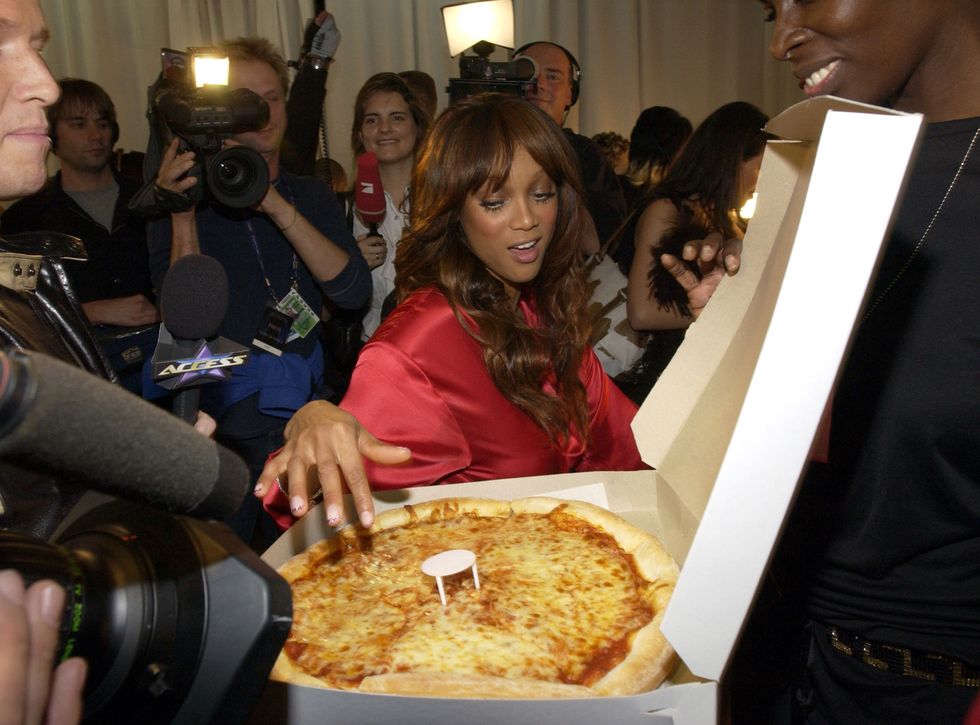 Photo by Victoria’s Secret. Available at Popsugar Australia.            Tyra Banks eyes up pizza backstage at the VS Fashion Show 2002

Criticism stems from within the flock of models too. In the December issue of British Vogue, it was noted that Jourdan Dunn shunned Victoria’s Secret “before it was fashionable”. Dunn was, in fact, a VS Angel but hung up her wings due to disagreeing with the ideals that the show promotes and in doing so exposed the façade. 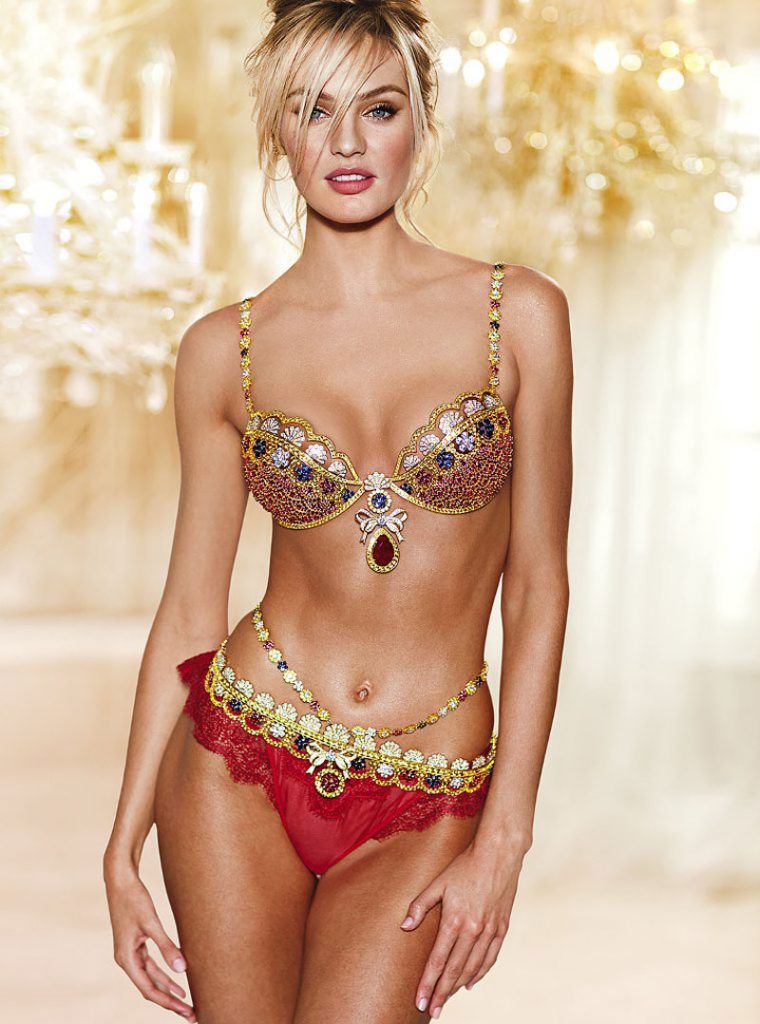 Photo taken by VS marketing team. Available at Extravaganzi.com.
The South African supermodel was selected to wear the 2013 Fantasy Bra worth $10 million.

It goes without saying that the VS vocabulary is inherently flawed. Words such as “Angel” and “Fantasy” are an open confession that the brand promotes unrealistic standards. The very concept of a “Victoria’s Secret Angel” heralds them as the modern image of perfection. Even within the pack of models, there is a clear hierarchy – many of the VS fashion show participants have to wait years to be declared an “Angel” or to be chosen to wear the Fantasy Bra, which is the million-dollar centrepiece of every show. When interviewed, the majority of the models said that Candice Swanepoel had the perfect body, which suggests that they too suffer from extreme pressure when attending the show or feel inadequate despite months of preparation.

One of the key reasons for the cancellation of the show is undoubtedly the resignation of Ed Razek, the chief marketing officer of the brand since its beginning. He stepped down after the label signed its first transsexual model, Valentina Sampaio, after saying in an interview the year before that transsexual models should not be signed “because the show is a fantasy”. Razek’s resignation will automatically see a new era for Victoria’s Secret, as I am sure that in wake of the cancellation of the show, their marketing campaigns will see a radical change for the better. Their website is already starting to show signs of progress, with plus-size campaigns advertised, although this ought not to be congratulated given that they are simply playing catch-up with other labels. 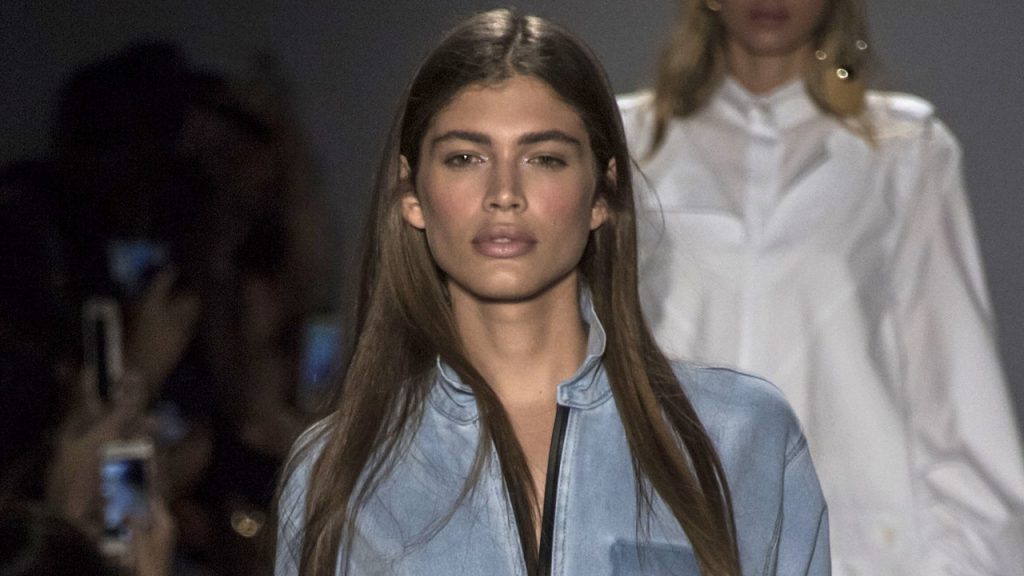 Photo by Getty Images. Available at Allure.Com. Valentina Sampaio is VS’ first transgender model to be signed to the brand

There is no denying that the VS Fashion Show is a spectacle to behold. The outfits are exquisite, the models are breath-taking and performers such as Lady Gaga and The Weeknd grace the runway. All of the models are flown to the locations – Paris and Shanghai in recent years – on a private jet altogether and have personalised VS luggage and dressing gowns. Essentially, they appear like the stereotypical image of a sorority – an ideal to adhere to, one that is talked about but that is never presumed to exist.

Cancelling the show for a year is a belated yet symbolic move. I hope that next year’s show goes ahead and that in the meantime the brand seriously reconsiders its image and its promoted ideals. This should extend further than the show and hopefully will affect the entire way in which its photoshoots capture the models and the image that is displayed in their stores. Undeniably, it still has a long way to go, and my starting point would be revolutionising the rhetoric of their campaigns.