With the Durham term starting so late in the year, I think we can all agree that the 31stOctober came around much faster than expected, leaving many people scrambling for a quick DIY costume before heading to Players, Babylon or Lloyd’s. I must confess that my “clown” make-up left a lot to be desired. Nevertheless, as always, celebrities failed to disappoint. Many of them underwent absurdly long transformations (see Gigi Hadid’s video of her transition into The Mask). 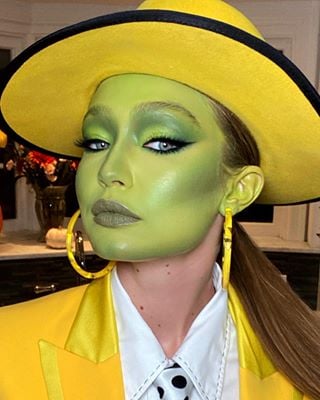 Despite the longevity of the transition, it is clear that this is a costume that could easily be replicated by us students. Take note of the facial contouring and sculpting achieved using different shades of green and the sky-high cut crease effect. Minus the hair extensions, most elements of the outfit, particularly the yellow hoops and suit, are readily available online. Gigi, perhaps more than any other costume I saw this year, hit the balance of pop culture, monster and glamour.

Heidi Klum once again hosted her annual Halloween party. The Victoria’s Secret model in question disguised herself as an unsightly cyborg. The prosthetic construction altogether took place over 12 hours in front of a live audience in the streets of New York. The model had taken to Instagram that day to post a nude photography of herself posing in a Moschino witch hat, proving that she is anything but the monster she embodied. 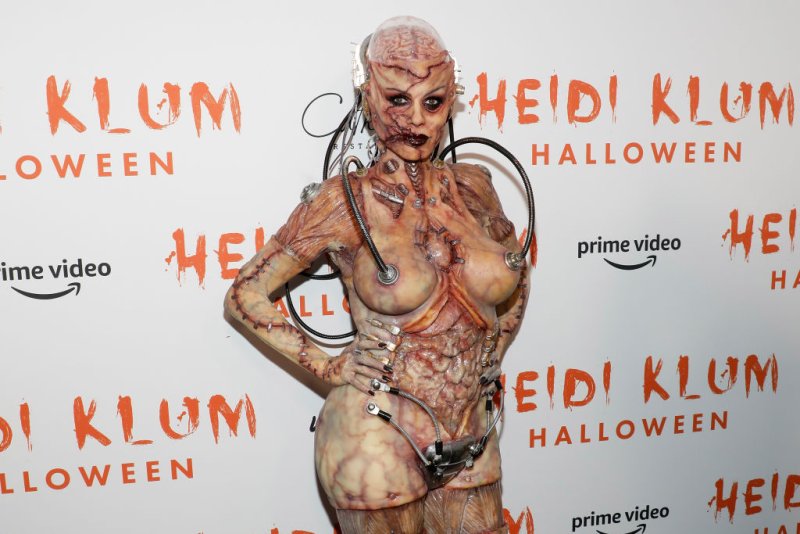 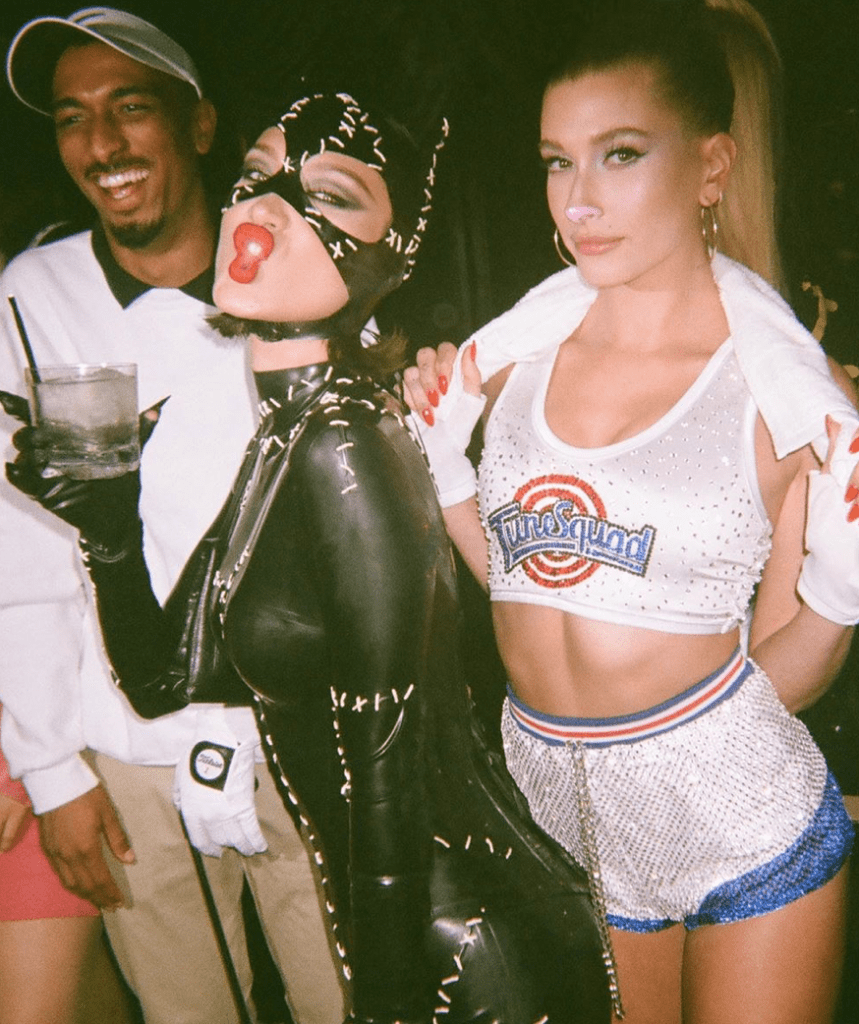 Image by Gigi Hadid. Available on Instagram @gisposable. Bella Hadid is pictured as Catwoman alongside Hailey Bieber as Lola Bunny and yungtaco as Tiger Woods.

The birthday girl in question rode into the party dressed as a “Forest Fairy” atop a white horse. Needless to say, she certainly earned her Victoria’s Secret angel wings, and is arguably wearing one of the most beautiful and original fancy dress costumes seen in recent years. 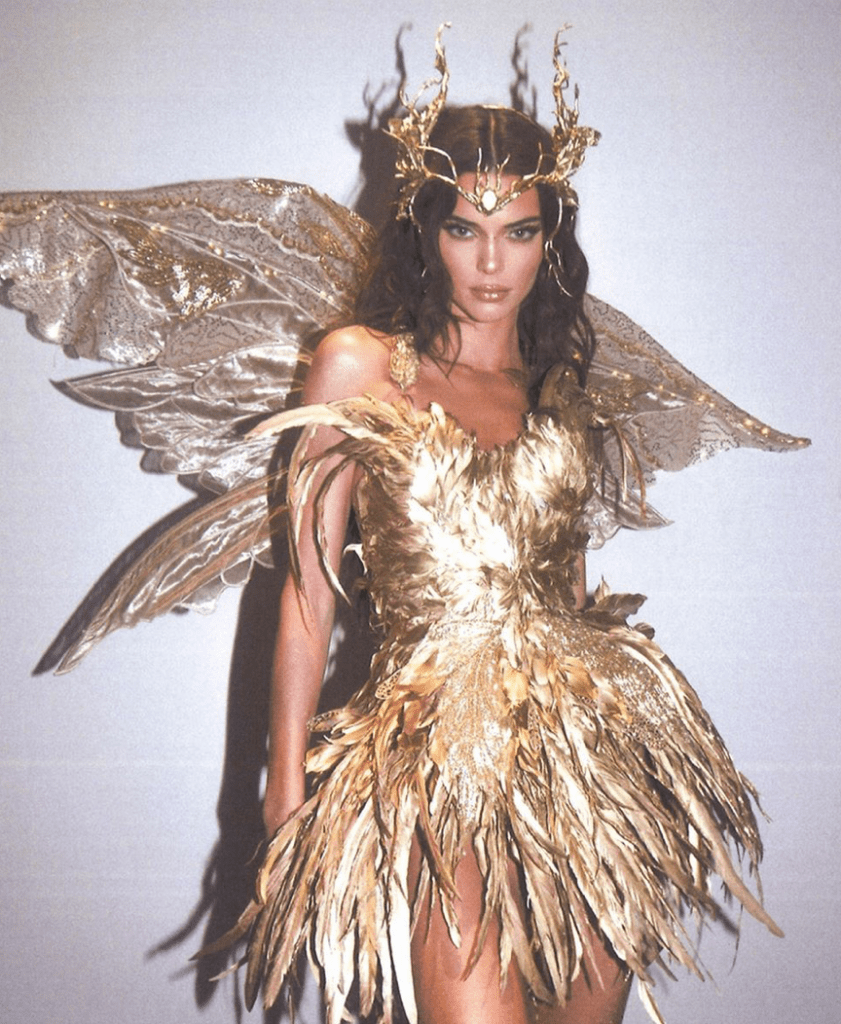 However, this again prompts the age-old question: is it suitable to Halloween? Evidently the traditional view of wearing a scary costume has dwindled over the years, although The Weeknd did not seem to think so. Abel was the spitting image of Jack Nicholson’s Joker of 1989. 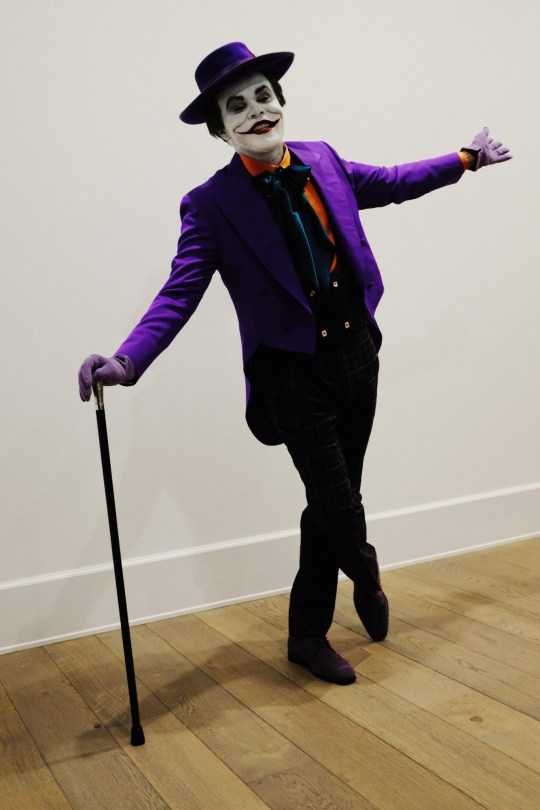 Halloween once served as an annual opportunity to entirely disguise yourself and mildly scare friends at a party. Now the classic costumes are anything but scary: angel, cat, leopard or even just a smattering of fake blood on a white T-shirt. However, a revival of the original tradition is not necessarily needed. Rather, more effort and consideration could be put in to producing a completely original costume. Students tend to panic at the prospect, thinking that a huge budget is required. In thi s vein, the ultimate source of inspiration is none other than Nina Dobrev who imitated the infamous Chanel S/S19 fashion show crasher. 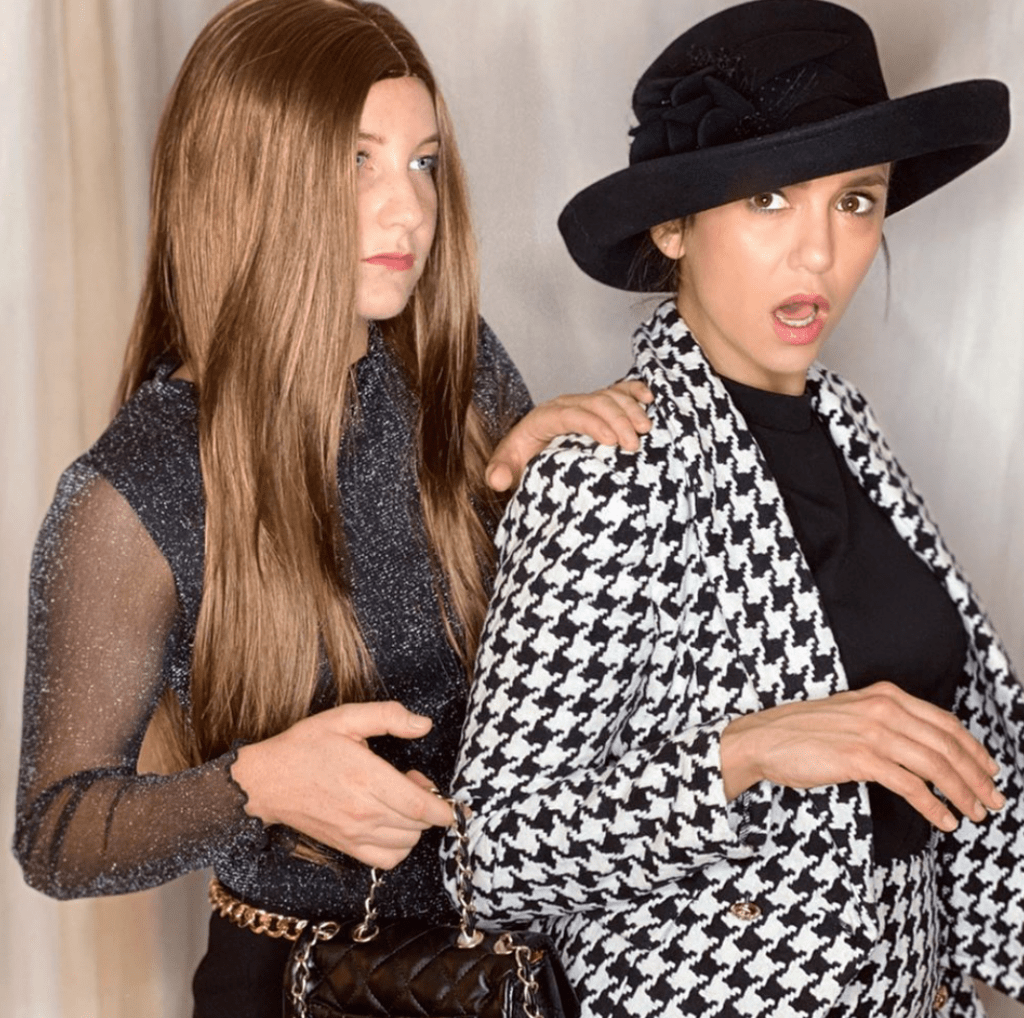 Hopefully next year the bathroom queues at Babylon will have a little more to offer than half-hearted Wednesday Adams, fairies, pixies and the like.