Should Love Island be held accountable for promoting unhealthy standards of beauty?

The BAFTA award winning reality show, Love Island, is back on our screens for a Winter 2020 edition. However, even while the return of love island may be exciting for fans, it may not be beneficial for their self-esteem. Love Island has long been accused of promoting negative body imagery, pressuring men and women alike into the plastic surgeon’s chair. It has been criticised numerous times for largely only representing a certain body type, which is detrimental to many young people’s mental health. A survey carried out by YouGov, showed that almost one in four people aged between 18 to 24 say that watching reality television makes them feel worried about their bodies.

Even though the existence of social media has exacerbated issues of body image and feelings of self-consciousness, Love Island especially promotes this response due to their casting of conventionally good-looking contestants. Although the show claims that this is not the case, the cast are in fact all representative of a small number of body types. Love Island bosses have defended their decision not to include a range of diverse bodies as it is largely “a very aspirational programme for our audience”.

Food psychologist, Kimberley Wilson, coined the term ‘The Love Island Effect’ which refers to the negative impact of viewing those with a picture-perfect body has on individual self-esteem. The effect of watching the men and women in their swimwear every day for two months, with this year it being the first year that we will have four months of this content, the problem will surely only get worse as we are faced with more exposure to supposed ‘perfection’.

Trying not to view the contestants as an aspirational body type is not as easy as first thought. With the rise in social media and influencers simply turning Love Island off and not engaging with it isn’t as easy as first thought. All of the social media platforms are filled with ‘images of perfection’ from influencers, whether it be promoting their clothing brand deals, being pictured in flawless make up or simply showing of their physique, it is hard to get away from these images which fuel our desires to be more like those who seem to be successful based around their flawless image. It seems like Love Island inadvertently equates success with these idealised images which in turn has a negative effect for the general public who do not look like these images. 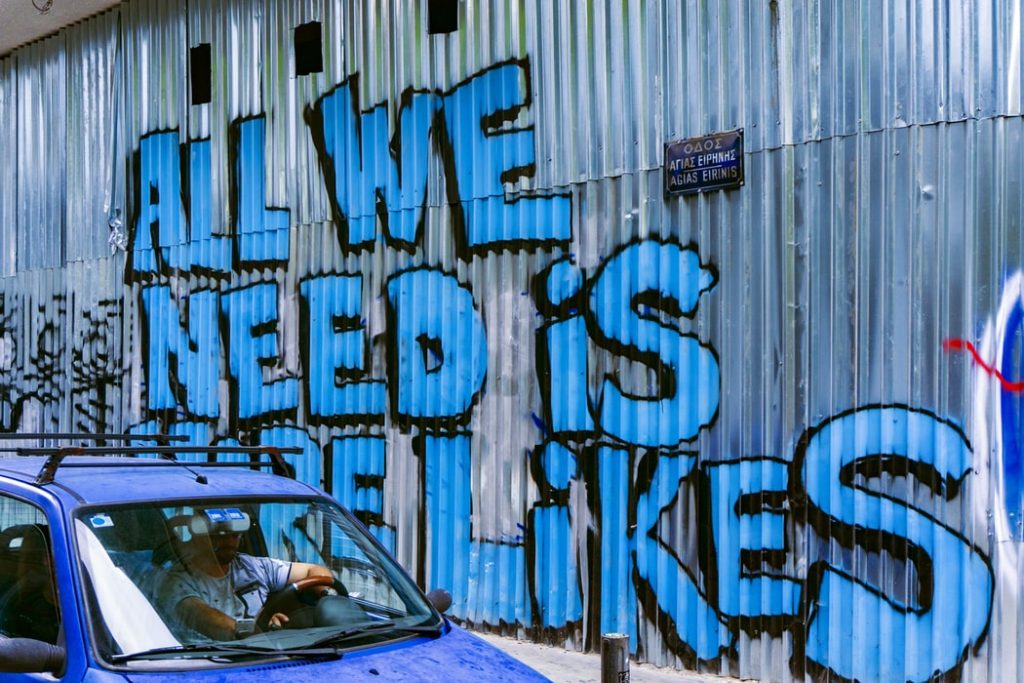 Photo by @epicantus on Unsplash

With this being said, it is unfair to the contestants to hold them accountable for promoting an idealised body type. It is sad that the show primarily celebrates the contestants on their looks, with comments from the public mainly surrounding appearance rather than their personalities. These comments focus mainly on the female contestants, with the girls receiving most hate regarding whether they have had surgery to achieve those looks.

The most notable contestant that faced backlash for her cosmetic surgery was Megan Barton-Hanson of Love Island 2018. Since leaving the show she has defended her right to undergo plastic surgery telling Cosmopolitan UK: “I think if you want to do something to make yourself more comfortable, then why not? I didn’t think ‘I’m trying to be a role model’, I did it for me and no-one else,”.

Viewers often don’t consider that those entering the villa are not trying to be ‘role models’. They not trying to present an imitable standard for us, the viewer, but simply want to feel good in themselves. Becoming anthropomorphised ‘beauty standard’ in that pressured environment, especially with many young people wishing to emulate your appearance, would be an added strain on the contestant’s mental health.

YouTuber Corinna Kopf tweeted out against the backlash female influencers face due to simply undergoing plastic surgery. In response to a troll calling her out for supposedly promoting the use of plastic surgery, Kopf hit back by tweeting: “I’d rather be open and honest with my audience about my enhancements rather than lying/denying and creating an unrealistic standard.”

If influencers and contestants are open about their cosmetic enhancements, it seems unreasonable for audiences to get angry at them for promoting a seemingly unrealistic standard of beauty. The problem lies with the term ‘influencer’ however. If contestants are aiming to become a typical social media influencer, almost using their looks to sell products, a line should be drawn. It can be claimed that they are not promoting unrealistic beauty standards because they are being clear on what surgery they have under-gone to achieve their looks. However, the fact that success, especially from Love Island, comes from levels of attractiveness does plant the idea that the audience too needs the same surgery to gain the same levels of success.

Nonetheless, Love Island contestants and social media influencers do not deserve abuse online. Twins Jess and Eve Gale of this year’s 2020 Winter edition have already faced backlash for having surgery and using make-up, tan and hair dye before entering the villa. Before and after pictures of the contestant’s surgery circulate, inviting the vile trolls of social media to critique their looks. Even though they may present an unrealistic image of what a 20-year-old should or could look like, promoting potential insecurities in young-people, contestants don’t deserve to be bashed for making choice that essentially only affects themselves. By trolling the contestants online for their appearances, not only does it incite hate and bullying for no reason, it also produces more problems with mental health surrounding the issue of body image.

Love Island contestants are aspirational in personality, showing strength of character, courage and confidence. The producers simply need to be held accountable for their refusal to promote body diversity.

It seems that Love Island produces no winners when it comes to the issue of ‘images of perfection’. Seemingly ‘perfect’ contestants get hate for being ‘ugly’ before surgery. At the same time, their post-surgery selves (intentionally or not) promoting unattainable beauty standards which young people strain to emulate. Perhaps then, despite being branded as an easy-to-watch show, Love Island comes with too much added baggage for all who participate.

Feature image by @stvgale on Unsplash