Bilingualism: why it matters to students of literature

If you’re bilingual you’ll be all too familiar with people telling you how incredibly useful it is in later life, whether that be learning another language or finding job opportunities. However, being a student, and one that is fluent in English and German, I felt like I was yet to encounter these benefits. Whilst a language like Spanish is so widely spoken and can make it really easy to communicate with people from a vast number of countries, to me, German never really came to be the biggest benefit, besides when I had to help teachers pronounce people and place names in History class. And I’m sure many of you will feel the same with your other languages.

However, I am here to present to you a silver lining. Being bilingual can definitely be a beneficial attribute to have, especially if you are studying English literature. It involves reading a book in two different languages.

It was only fairly recently that I gave this a go and realised how useful it was. It was back in my final year of high school, when my English Literature class had a “Literature in Translation” module, which consisted of reading a series of books that were originally not written in English. One of the books we read was one of Franz Kafka’s best known works, his 1915 novella The Metamorphosis. Upon discussing it with my German teacher, she thought it would be a great idea to simultaneously read the original German version, and conduct a close line by line analysis of the translation. This novella obviously lent itself pretty easily to this close reading study, as it is a short story consisting of a mere 80 or so pages. We also looked at two different English translations and critiqued the two; evaluating the translators’ decisions on certain words or phrases. Whilst this was all fun and games, delving deeper into the way translations worked, what really came out of it was something much more than that. There were some words in German, which I’m sure is the case for many other languages, where there simply wasn’t an English equivalent word in existence. The translators were then forced to come up with a similar, albeit not exact, word or phrase that they could use instead, which would give the reader a similar impression or understanding. There was one such example from The Metamorphosis that I do want to touch on, simply because it is literally within the first paragraph of the novella. For those of you who haven’t read The Metamorphosis, the opening line is all you really need to know:

… or is it insect? Within the very first line of the novel, there are already disputes and different interpretations of a single word, with one translation of the novel reading “vermin” and another “insect”. The original word used, “ungeziefer” generally refers to vermin or pests that are small in size and mostly insects or spiders. The English word used here, vermin, usually has a connotation that lends itself to rats or mice, and therefore this translation relies on further descriptions of Gregor’s appearance in order for the reader to fully understand his physical state. It is a small difference, but a huge one when thinking about the impact of diction in literature. 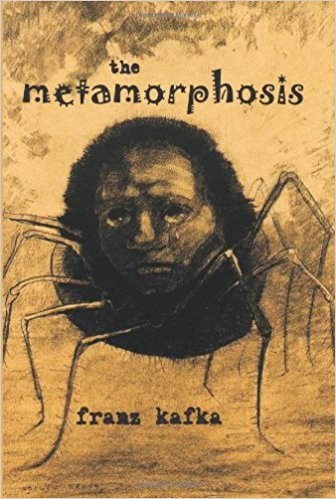 Insect or vermin? Ambiguities in translation.
Credit to Google Images

Whilst this is all very specific to The Metamorphosis, I do want to emphasise that it is simply an example. Of course line by line comparisons are not always possible:  however if you do have the time to read a novel in two different languages, I would highly recommend it. Even if the book is originally written in English. By reading a translation in another language you’ll have another layer of interpretation and understanding, and you’re bound to catch up on certain symbols or themes you may have missed out on the first time through. You’ll be able to further delve into word choice and the English language, which, if you’re studying linguistics or the history of the language, can be really useful. Additionally, if you feel like you need to brush up on your second language, which is the case for my German, then reading a couple of translations is a great way to do so.