Would a Podemos win turn Spain into Venezuela? 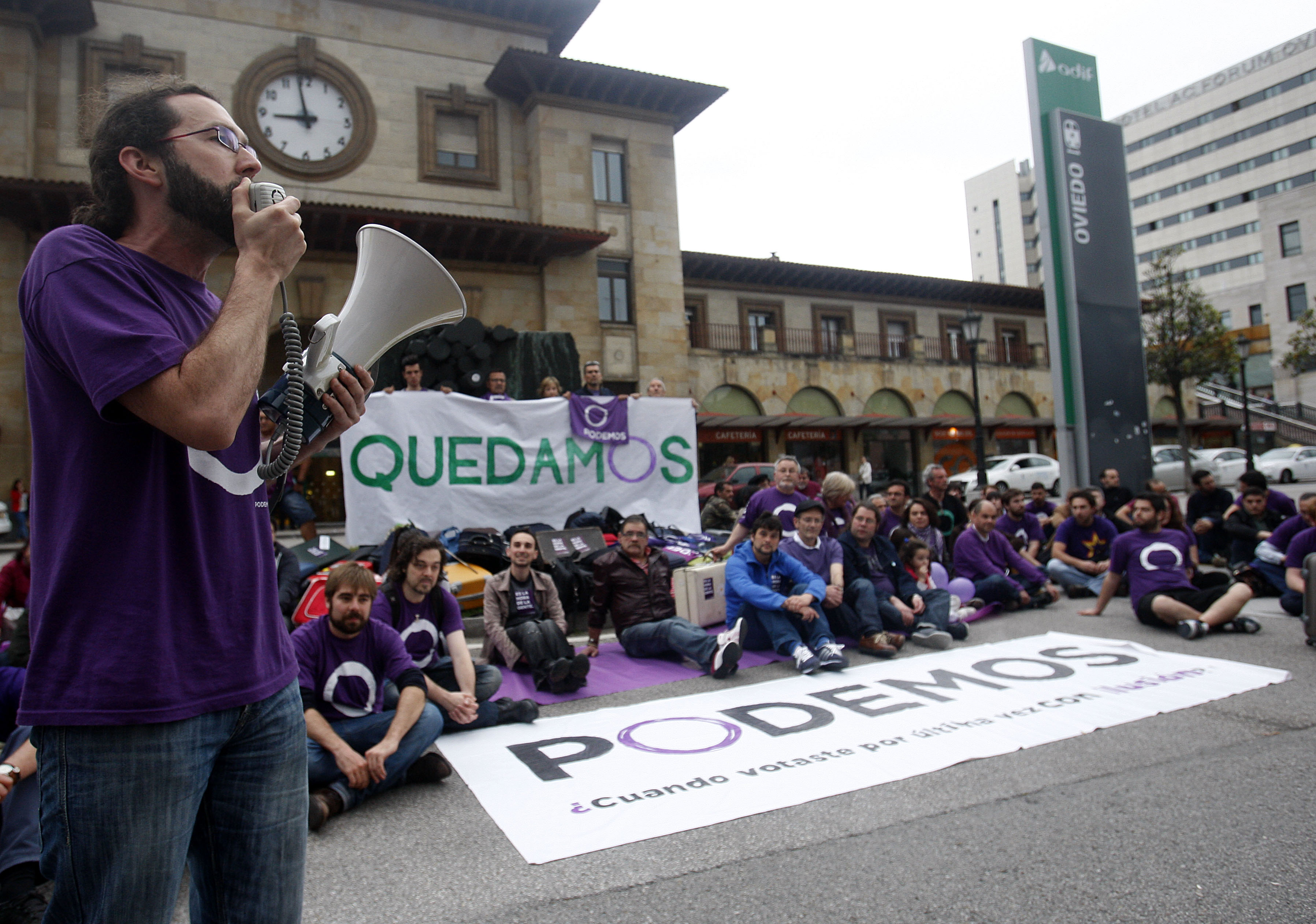 Podemos has been gaining traction in Spain. The banner reads “When was the last time you voted with hope?”

A recent wave of radicalism has been sweeping across Europe from Britain to Greece, threatening the hegemony of the political establishment. While Greece now has Syriza heading its government, Spain’s Podemos (literally: ‘We can’) hopes to repeat the Greek election result in the Iberian Peninsula. Many amongst both the unemployed and working population of Spain have not felt like last year’s 2% economic growth trickled down to them. Podemos offers desirable changes, such as plans to lower the maximum working hours to 35 hours a week and the introduction of online referendums. Yet, some people see the party as a little too resemblant of Hugo Chávez’s political movement, in Venezuela, whose first electoral victory in 1993 signalled the beginning of political nonconformism amongst many Latin American countries.

Apart from the similarity between Podemos and Hugo Chávez’s Fifth Republic Movement in terms of their existence as a radical leftist response to ‘politics as usual’, clear personal connections between officials within Podemos and Caracas can also be easily drawn. The three leading figures of Podemos — Pablo Iglesias, Juan Carlos Monedero, and Íñigo Errejón — were involved in the development and administration of Chávez’s political ideology, known as Chavismo, in Venezuela. Monedero himself has lived in Caracas, and travelled there back and forth for the last ten years, acting as an adviser of Chávez when he was still in power. A deep financial tie also exists between the two parties. Caracas has given at least 3.7 million euros to the Centre for Political and Social Studies (CEPS), which is run by the three main leaders of Podemos. This makes up more than 80% of the organisation’s income. The Centre has also worked with Chávez to analyse Venezuelan government strategy, for example contributing to its strategy for implementing a new social security system, and has had experience working with the central bank of Venezuela. To those who do not know much about Venezuela, the Podemos leaders’ experiences in assisting the Venezuelan government may appear to be a sign of experience, an assurance that Spain’s potential next government will be made up of competent individuals. However, Chávez’s track record during his 14-year presidency between 1999 and 2013 was largely condemned by the media and foreign organisations.

Despite being reelected four consecutive times, Chávez’s time in power was not seen as a success by foreign commentators. While Venezuela’s GDP per capita rose by 2.5 times and extreme poverty fell from 23% to 8.5% during Chavez’s years, inflation increased from 23.6% to 31.6% and the murder rate nearly doubled from 25 to 45 per 100,000 of the population. Critics also constantly bring up concerns about increasing corruption despite the government’s insistence that it has been trying to bring this down. In 2013, Transparency International placed Venezuela 160th out of its ranking of 177 territories on corruption. Moreover, human rights organisations, such as Amnesty International and Freedom House have pointed to an increase in authoritarianism under Chávez and a reduction in judicial impartiality and freedom of the press. While signs of success do exist in some areas, the failures of the Chávez administration make it highly uncertain that Podemos’s Spain will not be an equally gloomy one despite the rhetoric of growth, freedom, and democracy. 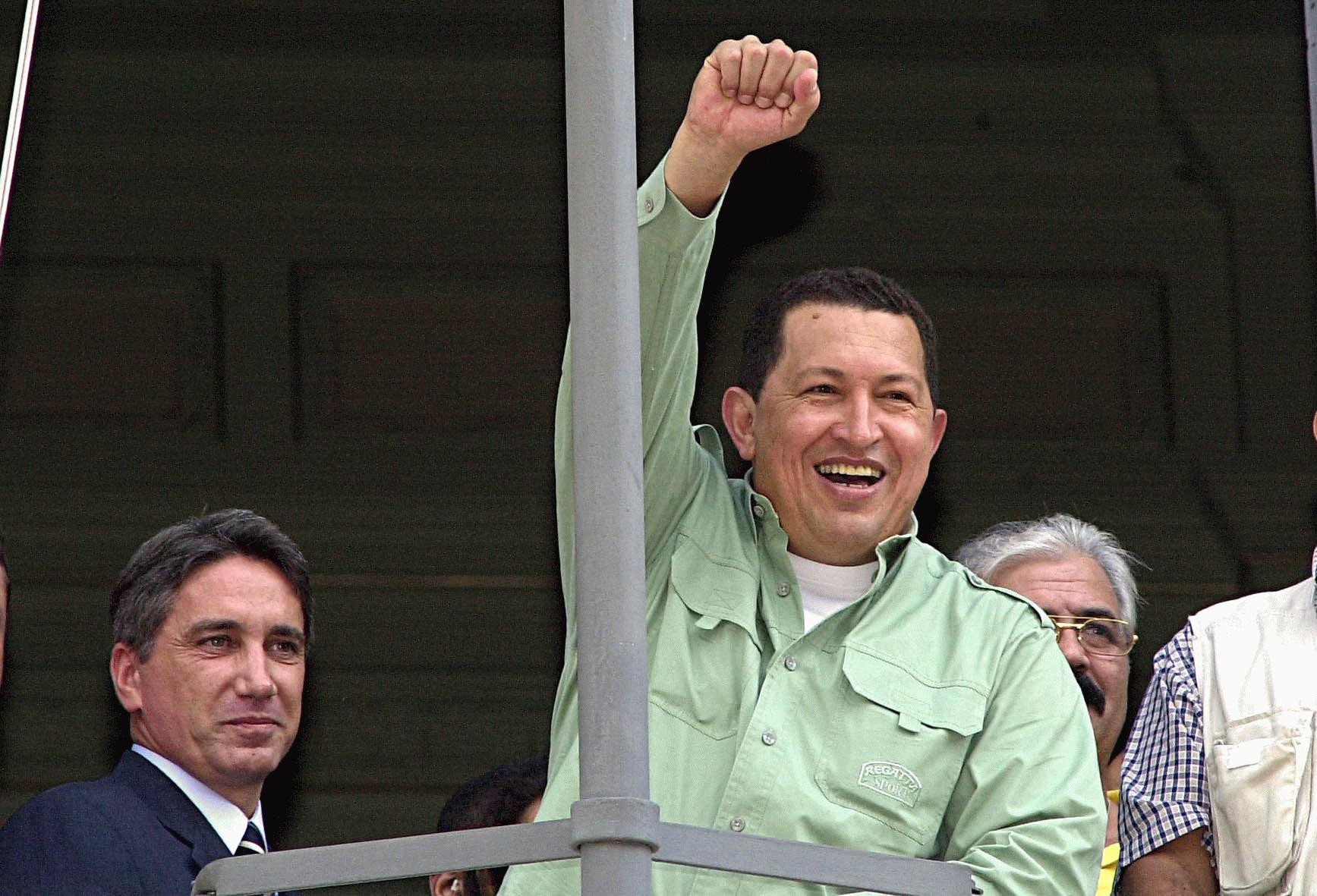 The problem for voting Podemos hence exists greatly in its tie to Venezuela. Having had extensive experience working with a failed administration, Spaniards who are intent on voting for a new radical left-wing alternative may not get what they had hoped for. Actions speak louder than words, and unfortunately for the rising political movement, people’s only reference point for their actions exists in their past ties with the Venezuelan government. Monedero’s claims that Chávez was trying to create a democracy based on popular will and Errejón’s recent insistence that Venezuela was one of the world’s most democratic nations do not help reduce worries people have on the possible state of Spain under a Podemos government. Indeed, these views further confirm perceptions that Podemos’s conception of democracy is one mixed with Venezuelan style authoritarianism.

Nonetheless, Iglesias has repeatedly said in interviews that despite his party’s ideological connection with Chavismo, Podemos is a party of Spain and does not see itself as exclusively replicating Venezuela. In an interview by La Sexta, Iglesias summed up that he did not want the Venezuelan model for Spain, but he is willing to replicate policies that have worked well in Latin America in Spain. In defence of Iglesias, it is too far-fetched to see that his party believes in everything which was done in Venezuela during the Chavez’s time in power. In addition, politics always involves compromises, and it is doubtless that CEPS were not solely responsible for how Venezuelan policy turned out in terms of the final legislation. In other words, the founders of Podemos are not the government of Venezuela. However, it is reasonable to expect similarities between Podemos and Chávez in policy areas in Venezuela in which the three leaders of Podemos did play a part in developing.

It is also worth noting that despite being top in the polls, the latest poll by El País suggests that only 27.7% of the Spanish electorate intend to vote for Podemos. Moreover, it is suggested that the party may have reached its peak in public support. Given that the Spanish electoral system is proportional, Spain is likely to end up with either a minority government or a coalition, creating an obstacle for the party to implement all of its policies. This is a further guarantee that Spain is not going to easily turn into Venezuela after this year’s general election.