When the servant rebels against the master 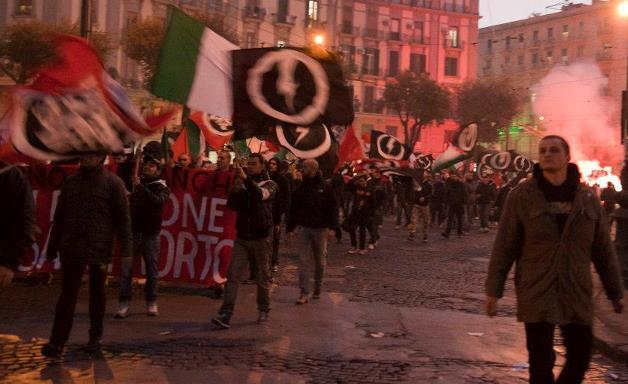 Not many people in the UK understand what true Fascism is. You might find some people in Britain define themselves as such, but some on the British Left often takes advantage of the label, using it against those who, as despicable as they might be, are not fascists at all. I say this because I come from a country where fascism has a prominent past and where fascists continue to seek political legitimacy. In 1946 the Movimento Sociale Italiano (Italian Social Movement, MSI) was founded, and until 1994, despite retaining seats in the Parliament, it was kept away from power thanks to the “constitutional arc”, or the anti-fascist consensus that shaped post-war Italian politics. When in 1960 the Christian Democrat Prime Minister Tambroni formed a government with the external support of the MSI, violent protests broke out in the main Italian cities and after 6 months of pressure within Tambroni’s party itself, the cabinet fell.

In 1994, the rise of Silvio Berlusconi brought about the first properly right-wing government of post-war in Italy. Berlusconi’s coalition, “La casa delle Liberta’ ” (or “the house of liberties”) included the post-fascist “Alleanza Nazionale”, i.e. the moderate rebrand of the MSI, led by Gianfranco Fini. Since then, Italian Neo-fascists have used patronage links with prominent officials within the established right; in exchange for electoral favours they were granted absolute impunity all over the country. Not a single constituency, since Berlusconi took power in 1994, has remained untainted by Neo-fascist violence. Neo-fascists took control of football terraces, most prominently in the capital Rome. Many exponents of the far-right, at the local level, have enjoyed the benefit of the mainstream Right by serving as councillors and thus making money that benefitted their “extra-parliamentary” political activity. This reached an apex in 2003, when the Neo-fascist organisation Casapound was founded by Gianluca Iannone and Gabriele Adinolfi, the latter with a past involvement in the Italian “Anni di Piombo” (“years of lead”, when political conflict escalated into terrorism), in the ranks of the far right group “Terza Posizione”. This organisation, until recent years, received tacit or sometimes public support from elements within Berlusconi’s “Freedom of People” party, which transformed the former coalition of the right into a single organisation. In Rome, former mayor Gianni Alemanno (himself involved in far-right politics in the 1980s) relied on Casapound’s support for its electoral campaign in 2008 and in 2011 went as far as buying for them the building they illegally seized in 2003, valued at 11 million euro. His son, in the meantime, became a member of the organisation and was allegedly involved in several attacks on left-wing activists between 2010 and 2013.

This patronage relationship between the Neo-fascists and the mainstream Right may have been broken forever when Silvio Berlusconi stood down as a prime minister in 2011, and the mainstream Right coalesced with the centre-left Partito Democratico in the following cabinets. In 2013, Casapound contested the national election on its own and scored below the 1% on an anti-austerity and anti-EU platform. Despite this disentanglement, unpunished and unchecked street violence continued, with random attacks on left-wing individuals, especially in the capital Rome. Politically, Casapound was quiescent until 2014, when the Northern-League, a previously autonomist party with a history in politics of alliances with Berlusconi, was taken over by Matteo Salvini, representing the most racist and populist current of the party itself. Indeed, Casapound supported the Northern-League in the last European Elections and helped them arrange their campaign in central and southern constituencies where the north-based party was less likely to score high due to its record of backlashes against Southern Italian people. From austerity politics, now the political target had mainly become immigrants. Nowadays, two members of Casapound, Mauro Antonini and Davide Di Stefano, work as assistants to the Northern League MEP Mario Borghezio. 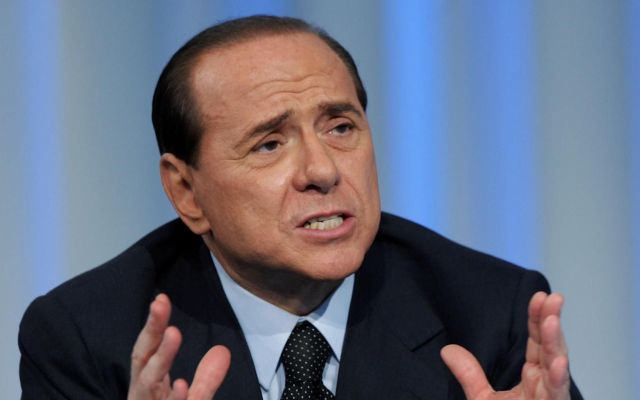 Berlusconi helped to bring Italian fascists closer to power; they have started to outgrow this alliance with the centre-right

The difference between the old Right-fascist relations, and this new alliance, is one, and stark: the former relied on patronage and mutual benefits; the latter is a relation inter pares, where Casapound’s support has been pivotal in the establishment of the new extreme right platform launched last 28th February in Rome’s Piazza del Popolo, with the participation of Berlusconi’s most extreme former supporters as well. The demonstration had around 100,000 participants. When the leader of Casapound, Simone Di Stefano, was asked about his fascist credentials, he replied “For Matteo (Salvini) it isn’t a problem”. The demo was attended by some Greek activists from Golden Dawn, as documented by the Italian liberal daily “La Repubblica”.

Now, Casapound has given full endorsement to Salvini: the servant of the moderate Right has now emancipated itself from its master. As the fortunes of Mr. Berlusconi faded away, the extreme right directly conquered a bit of the political stage proper, and stopped relying on the old patronage relationship. With economic and political strength, it has sought and found new partners in the revitalised, more bigoted than ever Northern League. Supporters that came to Rome for the first national show of this platform broadly chanted racist slogans and occasionally displayed banners and placards comparing Matteo Salvini (who remains the leader of this broad coalition) to Mussolini in a positive light. Despite the antifascist opposition rally (whose attendance went well beyond expectations), the Italian Left is fragmented, grappling both against Renzi’s neoliberal rebranding of the PD, and the far-right violence. The mainstream Left, since 2011, has followed the trend of its European equivalents, espousing austerity politics. When asked about the show of strength in Rome from the far-right, PD MPs have so far tended to dismiss it. In the meantime, polls show the Northern-League has up to 9%, and Renzi’s consensus, at 40% in the last European election, is slowly eroding.