Trump’s behaviour caused the Mueller Investigation. It is imperative for his re-election that he rebuilds bridges 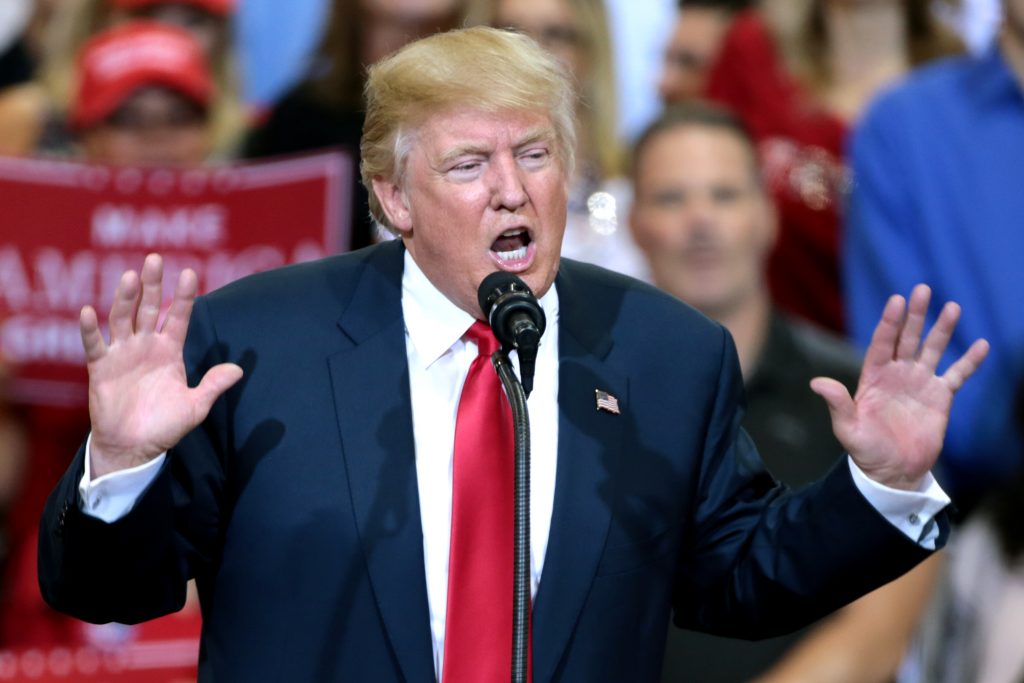 Trump at a rally for the 2016 elections in Phoenix, Arizona.
Image source: Gage Skidmore (via Wikipedia)

On March 24th, the US Attorney General submitted his summary of the Mueller Report to Congress. In short, it cleared President Trump of all wrongdoing stating that “the Special Counsel’s investigation did not find that the Trump campaign or anyone associated with it conspired or coordinated with Russia in its efforts to influence the 2016 U.S. presidential election” in regards to the charge of obstruction of justice. However, questions remain. Although Trump was cleared of wrongdoing in regards to collusion, the summary, citing the report, stated that: “while this report does not conclude that the President committed a crime, it also does not exonerate him” in regards to the charge of obstruction of justice.

The Democrats and the Republicans will fight a media war over how this summary and the report in full, if it is released, are interpreted by the American public. However, one fact is clear: Trump’s own reckless behaviour was the cause of this now-ended investigation. Even though it might now seem an eternity ago, it was only 9 May 2017 that Trump fired James Comey, the then FBI Director. The fallout from the shock dismissal of Comey prompted Rodenstein, the then Acting Attorney General, to appoint Mr Mueller as Special Counsel.

However, this wasn’t the first time that Trump acted suspiciously or recklessly. His campaign and early Administration acted more like a mob gang than a presumptive Presidential Administration. Two examples are Trump’s call on live television for Russia’s assistance and the silencing of pornstars and models who had affairs with Mr Trump by the method of payoffs. The result of which has been the sentencing of Mr Trump’s former personal attorney, Mr Cohen, to a term of incarceration.  Those are just a few examples but more occurred during the campaign and early Administration leading up to the appointment of Mueller as Special Counsel. All of which, in part or whole, contributed to the sense that Trump was doing something suspicious, even possibly criminal.

This recklessness and immorality is not something which is surprising to anyone who knows Mr Trump’s history. His father wasn’t exactly a moral person himself and over the years he has surrounded himself with some of the worst examples of humanity possible, including Roy Cohn, assistant to McCarthy during the Second Red Scare and chief proponent of the Lavender scare while being homosexual himself. In a cruel sense of irony, he died of AIDS-related complications while still in the closet and still insisting vehemently he wasn’t a homosexual.

But now the investigation is over and Mr Trump looks forward to his re-election campaign in 2020. He has a good number of advantages over any Democrat Nominee – he has the White House and the media influence that comes from it, the economy (for the time being) is good and now, after the ending of the Mueller Investigation, there are fewer clouds hanging over his head as he goes into the 2020 General Election.

While Mr Trump has a lot of elements in his favour, one aspect of his personality could ruin it: his pettiness. This manifests itself most clearly with the mainstream media who he blames for his troubles and lambasts as ‘Fake News’. He attacks the press perpetually via his Twitter and generally. This attack rallies his ever-loyal base but from outside the rose-tinted goggles of his base, it just comes across like what it is: pure and simple pettiness. Does the mainstream media get things wrong sometimes? Absolutely, however, not to the extent and degree which Mr Trump states every day.

Mr Trump’s pettiness and spite will be his downfall but I don’t think any action or consequence will change his personality, considering that he has been alive for 72 years and according to most sources he has had the same personality pitfalls for all his life. However, it would be wise for him to repair relations with the mainstream media and the press in general.

Public relations are important to any campaign on any issue, especially a re-election campaign for the Presidency of the United States. Good media relations can and would assist him in achieving his goal of a second term in office. However, one cannot predict he would do such an action because, in his petty and narcissistic mind,  he wants the press to suffer for their supposed role in the Mueller Investigation, despite evidence to the contrary.

That is just one of the ways he could improve his likability factor with those who are not his devoted fans. Other ways could be actions such as stopping the trade war with the PRC, being more compassionate but remaining stern with immigrants and realising that acting like the Don in the Godfather movie series is sure to attract negative attention and even investigations.

The primary issue with Trump’s electability is that although his base loves him, a lot of other people, including independents, think he is not a good President. The only way for Mr. Trump to ensure victory in 2020 is to expand his base and incorporate right-leaning independents and former Republicans who left the party due to their disagreements with the attitudes, policies and general demeanour of Trump and Trumpism.

It’s not like the Democrats, who are engulfed in a hard-fought battle over the ideology of their own part, have an easy road ahead of them, but each mistake by Trump and his Republican Party will assist them. Therefore, if Trump and Republicans want to win, they have to realise that the worst policies and excesses of Trumpism are not conducive to voter support. The logical conclusion is that Trumpism has to be tamed in order for Trump, his party and the right-leaning populace to remain in power till 2024. Otherwise, it may cost Trump his re-election.