The Worst Violence in the George Floyd Protests

CW: this article discusses police brutality and contains some links to upsetting footage.

For the last week, the US has seemed to be on fire, and reports of violence rapidly escalating at protests seem inescapable. Many reports depict the violence as being initiated by protesters or coming from both sides, but some of the worst violence at the protests in the wake of George Floyd’s death at the hands of Minneapolis policeman Derek Chauvin and three other policemen has been initiated by police themselves.

At this point, David McAtee in Louisville, Kentucky, has died after police opened fire on the demonstrations. Many more are severely injured after nearly a week of protests which began in Minneapolis. In Brooklyn, police cars drove into a crowd of protesters in an act of outright police violence. In many more cities, protesters have been tear-gassed, beaten up with batons, and shot at with rubber bullets, even when being peaceful. It’s vital to note that violent protests are in the minority–most citizens who have taken to the streets to demonstrate against police brutality have done so peacefully in a lawful exercise of their First Amendment rights. Yet the police has disproportionately responded with physical violence, going as far as allegedly spraying mace on a child’s face while covering up their identities. 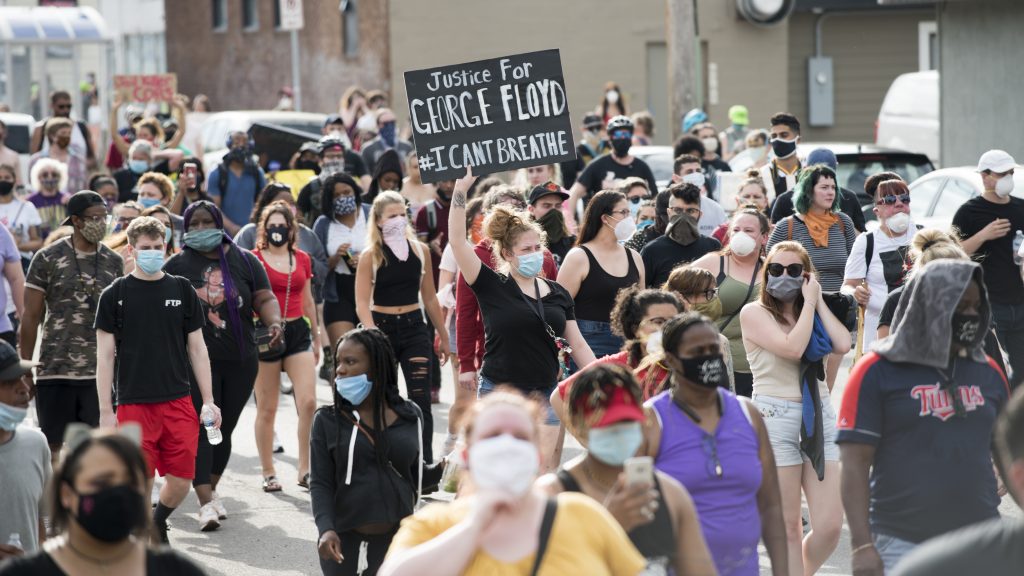 What is even more disturbing is that protestors have not been the sole target of police violence. Journalists have been disproportionately targeted, even while wearing press passes and carrying equipment. At least one has suffered severe facial injuries, with photojournalist Linda Tirado having been permanently partially blinded by a rubber bullet in what could have been a career-ending injury. CNN journalist Omar Jimenez was arrested while reporting on the protests in Minneapolis on live television (while his white co-worker who was also on the scene was let go). Even the Geneva Convention, which specifies that medical stations are not to ever be attacked during conflict, seems to have been flouted as police in Minneapolis targeted a medical tent and shot rubber bullets at nurses caring for injured protestors.

The irony of police brutality escalating at protests against police brutality against unarmed citizens is staggering. The vast majority of the protests at hand were deliberately organized as peaceful protests, and this has been reflected in the behaviour of the many of the attendees. The events of the past week are a symptom of years of the wide failure of the US government to rein in the abuses of police forces throughout the country. They have been worsened by the violent language of President Donald Trump’s statements on the protests, echoing the words of segregationists in the 1960s and urging the police to act more brutally. When members of the police are literally getting away with murder unless the international community mobilises, it means it is time to reform an institution that claims to serve and protect citizens if it is to properly achieve this goal.