The Spanish Elections and the Left 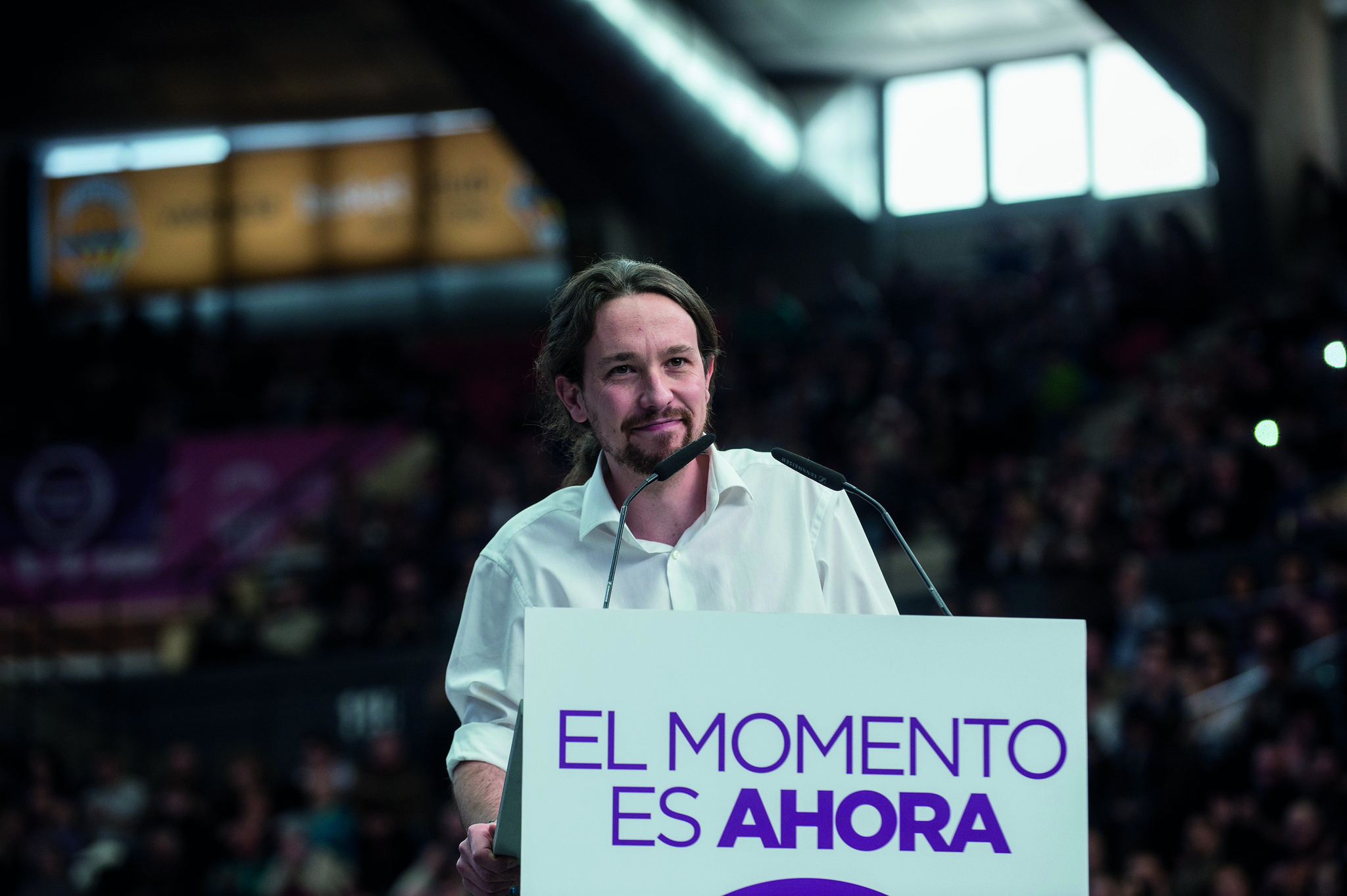 Pablo Iglesias, the Secretary-General of Podemos

As the campaign begins in earnest in Spain, the December 20th election has already been described as the most unpredictable since 1975. The current Prime Minister and leader of the conservative People’s Party, Mariano Rajoy, faces a tough fight to remain in office; latest polls suggest his party will secure 128 seats, significantly short of the 176 needed for a majority. The centrist/centre-right Ciudadanos Party, the Socialists (PSOE), and the radical-leftists Podemos all stand to take a substantial number of seats. Catalan and Basque separatism also shows little sign of abating; a centre-right party and the far-left Popular Unity Candidacy together won a majority of seats in regional elections in Catalonia recently.

Spain’s duopolistic politics appears to be in crisis. In process familiar across Europe, the traditional Spanish centre-left had the coherence of their pro-market position undermined by the severity of the economic slump; PSOE’s predicament is not as stark as that of the Greek centre-left PASOK, but is identifiably part of the same phenomenon. A conflict between maintaining an ideological commitment to equality and compromise with an irresistible neoliberalism is likely to continue to be the central issue facing the European left. In Spain, PSOE’s position is unenviable. The election this month will see them facing another spell in opposition, or else having to choose between compromise with either Ciudadanos or the radical left in an attempt to create a viable government.

Podemos, like Syriza, have challenged a traditional left from a radical position. Formed in 2014, Podemos capitalised on the rage of the indignados, the disaffected and usually youthful Spaniards that began a campaign of protest in 2011. Utilising a time-honoured populist strategy, Podemos attempted to establish an ‘antagonistic frontier’ between the people and ‘the caste,’ the Spanish elite. Pablo Iglesias, their pony-tailed leader, combined talk-show appearances with a defined strategy supplemented with intelligent gestures. He gave King Felipe VI a Game of Thrones box-set, a ‘plebeian gesture’ (Pablo Iglesias, New Left Review 2/93) that was also meant to convey the fragility of the monarchy, if the people decided against it.

For all their ‘new politics’ – Podemos candidates are chosen through open primaries where the voting is done online – momentum has stalled. Damaged by their effective number three being embroiled in a tax-scandal, and toning down their semi-Bolivarian rhetoric as the election has approached, Greece has also had an impact. Whether or not the treatment of Syriza was meant as a lesson for Spain, the message that there is no alternative to austerity has perhaps influenced the Spanish electorate: the latest poll depicts Podemos obtaining 25 seats, a decent showing for a party less than two years old, but not as strong as might have been hoped at the peak of their appeal.

Whatever the outcome, the December elections will be a pivotal moment for Spanish democracy. The two-party system that has dominated since the death of Franco will be placed under huge strain, with a coalition government of some form the most likely option. As the duopoly of the main parties meets a severe challenge, all parties face realignment, a hazardous attempt to secure their own political space. The left faces difficult decisions: the remaining radicalism of Podemos could abruptly collide with the reality of coalition politics, or, perhaps more likely, will need to adapt to being one of several left-wing parties in opposition. The result may prove crucial to the future of Spanish politics.