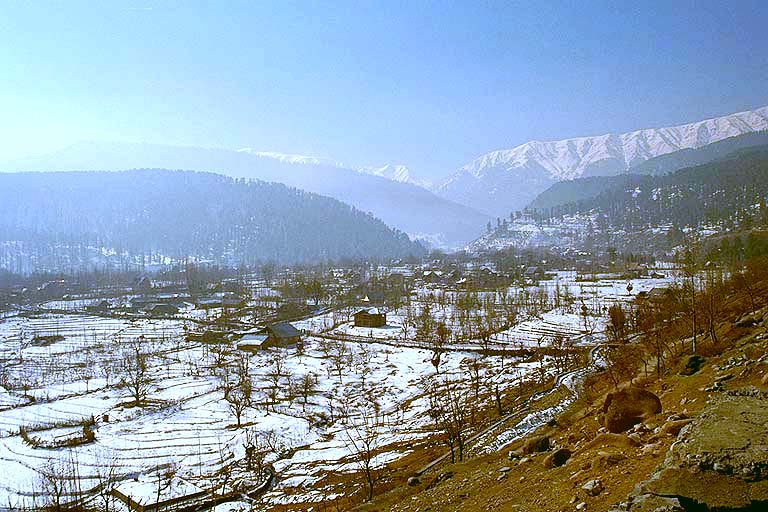 The general discourse around the Kashmir issue is dominated by narratives that place a heavy focus on the needs of India and Pakistan and their right to the region. Historically, the contestation over the Kashmir and Jammu has always been over which country the region would accede to. This two-state dispute was also reinforced by the international community when the UN discussed a possibility of a plebiscite that would allow the people of the region to determine what nation they would be a part of.  Although this never came into fruition, the issue over Kashmir has still revolved around the belonging of the region to either India or Pakistan. This has led to a complete dismissal of a third option that was the most desired outcome for the people of Kashmir: independence of the region. Independence of a landlocked region between three regional powers (India, China and Pakistan) can lead to obvious problems but when looking at the history of the region it can be argued that it was predisposed towards independence. However, the current situation has led to conflict between two nuclear powers whose domestic situation reflect an increase in hostility towards one another and therefore other avenues must be acknowledged and explored.

Kashmir and Jammu was a princely state under the British rule which meant that they were independent and had a ruler: Maharaja Hari Singh. The Maharaja chose to accede to India when the British rule of the subcontinent ended and this is where the basis of the Indian claim to Kashmir comes from. India view the Pakistani takeover of Azad Kashmir region as illegal and done through violent means and therefore use this as a rationale for the presence of troops in the area. Pakistan claims that the rule of the Maharaja was not legitimate due to his tyrannical rule of the population which comprised of a large Muslim majority. Pakistan believe that the people of Kashmir should get to decide their fate but do not acknowledge the third option of independence as an option. This is due to the fact that Pakistan is confident that a region with a majority Muslim population is likely to accede to them and this suits the best interest of the country. An Indian Kashmir is also detrimental to the founding ideology of the country as Pakistan was created because it was believed that Muslims and Hindus could not coexist. Kashmir has become a pawn in the game between Pakistan and India and the people of Kashmir have felt the consequences of this. The people of the region have faced violence at the hands of the Indian state forces as well as violent groups sponsored by Pakistan. This raises the question of whether this level of violence could have been avoided if the option of independence was embraced.

During the years as a princely state, the region of Kashmir and Jammu was ruled independently by a Maharaja. The Muslim majority along with a minority of Hindus and Buddhists lived in relative harmony as religious violence between the groups was minimal. After the British partition, the desire for the self-rule of Kashmir was reflected with the popularity of Sheikh Abdullah and his All Jammu and Kashmir National conference party. The party aimed at creating an independent Kashmir region and was received vastly differently by those in Pakistan and India. India was very uncooperative with Sheikh Abdullah and even imprisoned him multiple times as they believed that India had legal sovereignty over the region due to the Maharaja’s decision to accede. Pakistan on the other hand viewed Abdullah more favourably as despite Abdullah’s emphasis on secularism, they believed that a Muslim dominated state would align themselves with Pakistan.

Despite the popular support for the independence movement within Kashmir, it failed to materialise into anything. One of the reasons for this was the fact that India believed they had the legal right to the region and therefore were uncooperative with the United Nations. India refused to be put on equal footing as they believed that Pakistan had no claim to the region. Pakistan had also aided militants in capturing the area known as “Azad Kashmir” which is now under Pakistani administration. This led to a situation where India were placing soldiers within the Kashmir valley and using the militancy supported by Pakistan in the region as justification. This was detrimental to the independence movement as political freedom was severely curtailed with the presence of Indian troops in the region. Furthermore, the death of Sheikh Abdullah and the failure of his son Farooq Abdullah to further the independence cause meant that more of the Kashmiri people were disenfranchised with the cause. This has been disastrous as without the option for a moderate solution, some members of the population have turned to endorse either Pakistan or India which as led to increased tensions amongst the population. Therefore, this raises the question if the region would have been more stable if the third option of independence was embraced and accepted by all involved actors.