Slow and Steady: Economic and Political Reform in Cuba 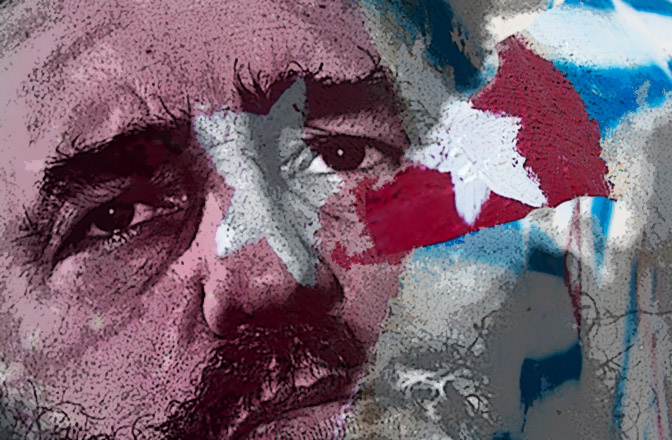 Castro’s Cuba; on the cusp of change?

The United States appears to be on the brink of re-establishing an embassy on Cuban soil. Restoration of full diplomatic relations was agreed last December, amidst the release of prisoners by both countries, and thundering rhetoric from Cold Warriors still in the grip of a half-century old hostility. The old debate around the Castro regime has been revived, with admiration for Cuba’s education and healthcare trading off against pressing concerns about human rights. As Owen Jones pointed out recently, the era of US-backed tyranny in Latin America seems to be over. With the threat of a CIA inspired coup receding, surely Cuba is running out of excuses about a lack of democracy?

Perhaps not. The threat to Cuba and Cubans is not the American military, but global markets. Consensus has it that a free polity is conjoined to a free market. Recent decades have seen multiple countries, enjoying newfound democracy, being subjected to the mass implementation of Chicago School economics, usually at the behest of the IMF and the World Bank. In newly post-communist Poland, despite 60% of the electorate being opposed to industry privatisation, de-nationalisation went ahead, and as late as 2006, 40% of workers under twenty-four remained unemployed. In South Africa, the ANC dropped their radical Freedom Charter in favour of extreme neo-liberalism, and saw the unemployment rate for black South Africans double between 1991 and 2002 (statistics from Naomi Klein, The Shock Doctrine). The combination of recent political emancipation with endemic poverty forces such countries to accept financial aid wherever they can get it; and there is almost always significant, and socially damaging, conditions attached.

This does not imply an apology for the Cuban regime: the dictatorship should end. The government has imprisoned, tortured, and executed opponents, thousands of them, and fading memories of the previous corrupt administration provides weak justification six decades after the overthrow of Batista. Leaving aside horrific abuses of human rights, the political system itself must be seen to unequivocally democratize. Since the announcement of the restoration of US-Cuban relations, signs of fledgling democracy have been thin on the ground, and ambiguous in nature. Up to 53 prisoners have been released, and some protest marches have occurred without the usual police violence and arrests; but at least 3 leading dissidents were detained in December. More crucially, there is little or no indication of a structural transformation of the Cuban polity.

The challenge for Cuba is to establish democracy without being forced into a fire-sale of state assets. Since 2009, elements of the market have been introduced to Cuba, with generally positive results. Farmers have been able to sell some of their produce privately, while Cuban officials estimate that 35% of the work-force now belong to the non-state sector. The recent lifting of travel restrictions is expected to let loose American vacationers, armed with hard currency, into Cuba’s tourist hotspots. These reforms have breathed life into Cuba’s flagging economy, and allowed Cubans a greater degree of personal freedom. Further careful introduction of elements of the market is surely desirable, parallel to the need for democratic reform. The example of Poland and South Africa, however, warns against the rushed and ideologically-driven introduction of unrestricted capitalism.

The threat posed by global capital is real. Economists have identified 1.8 million Cubans employed in the state-sector as ‘unnecessary.’ The cost of social services, around 51% of state expenditure, has come in for heavy criticism. A retirement age of 55 for women and 60 for men is seen as a negative, given that Cuba has the second highest life expectancy in the region, thanks largely to a healthcare system ranked higher than that of most other developing countries. Free education, up to university level, provides another target in the sights of neo-liberal economists. These services compare favourably, often dramatically so, with those on offer in many other parts of Latin America.

Raul Castro, Fidel’s brother and President of Cuba, has claimed the reforms will be carried out ‘without haste, but without pause.’ A cautious approach regarding the economy appears wise. Neo-liberal shock therapy would surely involve the immediate laying off of superfluous workers, followed by the privatisation of education, healthcare and social security, leaving investors free to make huge profits at a high social cost. This forecast is not conjecture. It is exactly what has happened in every comparable situation, from post-Allende Chile to the former Soviet Union, as well as Poland and South African.

And yet reform, economic and political, must take place. The false equation of democracy with unbridled capitalism should be discounted. Market forces have had a beneficial effect on Cuba, and further introduction of elements of capitalism would bring additional stimulation to the economy. Democratic reform is also clearly necessary. Very tentative steps have been made with the release of political prisoners, but this is nowhere near enough. The challenge for the Cuban government is democratize, without falling prey to World Bank and IMF ideologues, proffering loans with unregulated free-market strings attached. Slowly but surely may be the best way forward.