Will Guy in Current Affairs Environment World Affairs on 18 October, 2020.

‘The Grand Ethiopian Renaissance Dam’ (or ‘Gerd’, for short) – quite a title for such an unsightly lump of concrete. Nonetheless, it’s been causing more than a splash since its foundations were plunged deep into the Blue Nile back in 2011. A $4.8bn project, the dam is drowning hopes of a peaceful solution to the first (but surely not the last) serious ‘water war’ of this century, as climate-stricken states vie for control of the world’s rivers.

If by “Renaissance” the Ethiopians mean renewing familiar feuds with their neighbours, then they could hardly have chosen a more suitable name. Both Sudan and Egypt were tangled up in historic internal crises when Ethiopia decided to begin construction nine years ago. The former was still reeling from South Sudan’s declaration of independence that year, while the latter faced a torrent of revolutionary fervour as the infamous ‘Arab Spring’ took hold. Far from a cooperative start…

As major downstream stakeholders in the Nile’s resources, the two countries have posed legitimate concerns over what the dam might mean for their long-term future. Not only is the river crucial to keeping Egypt’s economy afloat, but the Gerd might conceivably overwhelm Sudan’s own dams if mismanaged.

On the other hand, Addis Ababa proclaims that the dam would drench the region in vital hydroelectric power. Sudan is among the prime candidates set to benefit, with the dam sitting just nine miles east of its border with Ethiopia. Even more significantly for Sudan, the Gerd could signal the end of their catastrophic seasonal floods, which tragically claimed over 100 lives and affected 800,000 others this year alone. In truth, the real friction lies between the two riparian heavyweights: Egypt and Ethiopia.

So, with completion of the project now on the horizon, which issues remain unresolved? Surprisingly, there are only two – although they’ve proved major sticking points.

First, the states are yet to agree on an “appropriate coordination mechanism”, as set out in the 2015 Declaration of Principles. The glaring absence of this provision is fanning the flames of discord as Ethiopia presses ahead with filling its colossal new reservoir. Ensuring that proper communication channels are in place will be fundamental to maintaining peace during the dam’s precarious final stages.

The second missing piece of the puzzle relates to a mechanism for dispute resolution. While the UN Convention on these matters provides for independent mediation, Ethiopia insists that potential disputes should be referred to their own Heads of State in order to retain regional control over the dam. Needless to say, negotiations over these issues are ongoing.

As you might expect, however, that’s far from the whole story. In the latest and most intriguing episode of this nearly decade-old dispute, Ethiopian Prime Minister, Abiy Ahmed, banned all flights over his precious venture, citing the possibility of attack from external forces.

While we must be careful not to draw hasty conclusions, the move proves beyond doubt Ethiopia’s determination to go toe-to-toe with Egypt over its dam. If the Nile did turn hot, one doubts that the government in Addis Ababa would be the first ones rushing to douse the flames. But where is Ethiopia’s confidence – almost bullishness – coming from?

The answer may lie somewhere in Beijing. China’s presence in the Horn nation and across the African continent has grown rapidly in recent years, notably through their involvement with the African Union’s space programme. This continent-wide initiative recently saw the second of twelve planned Ethiopian satellites launch from China.

It’s difficult to ignore Chinese fingerprints on the Gerd, too. The monumental structure undoubtedly resembles some of the other massive infrastructure projects for which the People’s Republic are renowned, not least the ‘Three Gorges Dam’ in central China.

Ethiopia, like Egypt, is purportedly a US ally – but does its brinkmanship point to Chinese assurances of support? The American reaction would suggest so. Trump has already cut $100m in aid to Ethiopia over its dispute with Egypt and may do worse if the situation fails to improve. Having been unable to broker a deal themselves, is Washington resorting to economic muscle in the face of a rising tide of Chinese influence across Africa? 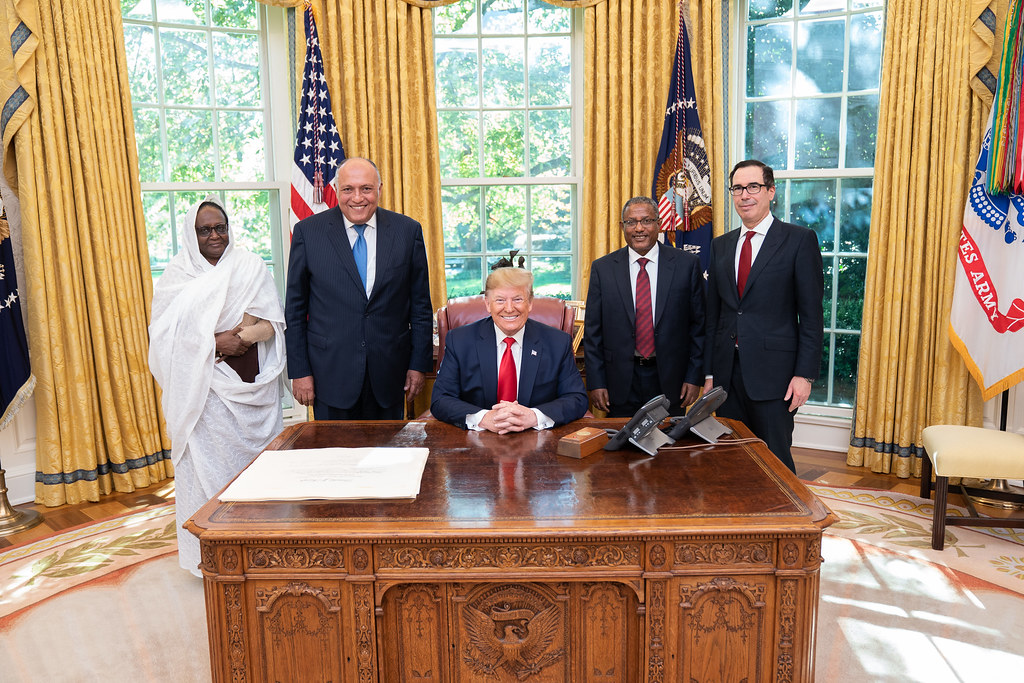 Before we submerge ourselves in ‘new Cold War’ rhetoric, however, we cannot afford to forget about ‘the little guy’. Just as in Yemen, Syria and multiple other conflict arenas around the world and in history, when big power politics come into play the average civilian tends to get caught in the middle, often with disastrous consequences. With the African Union now arbitrating proceedings, one hopes they will consider those whose livelihoods hinge on the outcome of discussions: from Sudanese pastoralists whose homes are constantly at risk of flooding; to Egyptian farmers whose income relies on a developed irrigation system; to the millions of Ethiopian workers with no access to electricity.

Difficult decisions will have to be made in the coming weeks as the problem of the ‘Grand Renaissance Dam’ continues to frustrate those in the halls of power. Let us hope African citizens are not the ones left behind.

Read Part II by The Bubble’s Environment section editor for more details on the environmental implications of this conflict.