Will Guy in Current Affairs World Affairs on 1 November, 2020. 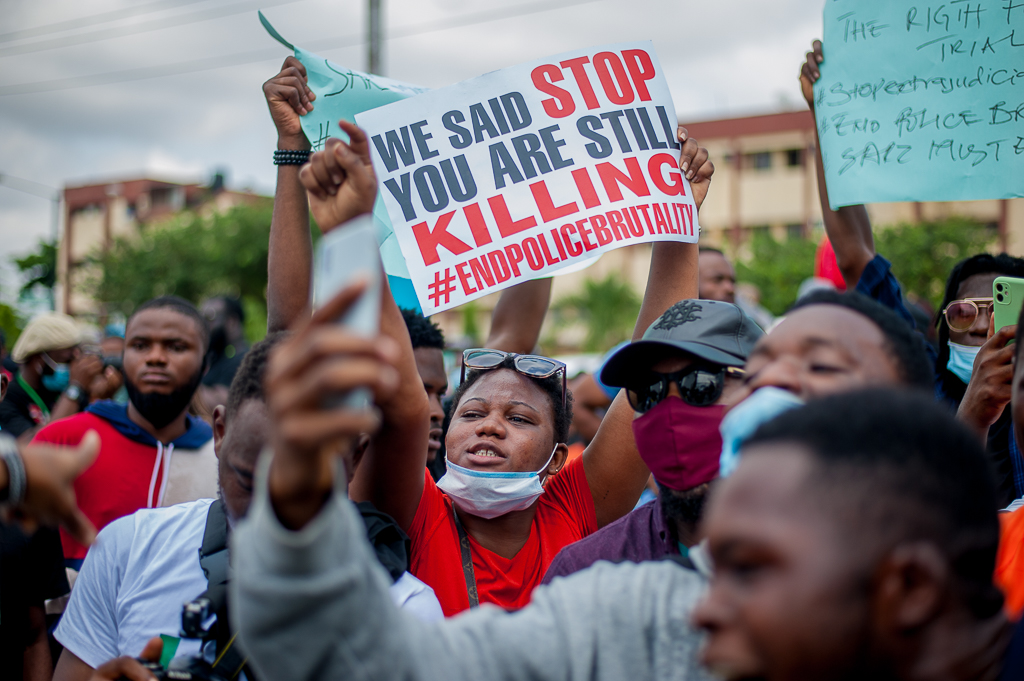 In a month that marks sixty years since Nigeria’s independence, fervent demonstrations across the west African state have dominated headlines. Initially directed against the Special Anti-Robbery Squad (Sars) – a police unit that ended up turning into the type of criminal organisation it was designed to stop – the protests gripping many of the country’s urban centres have grown to represent far more than opposition to systemic police brutality. Following President Buhari’s dissolution of Sars, young Nigerians now feel emboldened to tackle the many other maladies plaguing their country: from top-level corruption and weak governance, to mass unemployment and paltry higher education opportunities.

These deaths are the result of supposedly non-violent protests, and yet they are hardly surprising to today’s reader. But, why is participating in protest now considered a potentially suicidal act?

Although it is difficult to draw truisms on a global scale, by taking a step back from the demonstrations we can at least begin to explain the Nigerian situation. Isolated for media purposes, the protests represent just a single snapshot within a much wider panorama of ongoing conflict and disorder right across the country, an awareness of which is essential to understanding why #EndSars has turned violent.

Boko Haram continues to be a very real threat to states right across west Africa, but its menace is felt most acutely in Nigeria. If you don’t recall the name, this is the same organisation that kidnapped 276 schoolgirls back in 2014 as part of a jihadist reaction against what the group sees as the invasive Western practice of female education. Notably, 112 of those girls are still missing, and they are far from the only victims to have suffered at the hands of Boko Haram. Extortion and kidnappings continue unabated despite efforts from the Nigerian government to counteract the insurgents.

Looking even further back, it is easily forgotten that Biafra, an oil-rich region on Nigeria’s Atlantic coastline, has been fighting for secession ever since the country itself came into existence. The so-called Biafran War of the late 1960s – fuelled by both ethnic antagonisms and meddling foreign powers – killed not only tens of thousands of troops on both sides of the civil war, but also millions of ordinary civilians in the resulting famine. Although the war itself ended in 1970, the sentiments that led Biafrans to secede in the first place have never disappeared. Biafra continues its vehement calls for independence, just as the Abuja government continues to try and hold the country together.

So, what do these conflicts have to do with the #EndSars protest movement? Well, in effect, they show that the Nigerian government has been fighting a war on two fronts for years, if not decades. As the demonstrations grow in size and strength, President Buhari now faces a crippling third battleground. Unfortunately for him, he is losing on all three.

Both Nigeria’s police and its military are trained to counteract Islamic extremism, not to oversee mass protests. When they are deployed, they are prepared to kill or be killed. While this does not excuse police actions towards protestors, it goes some way to explaining the death toll. In high-pressure situations, an unrefined and under-funded security force will rely on its survival instincts, which in the case of the Nigerian units have been forged in the campaign against Boko Haram. When a police officer in Nigeria sees a frenzied protestor on the streets of Lagos, he also sees the jihadist that killed his friend and will try to kill him.

Moreover, it is the fear of another Biafran War that drives Abuja to meet these protests with uncompromising force. Needless to say, the acute experiences of mass violence and loss on a national level as a result of the war still influence policy on all sides. Significant indigenous factions in Biafra have been involved in the current demonstrations as an attempt to end federal rule in the region for good. Aware of these separatist elements, the government, reliant on crude oil revenues in Biafra, is more unwilling than ever to let them build momentum. If they did, the protests could signal the disintegration of more than just its Sars division: it’s the Nigerian state itself at risk of collapse.

If there’s anything we’ve learnt from Africa’s seemingly incessant conflicts, it’s that violence breeds violence. Nigeria is no exception, and the #EndSars movement must be viewed as part of a much broader historical picture if we are to comprehend current developments. Beyoncé’s misinformed tweet – which for some unknown reason appealed for food aid to be sent to well-fed, largely middle-class protestors – epitomises our misinformed perspective on these complex African issues. Understanding modern protest movements means delving far deeper into local histories than the episodic story told by the media would suggest.