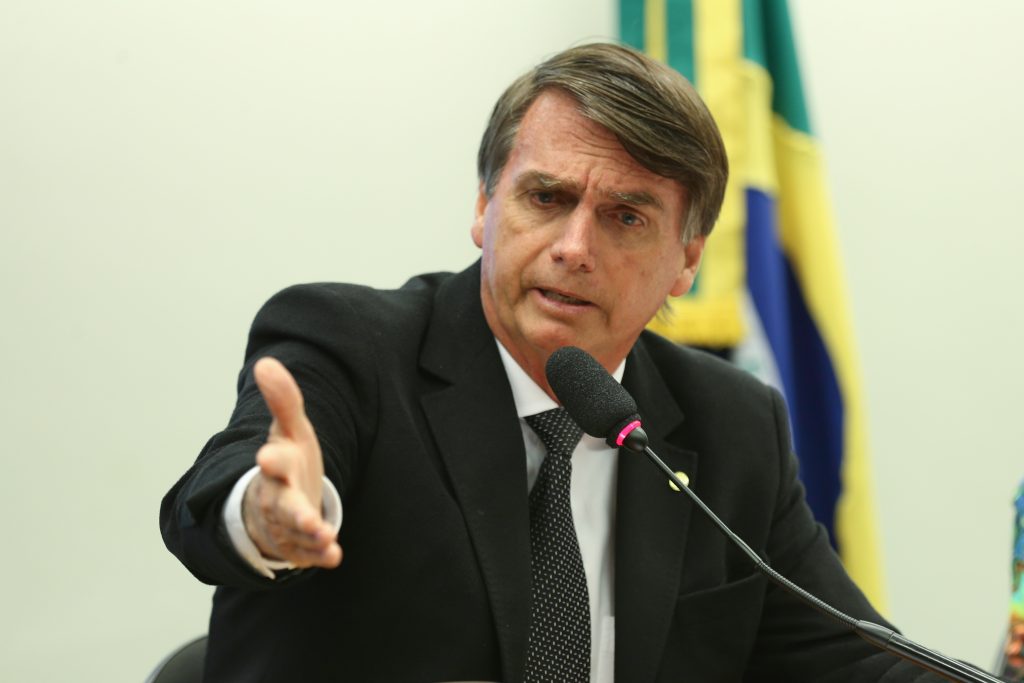 Today, Brazilians will vote in the runoff to elect their next president, in the first election since Dilma Rousseff was impeached in 2016. The favourite is former army commander Jair Bolsonaro, the latest candidate to ride the wave of conservative, right-wing populism that gave the world Donald Trump, Rodrigo Duterte, and Brexit. He was almost elected without a runoff three weeks ago, but, with 46% of the vote, fell short of the 50% threshold he needed. He is expected to obtain around 56% of the vote today. Make no mistake, however: he might be popular, but was he to be elected, it would most likely be a disaster for Brazil and democracy in Latin America as a whole.

Bolsonaro has a long history of being controversial. Earlier this year, he was charged with hate speech which encouraged violence against women, black people, indigenous communities, and the LGBT community. He could face three years in prison, but it may be a long time before he is convicted, as, due to being a member of the Congress, he must be tried before the Supreme Court, which has a long backlog of cases to take to trial. His most outrageous statements include that he would prefer a dead son to a gay one, that Afro-Brazilian residents of quilombolas (traditional Afro-Brazilian communities under legal protection) “do nothing…[they] don’t even manage to procreate anymore,” and that a female lawmaker was “too ugly to be worth raping.” After his first-round victory, over 70 attacks were committed by his supporters in a wave of violence against minorities and progressives. Bolsonaro and his party’s representatives are responsible for inciting and endorsing violence against all those who oppose them. To elect him would be to legitimise and institutionalise the hatred he has spread in the past year.

His open flirtation with authoritarianism is just as worrisome. His running mate, Hamilton Mourao, has suggested he would be open to the army intervening in government and has thrown around the term “autogolpe” (self-coup). Bolsonaro himself has expressed his admiration for the military dictatorship that ruled Brazil from 1964 to 1985, calling it “a period of glory” for the country. He is in favor of allowing the police to shoot more criminals, despite the fact that they shot over 4000 people in 2017. He has threatened to only accept the runoff results if he wins, and to “put a stop to all forms of activism.” Democracy in Brazil is just over a generation old, and its institutions are fragile, having been delegitimized by years of corruption. It is doubtful that they could survive Bolsonaro.

It seems unbelievable, then, that so many Brazilians support Bolsonaro’s candidacy. However, Brazil has been in a state of perpetual crisis for years now. It is facing the longest economic recession in its history, with GDP per capita having fallen by 10% between 2014 and 2016 and unemployment hitting 12%. It is a rich country in terms of resources, but much has been lost to corruption under the rule of the Workers’ Party (PT), whose former leader, Lula da Silva, is serving a 12-year prison sentence for the corruption he participated in during his presidency. After 14 years of the PT, Brazilians are fed up: with the left, with corruption, with the political establishment as a whole. Bolsonaro’s opponent, Fernando Haddad, represents just that, having been hand-picked by Lula after Lula was not allowed to run in the election. According to Latinobarómetro, only 8% of Brazilians trust their government. This is the lowest percentage in the region. To many, a vote for Bolsonaro is a protest vote against an establishment that has let them down over and over, and they either don’t see or willfully ignore that it legitimizes Bolsonaro’s authoritarian and hate-filled rhetoric. 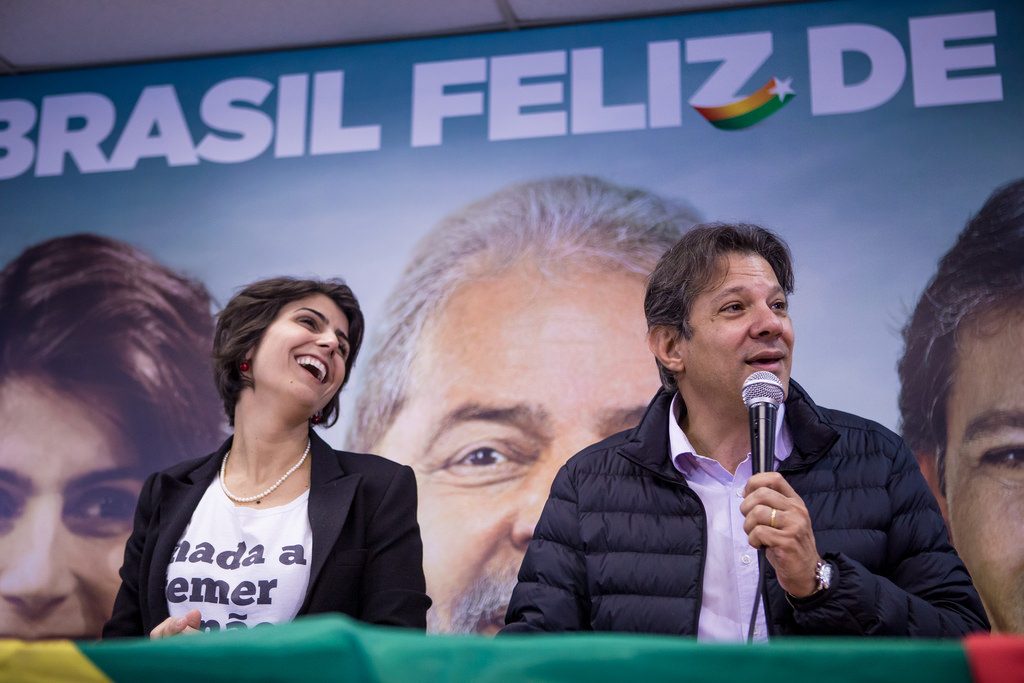 It would be easy to assume that Bolsonaro’s supporters come from less-educated sectors of the population, but it is a false assumption. 43% of Brazilians with college degrees support him. Wealthier Brazilians and businessmen have been lured in by Bolsonaro’s libertarian economic adviser, Paulo Guedes, a graduate of the University of Chicago, who favours reducing taxes and privatisation. Bolsonaro has also obtained a lot of support from Evangelicals, who make up almost 30% of Brazil’s population, due to his conservatism and openly religious campaign slogans. The powerful farming lobby also stands with him, being frustrated with the PT. Bolsonaro has also been helped by the growing violence in Brazil, with over 63,000 murders and over 60,000 rapes having taken place in 2017. 7 Brazilian cities feature in the list of the world’s 20 most violent. 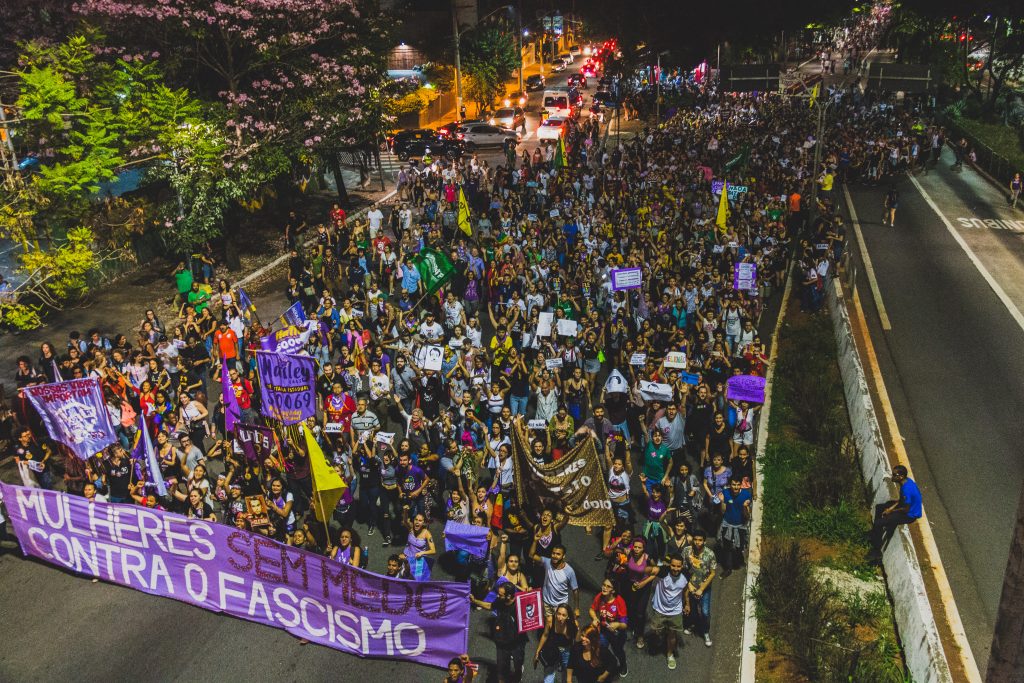 Social media has played an important role in this race. 90% of Brazilians use Whatsapp, and that mode of communication has been vital to the proliferation of support for Bolsonaro. Whatsapp allowed Bolsonaro supporters to spread memes in support of their candidate and false news. Bolsonaro was also the candidate with the strongest social media presence. The opposition to Bolsonaro has also mobilised through social media, using the Twitter hashtag #elenao (#nothim) to organise protests against him. Tonight, we will know if they succeeded.

Brazilians have a crucial choice to make today. If they choose wrongly, it might cost them their system of government and even the lives of members of the minorities Bolsonaro has spent his career threatening. It will be another crisis of democracy in a region that cannot afford one. While Brazil desperately needs reform and change, Bolsonaro is the worst option to provide it. His middle name might be Messias (meaning Messiah in Portuguese), but if he is elected, it will be the opposite of salvation for Brazil.