Italian Regional Elections: why Renzi is the only credible candidate 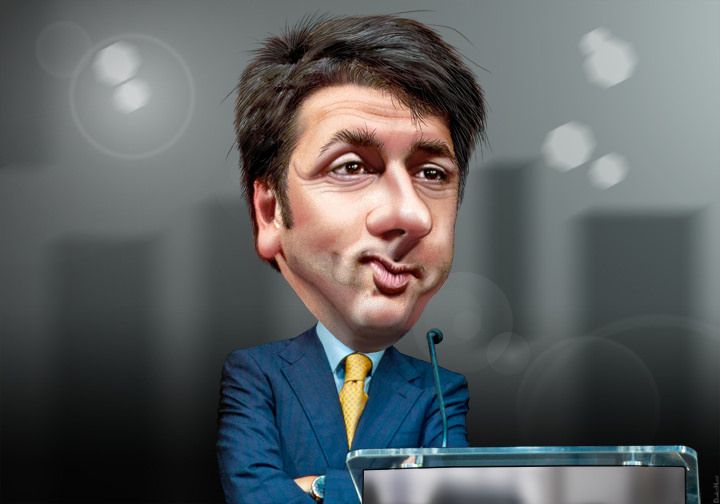 Matteo Renzi: the only option

In the few weeks prior to elections in Tuscany, Liguria, Apulia, Marches and Umbria, Italian PM Renzi had to wind down his initial confidence. Indeed, potential victory in four regions out of seven was portrayed as a “victory” rather than as a blow to his popularity.

Results were better than predicted: five out of seven regions went to Renzi’s Partito Democratico. The centre-right camp won where it was predicted to do so: Liguria and Veneto (in the latter region, the centre-left candidate was even “doubled” by her stronger opponent Luca Zaia). An object of speculation in much of the Italian press that morning was the bare majority the PD won with, especially in Umbria. Moreover, another element considered was the perceived disloyalty to “Renzismo” (Renzi’s supposed ideology) showed by the winning centre-left candidates. In particular, Antonio Polito from the Italian main daily “Corriere della Sera” speculated much on the fact the new Apulia’s governor Emiliano never met Renzi during the electoral campaign. However, Polito himself admits that most local cadres that contested elections were those left from the preceding direction of the Partito Democratico, including the much questioned De Luca in Campania.

From the same newspaper, Pierluigi Battista was quick to point that despite the decline of Renzi’s triumphal march from last year, Berlusconi’s Forza Italia is the real loser: in Liguria, where it gained over the PD, Forza Italia’s Giovanni Toti won thanks to the support of the Lega Nord. This is naturally not enough to justify the PD’s parliamentary party (from the words of the vice-deputy speaker Sereni) to claim “victory”. However, it is not even enough to claim Renzi lost when he clearly won in 5 regions out of 7. So, what has really happened that many people hardly mention?

The Lega Nord is now the main opposing force to Matteo Renzi’s PD: the centre-right camp could not have won in Liguria if it were not for its support (as well as the left-ward split within the PD, whose list secured 10% of the ballot). Veneto does not really account for the general trend, as historically it has been a Lega Nord stronghold. However, even there, Forza Italia by itself would have lost to the PD, partly thanks to the recent centrist split whereby the former “Leghista” (from the Lega Nord, NDR) Venetian governor Fabio Tosi joined Interior Minister Angelino Alfano’s “Nuovo Centro Destra”. Moreover, from Berlusconi’s pasdaran Renato Brunetta to leftwing pollsters, everyone mentions, but does not expand (except for the Messaggero’s Alessandro Campi) on abstention, which involved almost half of the Italian electorate. This is a further decline from last year’s European elections, where 42% did not turn out to vote.

What this means is that most Italians feel disenfranchised from current politics, and that when they are not, it is the extreme right is most efficient at capitalising on dissatisfaction. In some regions, Grillo’s Movimento Cinque Stelle regained a prominent position, and despite last year’s predictions after the European Election defeat, has re-emerged as a strong alternative.

Totally missing from this picture is an alternative to the left of Matteo Renzi, which is why the “Renzismo” still wins: a response to it is tangible, but no actor is able to gather it all. The small lists on the left of the PD have only obtained one major result in Liguria. Nevertheless, what they caused there was the defeat of the centre-left Paita by taking away 10% of the vote. Obviously no one shall blame on them the rise of the far-right. However, if they do not want to be accused of causing damage to the centre-left and letting Matteo Salvini’s Lega Nord win, they should rethink their position: hardly anyone from the among the poorest Italians is keen on the left. Most support comes from a limited part of the Middle-Upper class in medium-sized or large urban areas. In rural regions like Tuscany, the left camp did not even get any seat in the regional assembly. The only region where it did, Liguria, is smaller and far more urbanised.

Renzi’s model is not the best political alternative available. However, in a country where subsequent coalition governments have promoted EU-sponsored austerity policies, a government with a strong middle-class orientation, whose policies partly follow the old path, but largely try to resurrect the only political actor that still deserves the label of class, deserves more praise than hatred. Reform of the job market could be much better, but if Unions were not stubborn in focusing on a hardly relevant matter (the change of the Articolo 18) and rather questioned reductions of pensions, probably Renzi would not now claim Michele Landini (the most prominent leftist Union boss) as an opponent. Indeed, the latter even endorsed his candidacy as PD leader in 2013. Moreover, while anyone on the left spectrum in Italy is ready to speculate on any press-declaration Renzi makes and craft political analysis out of them, Renzi is the first Italian PM who has repeatedly called for a halt to austerity in EU circles. Months ago, when it endorsed the call for reform the Greek vote expressed, the stock-market speculated on Italian bonds and the day after, when advantageous conditions for Greece were frozen by the European Central Bank, Renzi had to retreat from what he had previously said.

Clearly, there is a need for a left-camp to pressure the Prime Minister and steer the course of political events in the right direction, but it now amounts to an inconsistent body of ex-PD lost leaders and very committed leftists with confused ideas. Indeed, the difference between the post-electoral debate in the British Labour Party and the Left-split in Italy is that while the right-wing of the Labour party was coherent to its principles in blaming Miliband for being toothless and too lefty, in Italy, the same endorsers of the Third way in the late 1990s, like former PM Massimo D’Alema, now call for the PD to take a left-wing turn. The first question must be whether there is sincerity in such statements.

Therefore, Renzi might not be the best alternative politically speaking, but the stability his government is trying to give to our country, as well as the complete lack of sensible alternatives to it, should be a good reason to stick to the plan and in the meantime, develop a left-wing camp able to exert effective political pressure.