Is Greece being forced out? 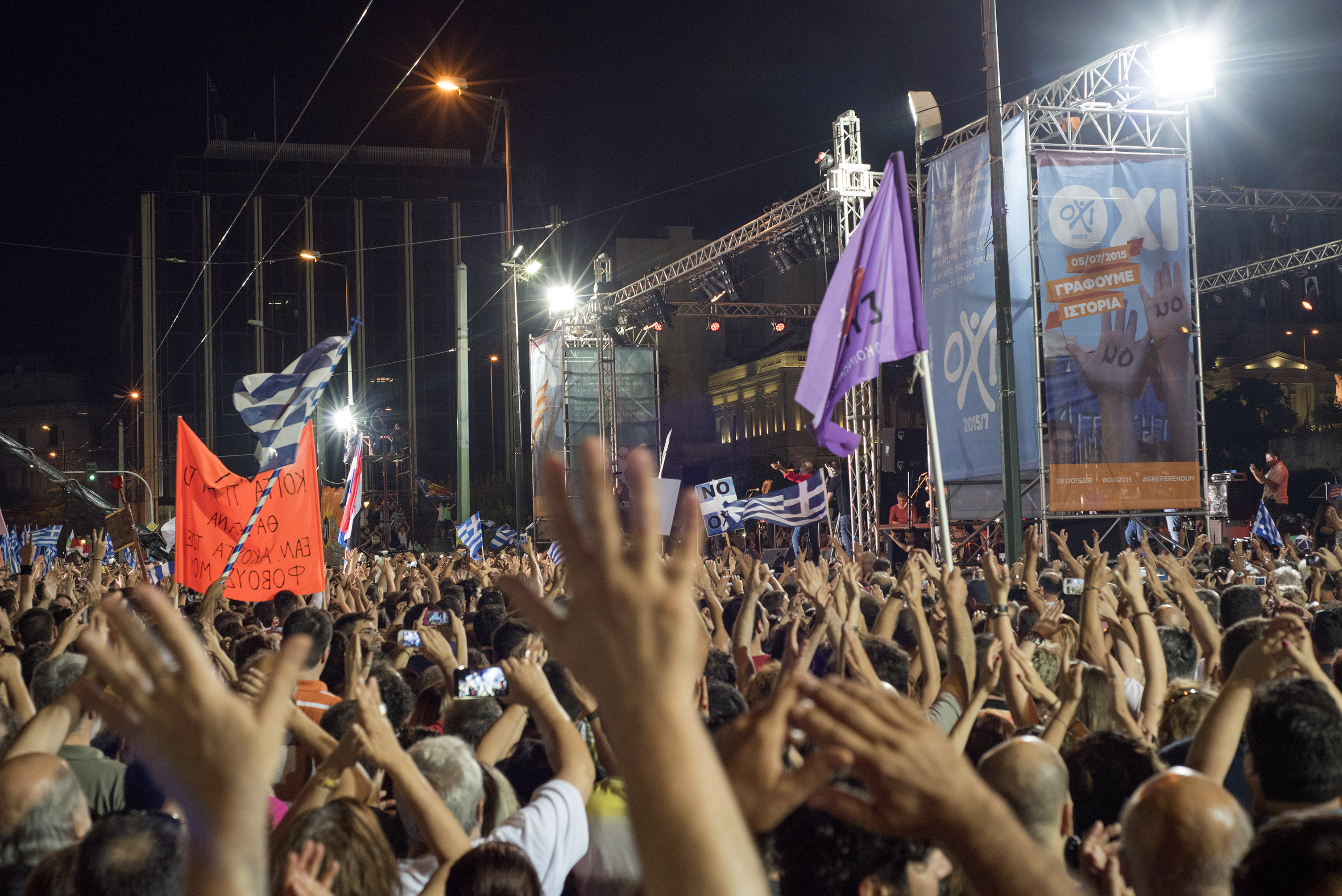 “Based on months of negotiation, my conviction is that the German finance minister [Wolfgang Schäubles] wants Greece to be pushed out of the single currency to put the fear of God into the French and have them accept his model of a disciplinarian eurozone.” These are the words of Yanis Varoufakis, until recently Greece’s (in)famously Marxist finance minister who was asked to resign in the wake of the startling referendum result last Sunday. In a Guardian op-ed, Varoufakis also explained the reasons behind the Greek government’s continual efforts to avoid a ‘Grexit’ – suggesting that such an extended economic crisis would be created that any assets of value would be “liquidated”: sold off and transferred abroad. Varoufakis’s theory, that Schäubles now wants to force Greece out of the Euro, was gaining traction as this article went online: Germany’s persistently hard line in their negotiations, paying apparently no attention whatsoever to the Greek referendum, seemed to be directed increasingly at forcing out either Greece from the Eurozone or Syriza from Greece. But why?

Many interpretations of austerity portray it as a method of enforcing neoliberal doctrine: eliminating debt by rapidly cutting state expenditure is part of a commitment to small-state economic theory, that cuts will enable the more efficient and productive private sector to take over. Others give less credit to EU elites: this is not about doing what they mistakenly feel is in Greece’s best interests, but about subjecting Greece to the same “indefinite debt bondage” as that suffered by the Global South for time immemorial; in this interpretation, the stringent conditions attached to loans are a method by which national assets can be snapped up by predatory multinationals. Steve Waldman, writing in his Interfluidity blog, gives an interpretation similar to the latter: austerity has been a “loan-shark theatre” for electorates in Western Europe. Accompanied, especially in Germany, by a tabloid narrative about the need to stamp out the “laziness” of Greek workers (who in fact work 48% more work hours on average than their German counterparts), the Troika’s mission has been about distracting people from the Western European banking elites who lent knowingly to a “sketchy” state for the sake of profit. The entire concept of “moral hazard” has been inverted: the onus of responsibility is traditionally on the lender. For sure, successive Greek governments pre-Syriza were profligate – as Waldman puts it, they “treated the state like a teat from which clients and friends of electoral victors might suck”. However, we ought to be questioning why bankers ignored these obvious issues and continued to lend money (as we might question the man who weekly brings a bottle of wine to the house of a recovering alcoholic friend, instead of allowing them to sort out their issues).

But why, after five years of using austerity to protect those elite interests, would Schäuble now want to force it out of the Eurozone? Perhaps because the elite narrative is being undermined. The top-down argument has been that only with such “reforms” will Greece be able to pay back its debts, and thus only on condition of these reforms can and should funds be released to the Greek government. Yet last week came the shocking-yet-should-be-obvious revelation that the Troika are themselves in agreement that Greece’s debts simply cannot be repaid: even in the impossible event of 15 years of sustained growth, Greek debt in 2030 would remain at a level classified as “unsustainable”. It is therefore becoming harder and harder for the Troika to justify their position – why would any reasonable Greek government accept these stringent ‘reform conditions’, when there is no hope of them actually working? Well, currently, Syriza are being effectively forced to accept these conditions (against the will of their public) as a day-to-day solution to their banks’ utter lack of cash: if banks in Greece have no cash to hand out, the people of Greece have no way to access their savings, something which obviously stimulates mass discontent and forces the government to accept any conditions which permit a new injection of Euros. But calls for debt relief, the forgiving of debts by the Troika, have been rising in volume, coming even from places as exotic as Washington D.C. However, if Greece is granted debt relief within the Eurozone, elites fear this will lead others to demand the same. The Germans could be theorising that, although a Grexit (the alternative method by which Greece can clear its debts) will harm bankers with assets in Greece, a post-Grexit Greek economic collapse will prevent others from challenging the austerity which protects the banking elite in general. This seems to be Varoufakis’s theory. Within Greece and around Europe there has been increasing resistance from the victims of austerity – young people, around 50% of whom are unemployed in Greece, made up the majority of ‘No’ voters in the referendum. Perhaps Schäubles and his allies know that if they force Greece out, its ensuing economic crisis will be such that other movements, such as Podemos (‘We can’) in Spain, will lose popularity. After all, a similar devastation has befallen other countries pursuing the Troika’s austerity agenda: young people in Ireland have suffered so badly that one in seven has emigrated. With an Irish election less than a year away, and elections also approaching in similarly damaged Spain and Portugal, we have yet to see whether Syriza’s victory will be a unique occurrence; a Greece in turmoil could certainly make it turn out that way.

As mentioned at the start of the article, Varoufakis’s fear is that the economic turmoil generated by a Grexit would bring about mass capital flight from Greece – when all economic assets are shifted out of the country. Some on the Left of his party posit nationalisation and public control as a solution, perceiving betrayal in the way this measure has been ignored by most of Syriza’s leadership in favour of retaining capitalist modes of ownership. While it is unclear whether Syriza have a mandate for nationalisation as they do for ending austerity, this might eventually be one of the few options left for a government seeking to restore popular sovereignty. At present, Greek leader Alexis Tsipras is trying to make concessions in return for a new injection of cash – yet his statement “everything else in its own time” implies this is not the end of Syriza’s mission to remove austerity.

In the meantime, Europe is “dividing between the north and the south, and the young and the old“. Austerity has seen Greece’s economy shrink by nearly 30% since the 2008 crisis, an estimated one million jobs disappear, and kept roughly 25% of the population unemployed, while public sector pay has been frozen, and the minimum wage actually slashed. It is obviously not ideal for Greece to persist with these policies, imposed from the outside, while pursuing debt which everyone knows will never be paid off: it brings to mind the concept of Odious Debt. As Thomas Sankara said of Odious Debt, “”if we do not pay, the capital lenders will not die; if we pay, we will die”. But the problem for Greece, as Wolfgang Schäubles must know, is that the only way to walk away from their odious debts at present is through a Grexit – the economic equivalent of base jumping into an unexplored abyss.