Is an ASEAN response lost among the floodwaters? 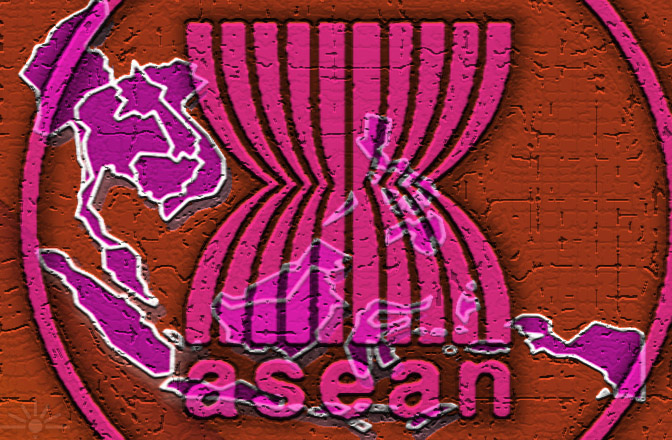 The welcome sign to the town of Kalay is almost completely submerged under brown, brackish water. The recent floods, some of the worst in recent memory, have led to thousands being displaced, with rescue efforts being hindered by inaccessibility, caused primarily by landslides in Chin State. Officially at 27, the death toll has been predicted to climb much higher, with many more people still missing. Moreover, over a hundred thousand acres of farmland (three times the size of Doha) have been destroyed or damaged, which in the long run devastates already struggling families.
Blaming has been swift, with the majority critical of the government’s sluggish response to the crisis, in particular the Ministry of Social Welfare, Relief and Resettlement (MSWRR). It has been the Defense Forces and volunteers that have been at the forefront of relief efforts.

Taking a 360 degree view of the crisis has revealed a conspicuously missing actor: the great Association of Southeast Asian Nations (ASEAN). Yes, where is the world’s most advanced regional organization bar the EU? Where is the body that ‘represents the collective interests of Southeast Asia?’ Where is ASEAN?
It is not because of a lack of mechanism, nor experience. The ASEAN Humanitarian Assistance Centre (AHA) was established in 2011 with the aim of strengthening cooperation on disaster management within the region. The Centre’s director of operations, Arnel Capili, boasts of having an elite Emergency Rapid Assessment Team (ERAT) on the ground prior to Typhoon Hainan, and making pre-disaster risk assessments (PDRA). No PDRA of any kind was conducted by an ERAT in Myanmar. In addition, comparing the current crisis to Cyclone Nargis in 2008 cannot be sustained, owing to the difference in situation. No one has blockaded aid delivery, and, most importantly, lives are still at stake.

Officially, the AHA is still ‘monitoring’ the situation, having previously declared that the government relief efforts were adequate enough. How much destruction is needed to trigger action? How long is ‘Rapid Assessment’ supposed to last?
The absence of an ASEAN response of any kind up to this point serves only to extend the organization’s abysmal track record of regional intervention. The organization most often cites the lack of an intervening task force and hides behind the ASEAN Charter’s enshrined principle of non-intervention; labeled the ASEAN Way. This principle has evolved into a political tool, primarily to refrain from infringing member states’ sovereignty. However, sovereignty is out of the question on humanitarian grounds. As Nicholas Wheeler brilliantly illustrates in his book Saving Strangers, humanitarian intervention must be treated as a separate entity to the sovereignty dilemma, as any failure to do so seriously undermines the concept of an international, let alone regional, society as a whole. Furthermore, disaster relief as an effort is absent of underlying political motives.

ASEAN has long been an ardent opposition to any forms of intervention. The humanitarian agenda behind Vietnam’s intervention in Cambodia was roundly dismissed by then ASEAN leaders, though more distressing was the inaction that preceded it during the Khmer Rouge genocide. Despite an improvement towards the 21st century, this ‘steer clear’ mindset is still adopted, argued by proponents that it sustains harmony within the region. What use, I question, is harmonious indifference?

However, to confuse political turmoil with disaster relief would be misleading. Consider a closer, more recent example: the haze crisis of 2013. Forest fires from Sumatra had led to a thick, toxic haze blanketing parts of Malaysia and Singapore, and led to the then Indonesian President Susilo Bambang Yudhoyono issuing a televised apology.

Were preventive measures in existence? Absolutely. ASEAN had launched a range of programs since the 1980s to tackle haze, leading to numerous meetings, conferences, workshops and seminars on a variety of levels. Plans and agreements were made, such as the Regional Haze Action Plan in 1997 followed by the supposed ‘landmark’ ASEAN Agreement on Trans-boundary Haze Pollution in 2002. Yet how much did all these cooperative formalities count when it really mattered?

The floods in Myanmar may never receive ASEAN aid/assistance, and will most likely be shelved as just another natural mishap in disaster-prone Southeast Asia. But the legacy of these floods, and any subsequent calamities across the region, must not simply be (in a best case scenario) consigned to a series of inter-regional dialogues and signed papers. ASEAN needs to develop a long overdue enforcement mechanism, rather than the non-interference policy it has grown used to. As Einstein said, repeating the same actions over and over again AND expecting a different outcome is madness. Ultimately, it is not only a political, but a moral obligation for ASEAN for an aid mission to be conducted.