It’s been three tormenting weeks since Nigeria’s militant Islamist group ‘Boko Haram’ abducted around 280 teenage girls from a boarding school in the northern town of Chibok on 14 April. An estimated 200 heavily armed militants arrived at night in 20 vehicles to steal supplies such as food and kidnap the vulnerable girls. However, this was not a one-off event for this merciless terrorist group, as 8 more were abducted on Sunday in North-Eastern Nigeria, aged between twelve and fifteen years old. This news took several days to reach global news due to poor communication in the area. School records were burnt during the attack, making it difficult to establish, officials say, how many exactly were taken away. Officials also say more children may have escaped, with their families failing to report their return to the authorities.

Boko Haram’s terrifying leader Abubakar Shekau, currently the most wanted man in Africa, released a video on Monday confirming that his group abducted them, sickeningly claiming “God instructed me to sell them, they are his properties and I will carry out his instructions.” In the local language, Boko Haram means ‘Western Education is forbidden’. This title clearly states the group’s distaste for not only westernisation of the girls, but far more importantly education. Moreover, the group promotes the puritanical Islamic view that a woman’s place is in the home.

Boko Haram is not a new threat. They are responsible for the deaths of 1500 people in North- Eastern Nigeria so far this year. However, after the recent targeting of teenage girls, the violence can no longer be ignored by the government. Yet, Nigeria’s government appear to be struggling tackling the situation, their efforts appearing amateurish to most. It took days for security forces to talk to girls after they had escaped to find out what they knew about the kidnappers.

In their defence, the Nigerian government has said it is taking “discreet” action, and it does not want to do anything that could lead to the abductors killing the girls. In March 2013, another Nigerian militant group, Ansaru, killed seven foreign hostages, including a UK national, after accusing British and Nigerian forces of launching an operation to free them. The government’s main problem is that its intelligence agencies have largely failed to infiltrate Boko Haram – if anything, the group has been more successful in infiltrating official agencies. So the chances of the government having much inside information on the group’s activities are slim. 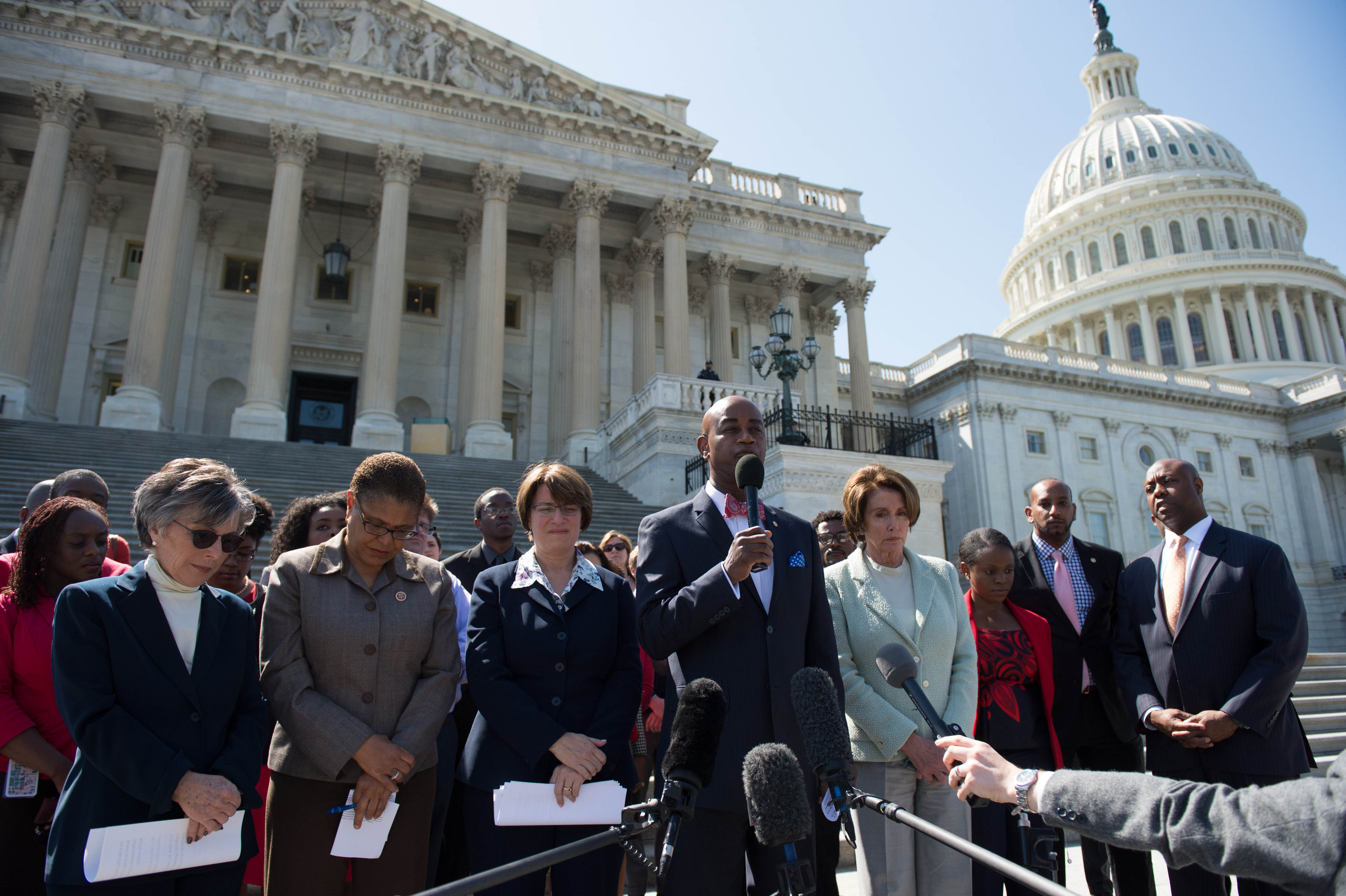 A moment of silence for those kidnapped, Washington D.C. / Photo Credit: Senate Democrats

Nevertheless, their slow reaction has caused increasing anger amongst the public, as many believe Boko Haram have been an imminent threat for over a year, acknowledged, but not addressed by the government. This frustration has taken the form of widespread protests and a social media campaign. Nigeria is heavily split along religious and ethnic lines, but all the main groups have united to put pressure on the government to secure their release. One Nigerian Twitter user urged Nigerian President Goodluck to at least be seen to be doing something about Boko Haram: “Nobody is saying GEJ should grab a gun and go into Sambisa Forest. All we are asking him is to show concern. Do something tangible.” However, the protesting and social media campaigning is above all against the atrocity of the situation, and Boko Haram itself, rather than the government. The hashtag ‘BringBackOurGirls’ has been tweeted and retweeted well over a million times since 23rd April. Voices like those of Unicef, Amnesty International and Hillary Clinton have joined the online movement, reflecting a growing internationalisation of the campaign.

The US has offered to send a team of experts, including soldiers and hostage negotiators. The UK says it is also providing “planning support”, with William Hague describing the kidnappings as ‘immoral’ and ‘disgusting’. Although this foreign aid is fantastic, foreign boots on the ground won’t be welcome, and although satellite imagery and aerial reconnaissance might help, the girls are believed to be hidden deep in the Sambisa Forest. This region is vast and almost impenetrable; rugged, dense and 40 times the size of London, the victims would be hard to spot even from the air. What’s more, the girls may well have been dispersed into smaller groups, or taken over the border to neighbouring Cameroon or Chad. Even if Nigerian military did launch a search into the Sambisa Forest, the girls are most likely to be held by heavily armed gunmen, possibly resulting in a bloody massacre rather than rescue mission. Therefore, finding the girls and returning them to their distraught families has been estimated to take over a decade, with many tragically never being found. I find this reality absolutely revolting, and can only pray for these estimates to be proven wrong. #BringBackOurGirls.