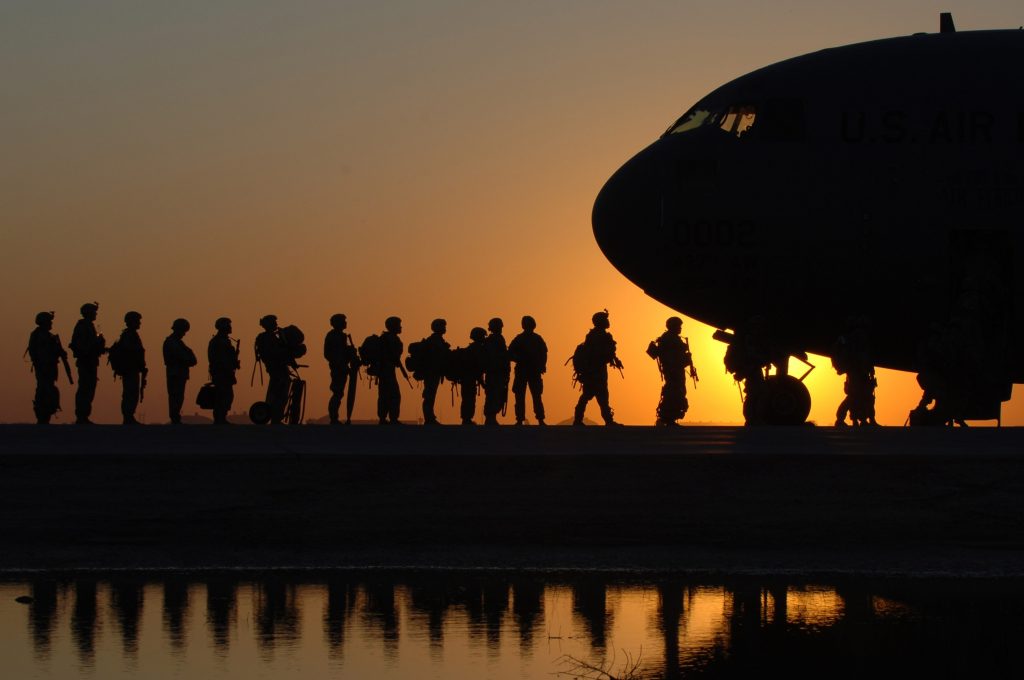 Will US troops finally leave Afghanistan as agreed in the Doha deal? (Image: Pixabay on Pexels)

The war in Afghanistan saw a historical shift this time last year, when US envoy, Zalmay Khalilzad, signed the Doha agreement with the Taliban. Tired of the war, President Trump was ready to leave, and promised to do so within 14 months. However, somewhat rushed through at the start of Trump’s tumultuous final year in office, the deal was weak, and paid little heed to the long-term future of Afghan democracy. With the new commander-in-chief inheriting the same quagmire that has troubled all three of his most recent predecessors, President Biden must choose whether or not to continue the withdrawal of US troops or scrap the deal altogether in another bid to prevent the Taliban from wresting back political power in war-torn Afghanistan.

The terms of the Qatari-brokered agreement were undoubtedly compiled with a degree of haste. As a result, the deal has only strengthened the Taliban’s position since it was signed last February. In Doha the US agreed to the release of 5,000 Taliban prisoners in exchange for both 1,000 Afghan security force prisoners and the cessation of ties between the Taliban and America’s other nemeses in the region: al Qaeda and Islamic State (ISIS). The deal did not, however, require the Taliban to discontinue any violence of their own and, in fact, assassinations continue unabated, including those of two female judges in Kabul last month. Even more worryingly, al Qaeda members still operate in Taliban-controlled regions. 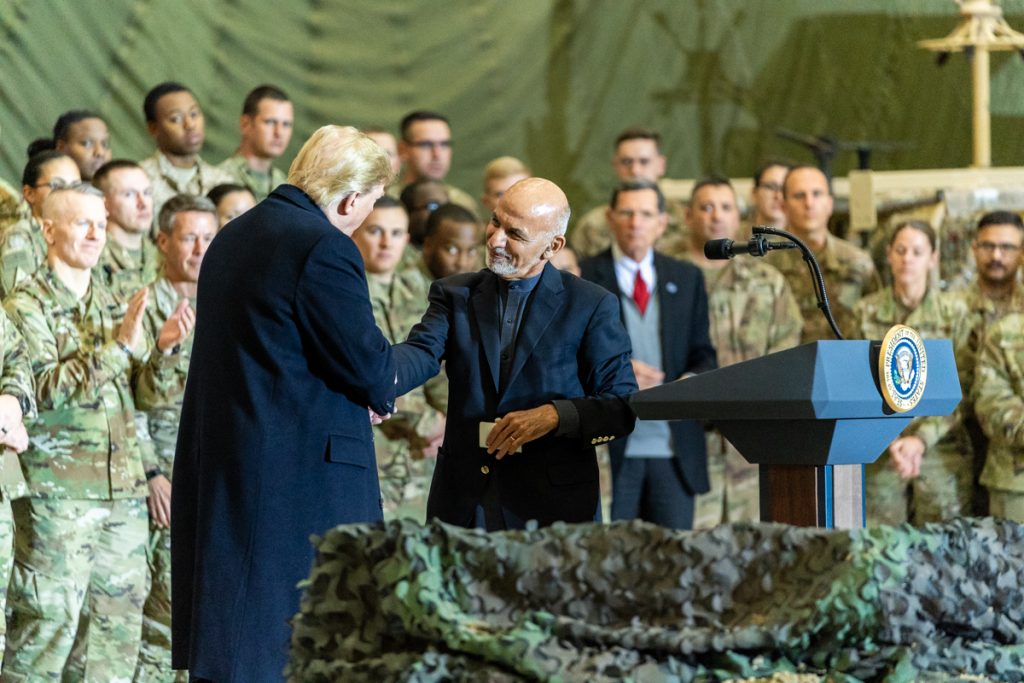 Having themselves interpreted the deal as a major win over a weakening United States, therefore, the Taliban have resumed business as usual and seem to be reaching a new level of confidence. If US troops do end up withdrawing entirely from Afghanistan in the near future, one suspects that any further peace agreements – unless more thoroughly considered than the botched Doha deal – will most likely also be ignored by the Taliban.

President Biden has already stated that the existing Doha deal must be reviewed before any further action is taken. Jake Sullivan, Biden’s new national security adviser, began talks with the Afghan government only a few days after the new Secretary of State, Anthony Blinken, confirmed the Biden administration’s intention to end the “forever war” in Afghanistan once and for all, while continuing to combat terrorism in the wider region.

It comes as no surprise that, while Biden is looking forward to withdrawing from Afghanistan, he won’t risk entirely removing the hard-fought anti-terrorist presence that the Americans have built there since 9/11. The task of retaining a respectable degree of control over al Qaeda and ISIS movements in the area, however, would almost certainly involve breaching the Doha agreement. So, any future negotiations will need to be handled very carefully indeed.

Biden’s ideal solution to the Afghanistan issue would be the Taliban agreeing to revise the Doha agreement, and allow the US to retain a small number of troops in Afghanistan for the purposes of counterterrorism efforts. Unfortunately, there is little chance that the Taliban would agree to rewriting the treaty so drastically. The Taliban have continuously stated, that any future presence of foreign troops is legitimate grounds for jihad, meaning it is an absolute non-negotiable on their part.

Perhaps the safest bet for Biden, then, would be to force an extension of the 14-month period during which US troops are required to withdraw, buying more time for ongoing peace negotiations between the Taliban and the Afghan government. While this kind of extension is Biden’s likeliest course of action, there is no guarantee that the two sides would reach an acceptable agreement by the end of the extension period. Unsurprisingly, the Taliban have proven to be uncompromising negotiators, while President Ashraf Ghani, too, has done little to support an American withdrawal. Having lost touch with his countrymen, Ghani is increasingly seen as a major obstacle to peace by the US. 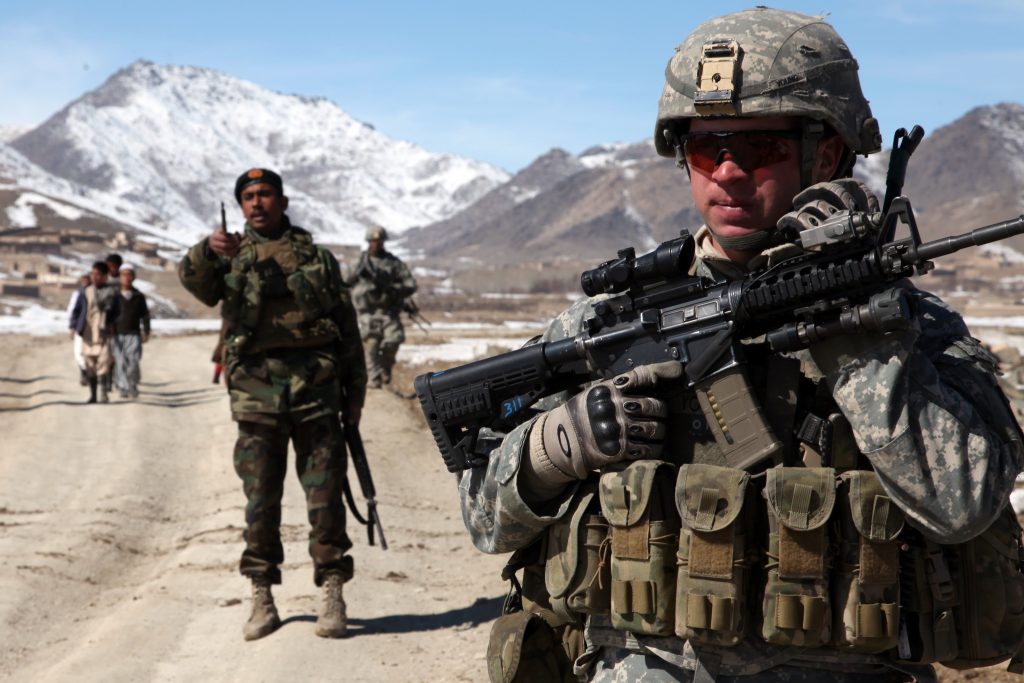 The war in Afghanistan has claimed more than 100,000 lives (Image: DVIDSHUB on Flickr)

Overall, it is clear that Afghanistan’s future is no more certain than it was when US troops first arrived in the country almost twenty years ago. With dialogue, however, there is always hope: optimists, at least, believe that Afghanistan might see an end to its brutal conflict within the next decade.

President Biden may well be the ultimate arbiter in deciding that fate. As the agreed withdrawal date approaches, the coming months will be critical. After more than four decades of war – from the Soviet invasion of 1979 to the Taliban insurgency and its years of oppression – Afghan civilians are desperate that the new US President does not fail.